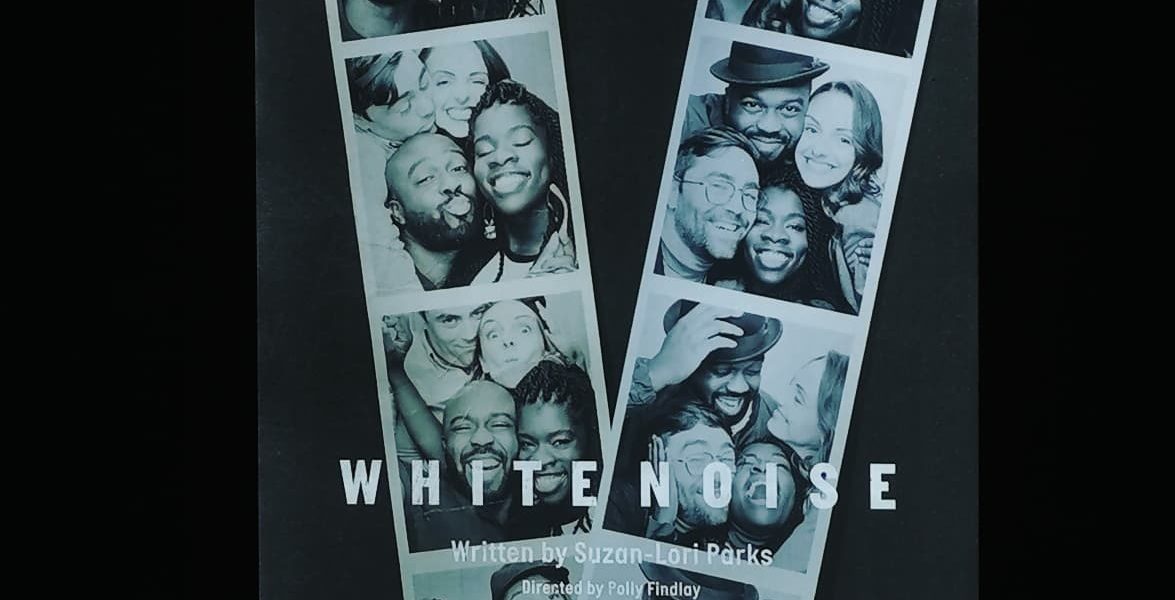 White Noise is having its European premiere run at the Bridge Theatre , this new play by Sozan-Lori Parks takes a look at race in the 21st century. The play introduces us to four friends who have been close since college, Leo, Misha, Ralph, and Dawn. Leo suffers from insomnia, which stops him from developing his career in the way he had intended to, while he sees his friends progress and be successful. At night when he cannot sleep, he likes to walk through the neighbourhood, but one night he is stopped by police and roughed up.

The incident leads to him, and his closest friends, reconsidering the role race plays in their day-to-day life. Leo is so shaken by the racially motivated violence he experienced, that he goes to extreme lengths to come to terms with what it means to be black in today’s world. White Noise considers so many angles and viewpoints with jarring and quite extreme discussions, challenging some of the friend group (and by extension, the audience) to examine their “wokeness” and their own view of racism and equality. Presenting four different perspectives, there is a lot to confront and think about in this play. I was at the edge of my seat for most of the 3hr performance, drinking in all the heavy discussion points and emotional revelations presented.

White Noise is another new play examining internalised racism and its effects in our society, lingering preconceptions and what they do to people. It is definitely jarring at times, but important and intense. I hope this play will be around for a long time to come!