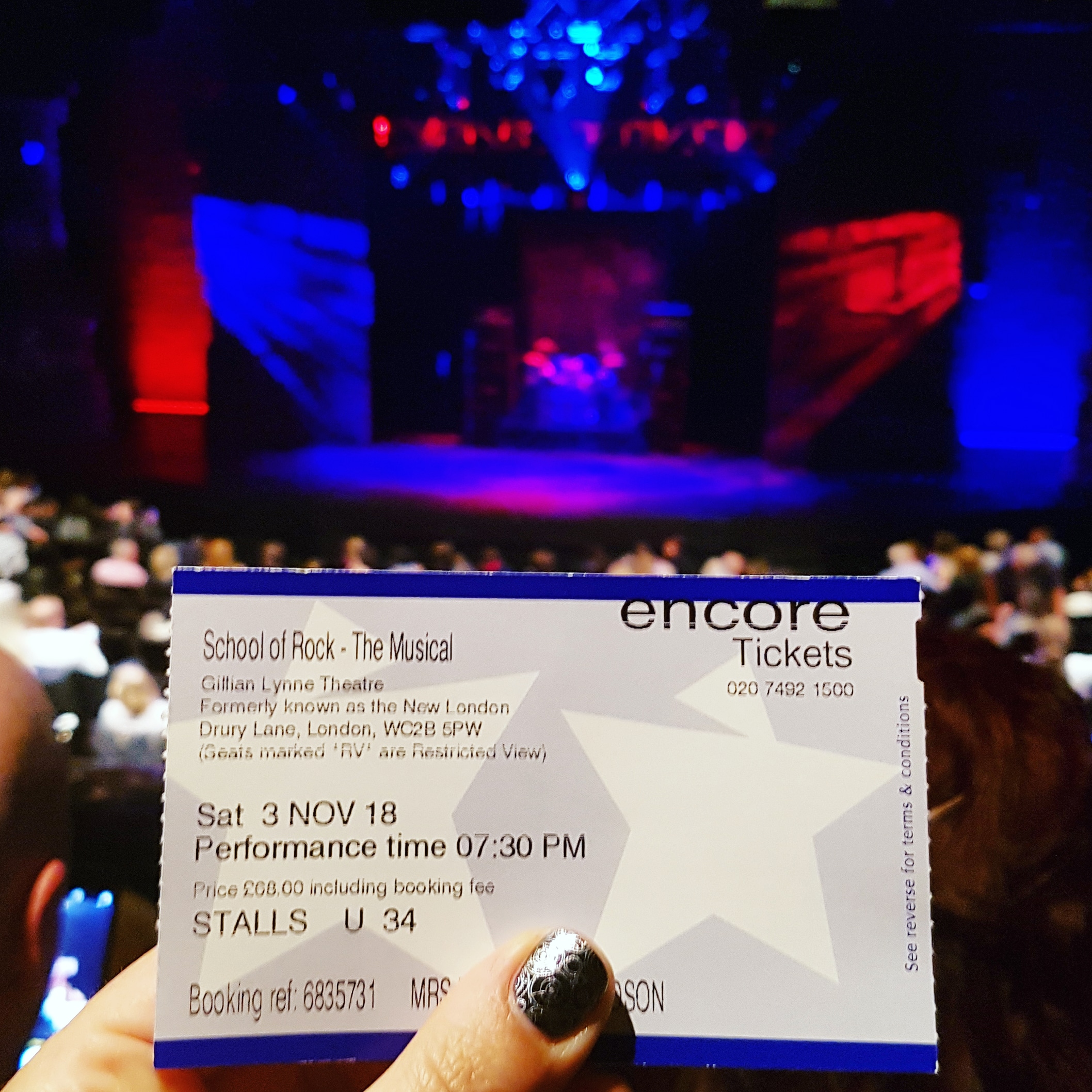 Being in lockdown due to the corona virus pandemic, I thought I’d use the time to work on my backlog of shows I never got around to review back when I actually saw them. I just don’t always have the time to write reviews right away and sometimes they just fall into an eternal backlog that I am now striving to work through! I actually viewed this production on 03 November 2018 and am writing the review with my theatre notes written during and after the performance.

I was lucky to grab a pair of tickets from someone who couldn’t go anymore, and they were very decent view as well! Back of the stalls with a clear view of the stage. I’ve wanted to see this musical for a while as I thought the film was fantastic and could see how it would work on stage really well.

The musical is based on the film of the same name, of course. If you haven’t seen the film yet, what are you doing with your life? Get on that! The story follows out-of-work musician Dewey Finn who recently was kicked out of his band and lives with his long-time friend Ned Schneebly (and Ned’s girlfriend), whose identity he picks up to pretend to be a substitute teacher as a last resort to scrounge up some money. He quickly discovers that the fifth-graders have great musical talent and turns school lessons into band practice to try to get to local talent show Battle Of The Bands to take revenge on his former band members.

Of course everything goes hilariously wrong, misunderstandings and accusations ensue, and Finn has to come up with clever work-arounds to make his own dream, which by now the children have taken to heart, come true. What I found most impressive about the stage show was that all the children were playing their own instruments live on stage, there is an incredible amount of ridiculous talent on that stage! Not only do the kids nail it with their acting and singing, their musical skills and abilities are off the charts.

Unfortunately School Of Rock has now closed in the West End, but while it was on, it was definitely an experience. A stage packed with talents, the film plot deftly adapted to work on stage, and a brilliant soundtrack made this the perfect family musical to enjoy.

I definitely had a fantastic time seeing it.