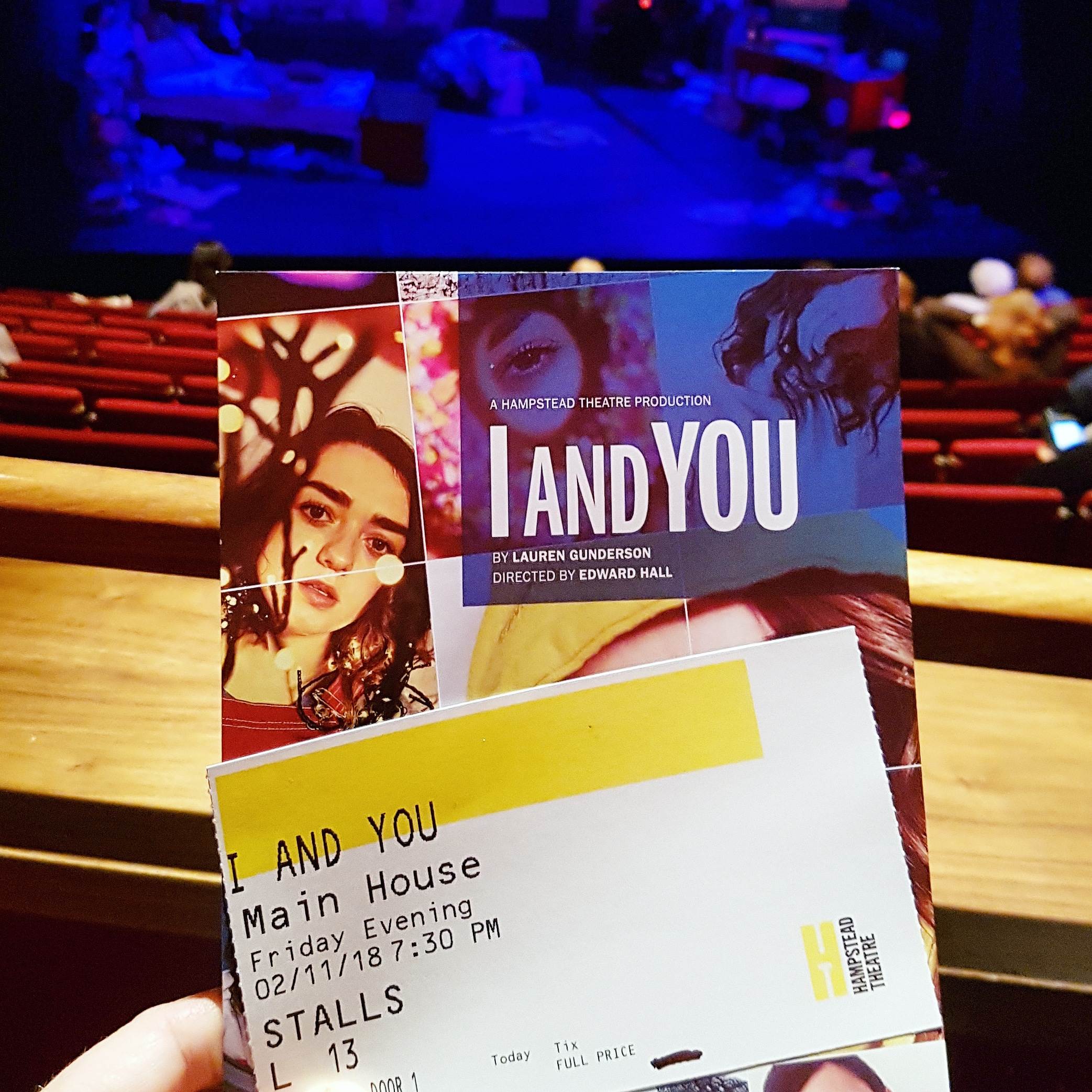 Being in lockdown due to the corona virus pandemic, I thought I’d use the time to work on my backlog of shows I never got around to review back when I actually saw them. I just don’t always have the time to write reviews right away and sometimes they just fall into an eternal backlog that I am now striving to work through! I actually viewed this production on 02 November 2018 and am writing the review with my theatre notes written during and after the performance.

When I heard that Maisie Williams will be making her stage debut alongside Zach Wyatt, I had to get tickets to experience the play. So I grabbed a friend and ventured out to the Hampstead Theatre to see I and You.

The story follows Caroline, who is confined to her room due to illness, and her classmate Anthony, supposedly sent to work on a class project with her. The chaotic and creative room Caroline constantly paces in is very well design to showcase the personality of the teenager, and highlight her lonely existance, despite her adamant denial of loneliness. Claiming she was connected through Facebook and most definitely not shut off from society, the two quickly built a relationship of mutual trust and usefulness.

The whole thing felt a little over-directed and stiff to me, not the way teenagers would typically communicate with each other. It wasn’t over-the-top unrealistic, but just felt ever so slightly off and overly managed. The story progressed slowly while Caroline and Anthony learned more about each other and became friends, all the while giving little hints of foreshadowing.

The big twist at the end didn’t feel quite as surprising to me as it apparently did to many others, judging by their reactions. I thought it was a little contrived and almost esotheric in a way. Not necessarily to my taste personally. However, the acting and stage design were quite good. Unfortunately the whole thing didn’t come together smoothly for me.