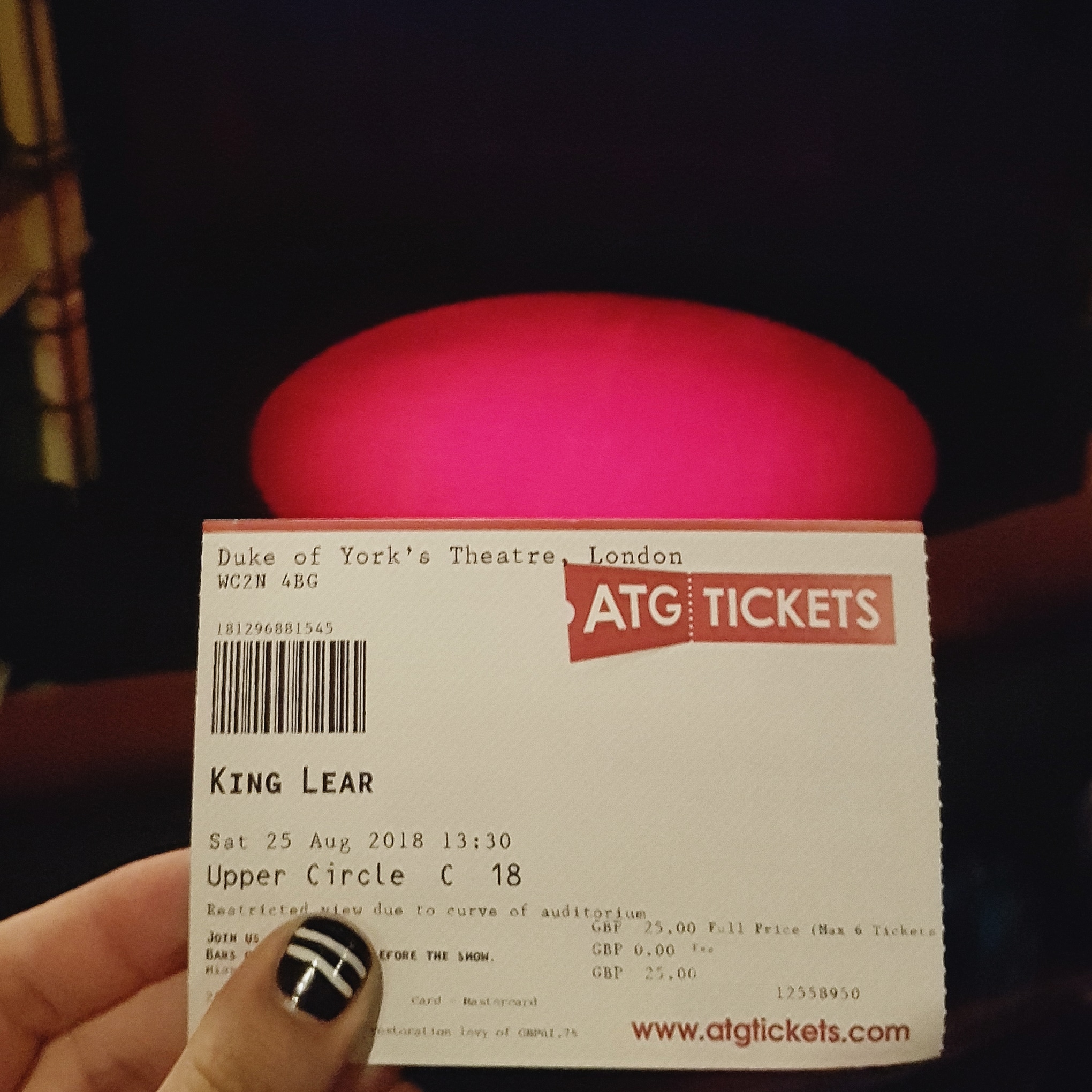 Being in lockdown due to the corona virus pandemic, I thought I’d use the time to work on my backlog of shows I never got around to review back when I actually saw them. I just don’t always have the time to write reviews right away and sometimes they just fall into an eternal backlog that I am now striving to work through! I actually viewed this production on 25 August 2018 and am writing the review with my theatre notes written during and after the performance.

This was a while ago, but I went to see the National Theatre production of King Lear starring Ian McKellen back in August 2018. I love seeing Sir Ian on stage, he really is an extraordinary actor and always a joy to watch. Combined with King Lear, I thought we were really in for a treat and very much looked forward to the production.

The stage started off being dominated by a large red circular rug, that played centrepiece to the entire play in different interactions, starting as a rug and later becoming a dirt pit. What struck me first was the relatively modern military look of this production, with costumes and props looking quite contemporary and fresh. I usually really like updated, modernised Shakespeare productions, but for some reason this one didn’t convince me quite as much. It just seemed like they didn’t fully commit to the modern look within the actions, which made it feel more like a gimmick than a production choice.

The acting throughout was absolutely stellar and very convincing and passionate. Some of the starkness and visceral graphicness of this portrayal almost went too far for my taste. Can we say stomped eyeballs, everyone? Yeah, that one made me more than wince.

Again, throughout the last few scenes I felt that it just didn’t work to have a group of people in full military garb with machine guns stand around while two people stab each other with knives. If you’re going to modernise the look, why not make them shoot each other? It just seems to make more sense to either fully commit to modernisation or leave it out completely and not have anyone wield modern weapons. But maybe that’s just my own taste when it comes to the approach of Shakespeare plays.

While I did enjoy the play overall, I found it just didn’t come together as well as I had hoped.