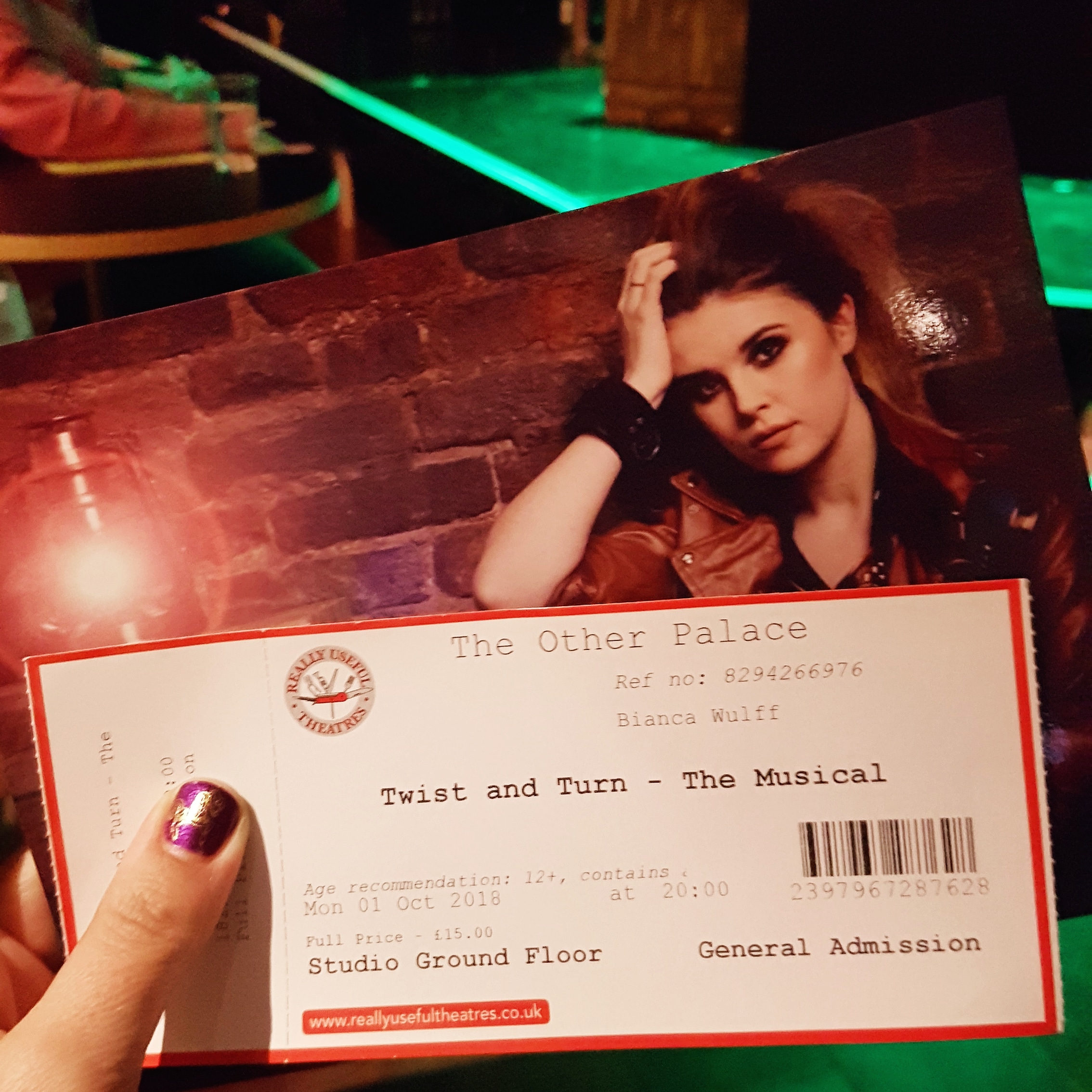 Being in lockdown due to the corona virus pandemic, I thought I’d use the time to work on my backlog of shows I never got around to review back when I actually saw them. I just don’t always have the time to write reviews right away and sometimes they just fall into an eternal backlog that I am now striving to work through! I actually viewed this production on 01 October 2018 and am writing the review with my theatre notes written during and after the performance.

I got to see a workshop production of Twist & Turn, a new musical that centers a love story around the Isle Of Man’s annual TT races. This brand new musical was produced for an audience for the first time at the The Other Palace theatre, it centers around local hero Robbie who has forged an international career based on his success at the TT races and now returns to his childhood home to reconnect with family and friends.

The story itself seems relatively run-of-the-mill, with conflicts between past lovers, sibling rivalries, and fights within families and between competitors. I personally didn’t find the story very compelling, which might have had something to do with how small the stage was for a musical that feels like it should be a whole lot bigger. The music, however, absolutely elevates this production to greatness.

The songs strewn throughout Twist and Turn seem much bigger and more ambitious than the story itself, which is an odd contrast really. The basis for a great production is definitely there, and with a larger stage, more props/stagedesign/costumes, and some tweaks to the rather lack-lustre storyline, this can become a really sparkling production indeed.