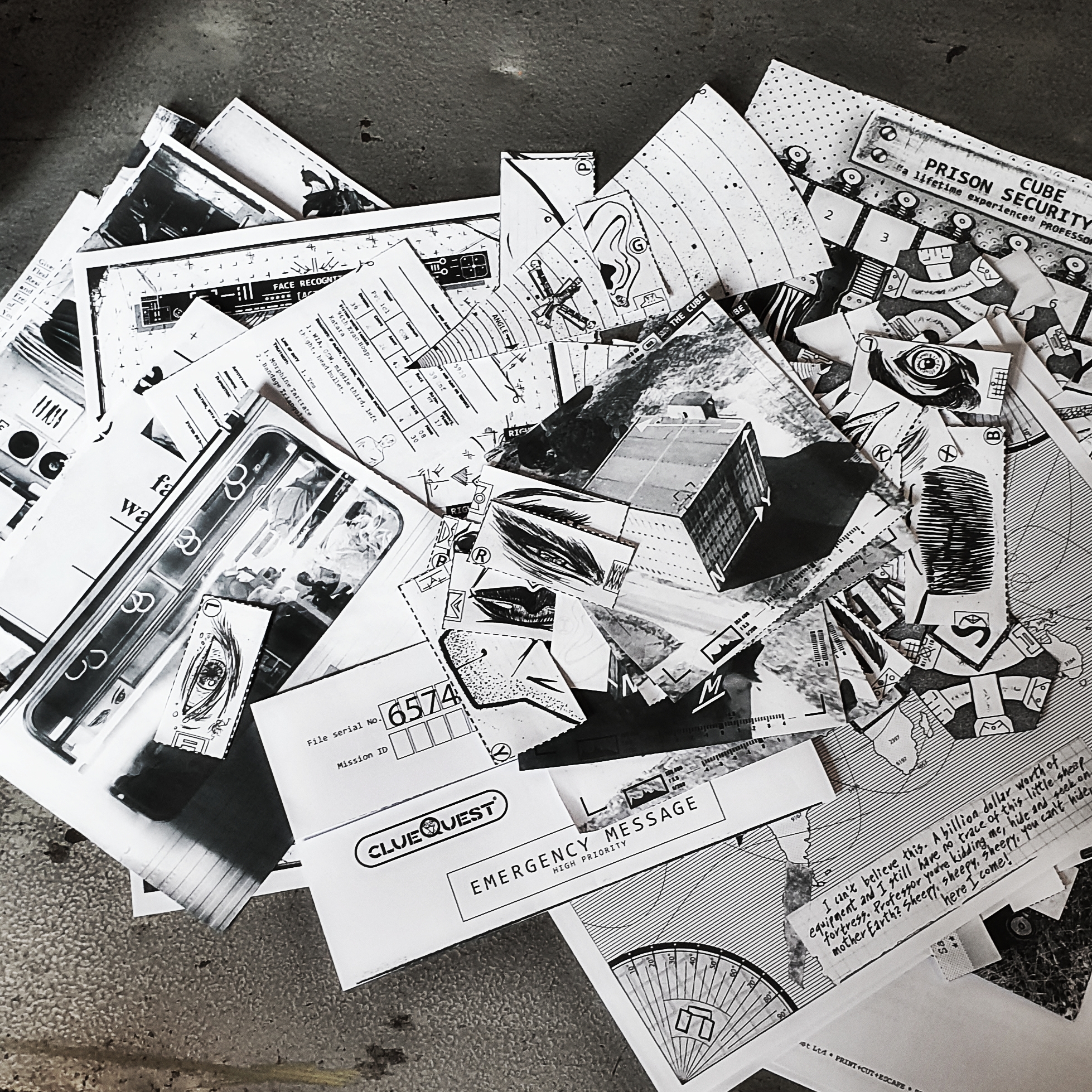 Today I was invited by the lovely Love PopUps London to join in a game of Print – Cut – Escape by clueQuest. This is an online escape room that can be played by several households through an online video chat. It comes with 24 pages that need to be printed out and cut to size to be used to solve the puzzles.

The basic package for print-at-home costs £12 per game, but you can also get a premium version for £25, that comes with pre-printed and cut pages for your convience.

We played with four households of 1 player each. Unfortunately only three of us had the material printed out as the fourth didn’t have access to a printer. We tried to use Zoom to help out with this, but as most of the puzzles are quite complex and come with many smaller pieces, it was a little difficult to involve the player who didn’t have the print outs at home.

It took at good 30 minutes to print all 24 pages and then cut them into pieces as instructed. There are A.LOT.OF.PIECES to cut out. I understand that it’s meant as a hands-on at-home challenge, but I feel many of these puzzles could have easily been provided online to cut down on paper and ink usage. Especially the ones that were just images with clues in them, and the face generator game, these just seemed like a huge waste of time and paper and ink to have to print and then cut into a myriad pieces. Of course there’s the option to have it sent to you pre-printed and cut, but it’s still wasting a lot of paper for one escape game.

The puzzles themselves were quite challenging, but we figured them all out bit by bit. Sometimes it was a little difficult to figure out what we were even meant to do, but with the clue system and some thinking we managed quite well. It took us an hour and ten minutes to work through the storyline, which is in keeping with clueQuest’s overarching theme of working with Mr. Q’s secret agent network against Professor Blacksheep and his evil plans. Having played all of their current rooms, it was nice to see some nods to their usual theme.

I found the escape game to be well thought out with several different challenges, but overall was very disappointed with how it was all provided on paper rather than having elements online that all players could have accessed. It could massively be improved upon by moving several of the puzzles to simple online challenges, rather than wasting 30 minutes on print and cut and then having to throw out all of those pieces after the game is done.

Still, we had a lot of fun (the ones of us that had access to the printed materials) and found the game challenging but interesting.The reduced rating is really only due to the paper/ink wastage, other than that it was a great game! Thank you Jo from Love PopUps London and the lovely agents from clueQuest for this fun challenge!