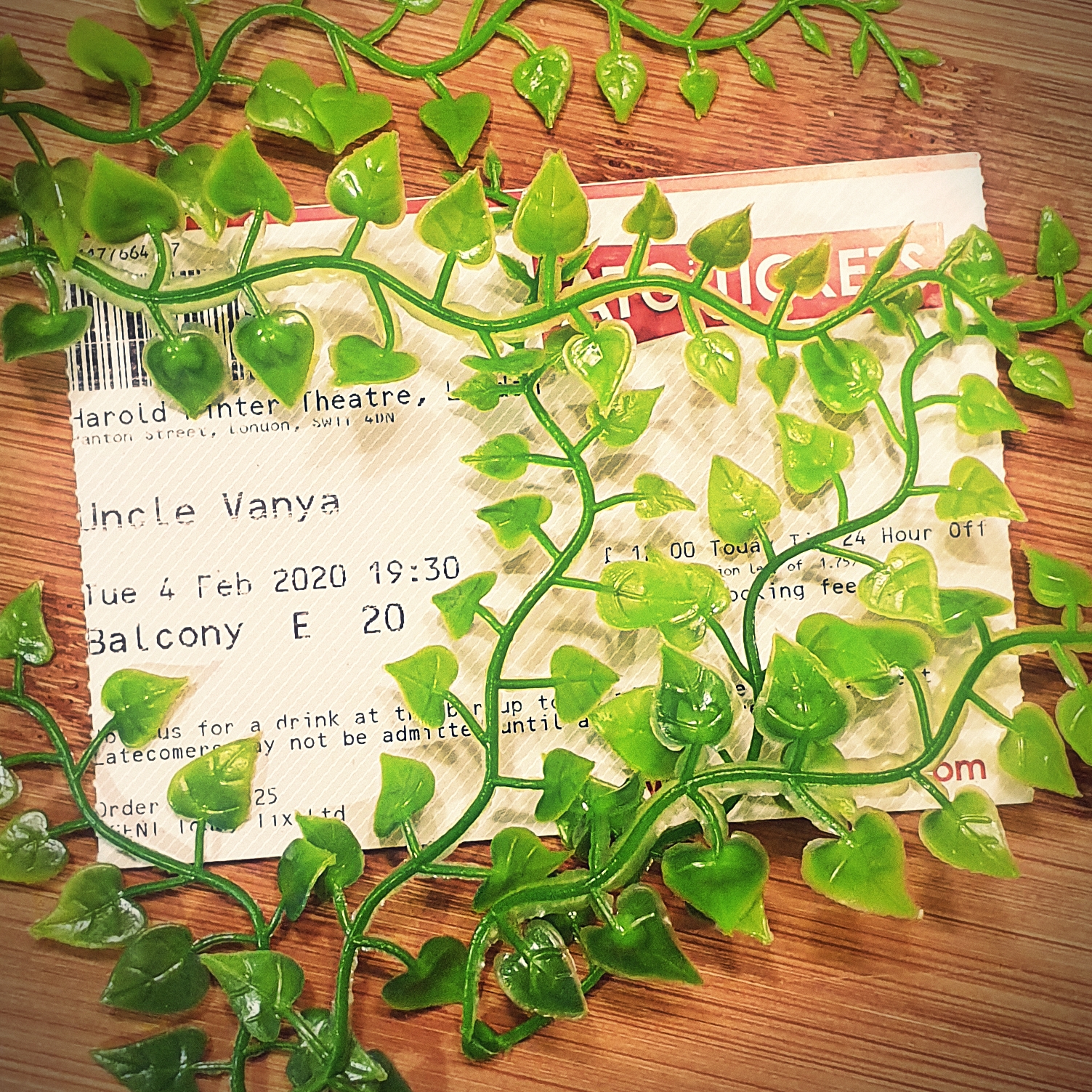 The stage design for this play is absolutely outstanding, with a stage that is turned into a run down and somewhat grubby main room of a country house, with scuffed wooden floor boards that look quite grubby and water damaged around the edges, dirt and grime piling up in the corners and climbing up the walls, fallen leaves and branches around the large window front to one side. A gorgeously designed stage with beautiful and practical furniture and a lot of space for the actors to work with.

Uncle Vanya takes place at the turn of the 20th century in rural Russia, on a crumbling country estate. Professor Serebryakov returns to the estate with his young and beautiful second wife Yelena. The estate is run by Vanya, the professor’s brother in law, Maria, Vanya’s mother, and Sonya, the professor’s daughter from his first wife. They all live a relatively plain and boring existance in the countryside, neither of them seeming particularly happy with their lives, only rarely visited by local country doctor Mikhail Astrov.

Sonya is in love with the doctor, but described as too plain and unattractive to be worth his time, while both Vanya and Astrov immediately fall in love with the beautiful Yelena, who quickly grows bored with her much older husband and life in the country. When the professor announces that he intends to sell the estate to use the money to afford a better, more glamorous life in the city for his young wife and himself, things spiral out of control as those living on the estate fear for their own future and livelihood.

The story itself is of course quite old and not necessarily applicable to modern life, but it also seems very dependent on stereotypes and charicatures, rather than nuanced characters with rich internal lives. Overall it didn’t seem very convincing nor engaging, with characters making very questionable choices and the ending being incredibly bleak.

While visually very well done and beautifully presented, the story just didn’t convince me. Most of the characters were too predictable and tropey in their behaviour and didn’t seem like real people dealing with real problems. Everything felt a bit contrived and definitely too lacklustre and bleak in the end.