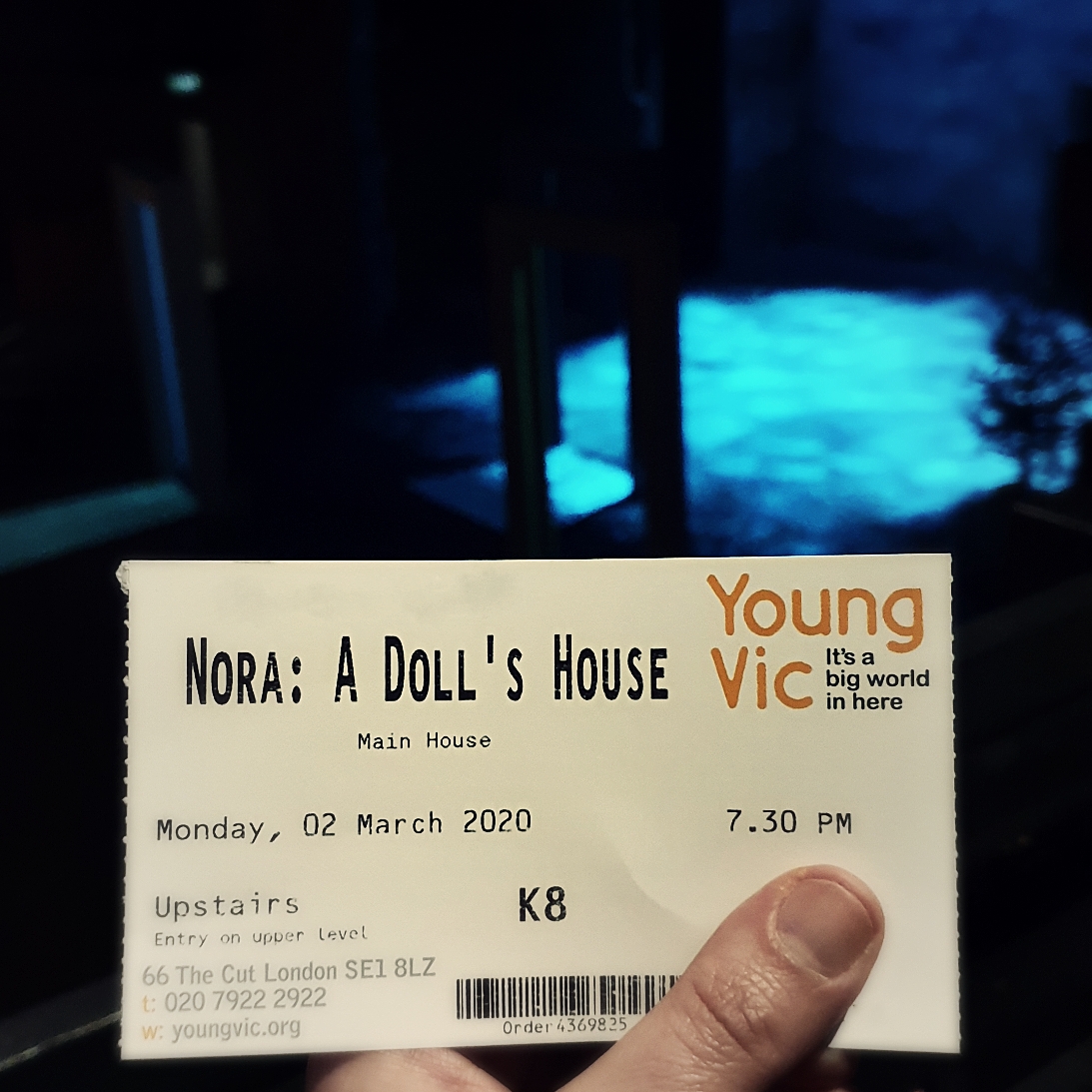 On the first Monday in March I was invited to see Nora: A Doll’s House at the Young Vic theatre. I was a bit apprehensive at first, as the summary given and the poster make it seem like quite a stark play and I wasn’t sure if I could stomach it with having had a rough few weeks myself and needing some uplifting distraction instead. But I went with an open mind and was pleasantly surprised by this gem of a play.

Nora, A Doll’s House, is a radical new version of the 1879 play by Henrik Ibsen. It adds to the original by pairing Nora from the 1870s with another Nora in the swinging sixties, and another Nora from today. The three women simultaniously experience parallel difficulties and question their life’s decisions and roles as women and mothers in this world. Examining the achievements and shortcomings of women’s liberation, feminism, and society as a whole, we follow these women through difficulties and epiphanies, love and loss, important decisions and dangerous ideas.

The show is choreographed and played so brilliantly, everything works like clockwork, the passing the baton from one to the other without dropping a beat. A beautiful example of how powerful a story can be when told simultaneously by several characters. The minor differences through the times stand out without being distracting, everything falling into place easily and without confusion. This exploration of women’s place in society now and a hundred and fifty years ago starts off feeling bleak and hopeless, but dives into strong decisions spurned on by the fates and actions of friends and family, leading to the three lives woven so closely together diverting into very different directions.

Starting off so strongly but bleakly, the play quickly gains traction and flies into hope and a spirit that was unexpected. Showing how even a quite hopeless seeming situation can be changed with a little help and a lot of courage, the decisions taken lead all three Noras to very different fates and beautifully demonstrate how a little agency and independence goes a very long way.

Nora, A Doll’s House, is a gorgeously intense play with an uplifting ending that I can’t recommend enough. Whether you’re a woman or not, this play showcases women’s place in society and how it has, or hasn’t, changed through the ages, and is a spirited show that’s absolutely worth seeing. If even for the marvel of how perfectly timed this show and all its actors are. Nora is still running until the 21st March.