On Tuesday I ventured down to the Old Red Lion Theatre to see the three-play production Nuclear War / Buried / Graceland. Despite being a very small theatre, I really like the Old Red Lion. Their upstairs theatre room is quite intimate as the wooden benches are very close to the stage area. I’ve seen a few audience-participation plays in this theatre and they work incredibly well due to the limited space.

This triple-play production consists of Buried, Graceland, and Nuclear War, three plays that revolve around pain, loss, and the human condition. There are two 50 minute acts with a 15 minute interval, the production still runs until the 21st of March. 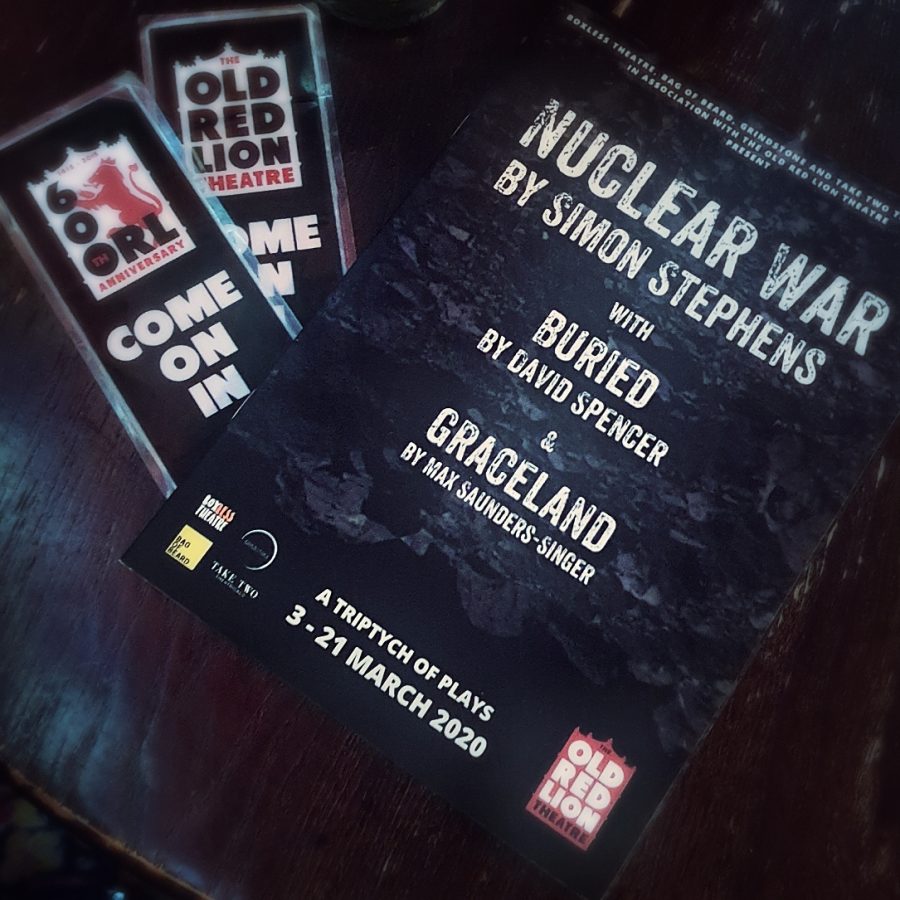 Buried is the first play to be performed, it is the emotional and intense story of Max Spencer’s life, told through the words of Max’s son David Spencer, the award winning writer of the play, and through the movement and voice of Max’s grandson, James Demaine. The stage is kept quite dark with spotlights where needed, as Demaine whirls across the stage in this non-linear tale of suffering and uncertainty. It’s gripping, it’s vivid, it has its funny moments and its gut wrenching moments. A beautifully harrowing tale of loss of humanity and the real life terror of war.

After the interval, Graceland is the first play to be performed. The setting is very different, with a traditional school desk, complete with attached chair, and a blackboard with lewd writing on it. Anthony Cozens plays Mr. Chrichton, a science teacher close to a mental breakdown, and we as the audience are being thrown into being his science class. Max Saunders-Singer’s play is very much directed at the audience and demands attention and participation. It starts off absolutely hilarious, but quickly veers into the chilling. Graceland examines betrayal, loss, and human capacity for pain and anguish. A stunning piece of writing that is perfect for providing some levity after the darkness of Buried, but is still very much on theme and works really well.

Lastly, it is time for Nuclear War, written by Simon Stephens and performed by Zöe Grain and Freya Sharp. This piece of movement theatre is presented in perfect timing between the two actors, overlapping each other’s speach, speaking simultaniously, moving in perfect unison. Nuclear War tackles the flow and heartache of loss, the difficulty of moving on and letting go, but in a more aetherial and uplifting manner than the two previous plays. It’s the perfect ending to this tryptich of plays, being a little less tangible while also imbuing the audience with a little lighthearted hope. 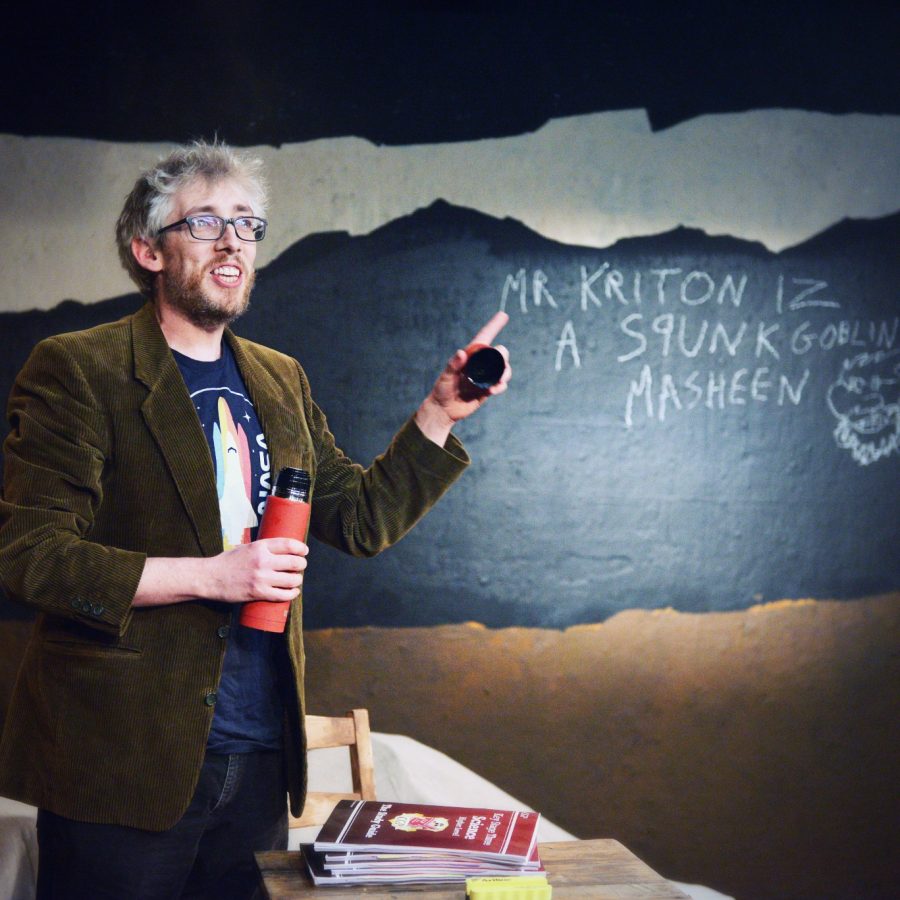 The three plays work very well together and are set in the perfect order, from the starkest to the most uplifting one. This is theatre for the heart and mind, theatre that makes you think and feel. A great conversation piece and beautiful selection of stories to present together.

Not light entertainment, but an examination of the trials we face as humans, the capacity we have for trudging on or letting the pain consume us. Very well presented and hard hitting in the best kind of way.