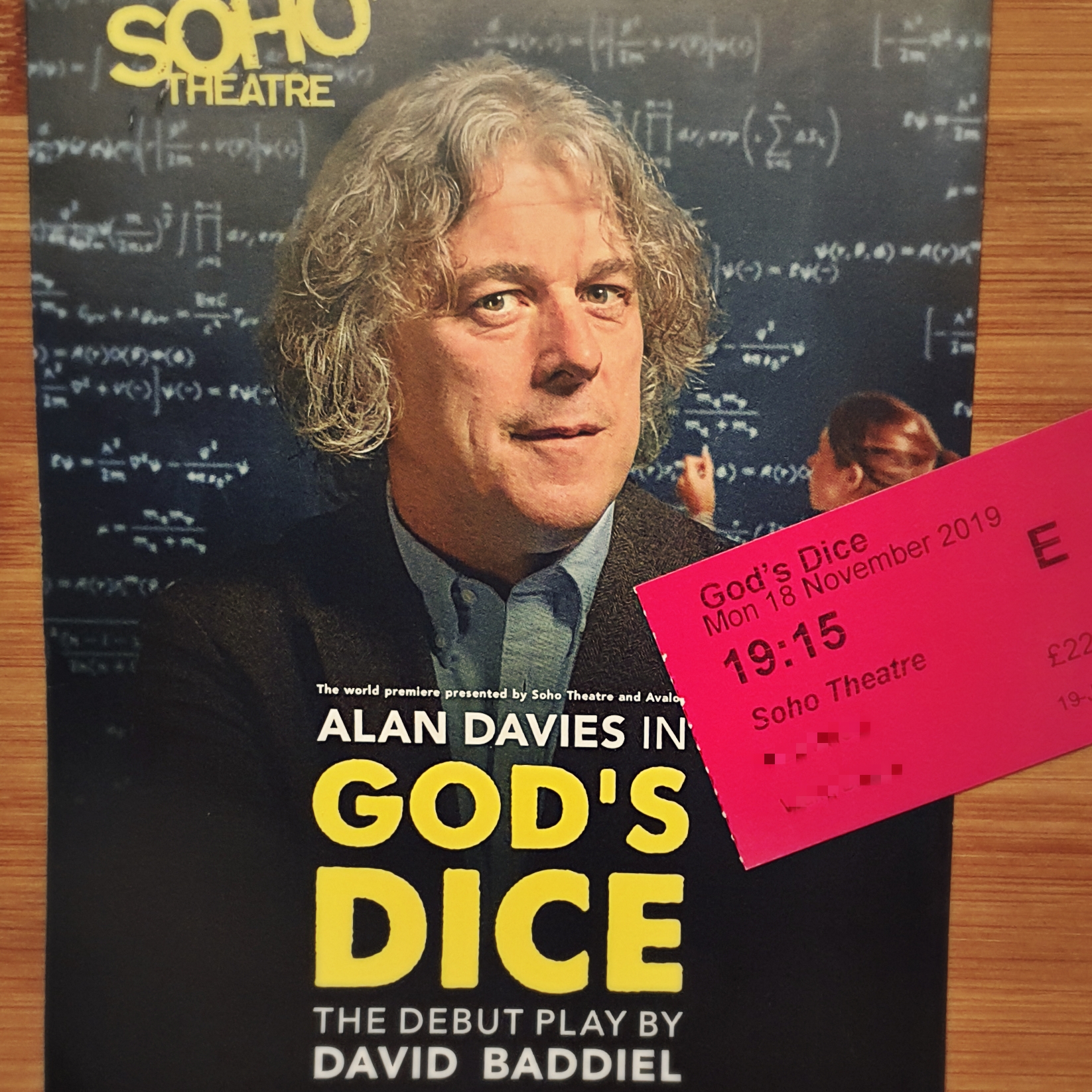 In November I went down to the Soho Theatre to see God’s Dice, a new play by David Baddiel about the power of belief in our modern world, and the quest for truth. It sounded like an interesting juxtaposition of belief in god and belief in science, so I grabbed a friend and went to find out what it was all about.

God’s Dice follows university physics lecturer Henry Brook, whose life is turned upside down when student Edie proposes a research project that could prove the existence of god by finding the mathematical formulas that would explain miracles mentioned in the bible. As an atheist, married to a celebrity author who focuses on atheism as her main subject, this intrigues Brook at first, so he agrees to work with his student. She pushes the project into being published as a book and starts curating an ever growing online cult around these new scientific revelations she deems to be proof of god.

As the online community grows, the whole thing goes a bit off the rails. Brook’s new followers attack his wife, who begins to question their marriage and her husband’s sanity in the process. Edie stokes the fires by starting to host sermons about what she believes to be a new faith that marries science with religion. Brooks himself doesn’t know where he fits in and questions his own beliefs and motives throughout the play.

With a very well organised stage that can double as lecture hall, cozy living room, small pub, and even a church, without changing too much, this play is very convincing. Though there are funny moments throughout, there is an underlying feeling of dread for me. As someone who has read a lot about cults and what happens when they go wrong, this play left an uneasy feeling, which I believe is exactly what is intended.

It is a great conversation starter to discuss the validity of using scientific methods to prove or disprove faith, what it means to be religious in our modern times, and how far is too far. Utilizing modern media and the implications of easily gathered followers who can be whipped into an attack mob and used to quieten any naysayers is a thoroughly contemporary element many modern plays lack. God’s Dice follows a very realistic timeline and plot that could have been ripped right from Twitter headlines.

I really enjoyed this play, though it is a bit dark and bleak in places and left me reeling for quite a while after.