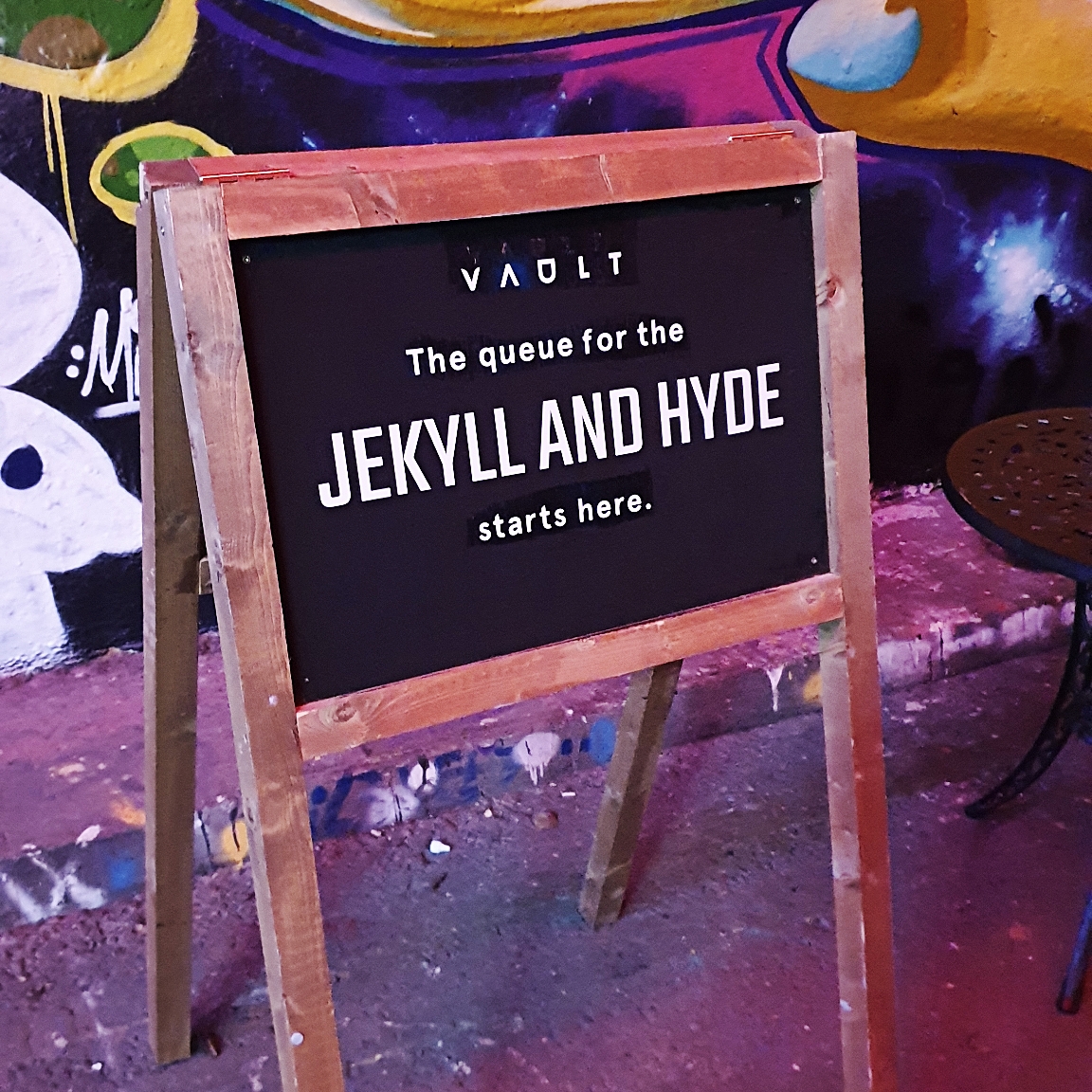 Last night I was invited to try out Fire Hazard Games‘ newest street game, Jekyll/Hyde, currently hosted at the Vault Festival. The immersive game is set up for teams of one to three players and works through a website that provides the teams with clues and riddles to solve. Jekyll/Hyde runs for approximately two and a half hours and is mostly played outdoors.

The premise of the game is quite simple, we have all lost our memory of what happened the previous night. All we know is that we were at a party where we were convinced to drink an experimental serum as part of a an experiment by Mr. Frey. We are now gathering in the area once again to retrace our steps and regain our memories. There are three characters to help us along the way: Jude Edmonton, the lawyer, who is here to help us all deal with the consequences of last night’s actions. Emerson Frey, the chemist who invented the serum we took, and is very interested in continuing the experiments. And Aubrey Goldmann, the psychoanalyst, who is very worried about our mental stability after last night’s antics.

To start off with, there are some clues to solve right inside the graffiti tunnel, which is a little more complicated than it should be as phone reception is very spotty here. Eventually we worked out all the clues though and got the website to work and headed off to the next location. There was a choice of four destinations, easily located on the map we were given. At each location the website provided us with new clues and riddles to figure out what we had done here the night previous, giving us choices as to the severity of our actions.

All locations were quite easy to find with the printed map, and most of the riddles, though cryptic at first, easy to solve once we were in the area. For each area solved, new choices were added to our online diary. Along the way there was a possibility of running into the characters described above, who all have their own reasons for trying to manipulate things their own way.

There were so many choices to make and due to the myriad locations, we only ran into another team once along the way. We had so much fun making our way through the story and “recovering” memories of last night’s exploits. This game is very well thought out and has so many different paths each player can take. For the final scene, all teams are called back to discuss and see how our actions have influenced the fate of the group.

Of course this is a game with a few pre-determined endings, but it feels like there is a lot of freedom to choose and self-determined story lines for each team of players. Jekyll/Hyde has a high replay value as it is completely up to the players to decide which locations to visit and paths to choose. We definitely had a ton of fun playing this immersive game and wreaking some havoc across the southbank. What a well thought out and different game! I can definitely recommend it and will very likely book to play again, it was just so much fun.