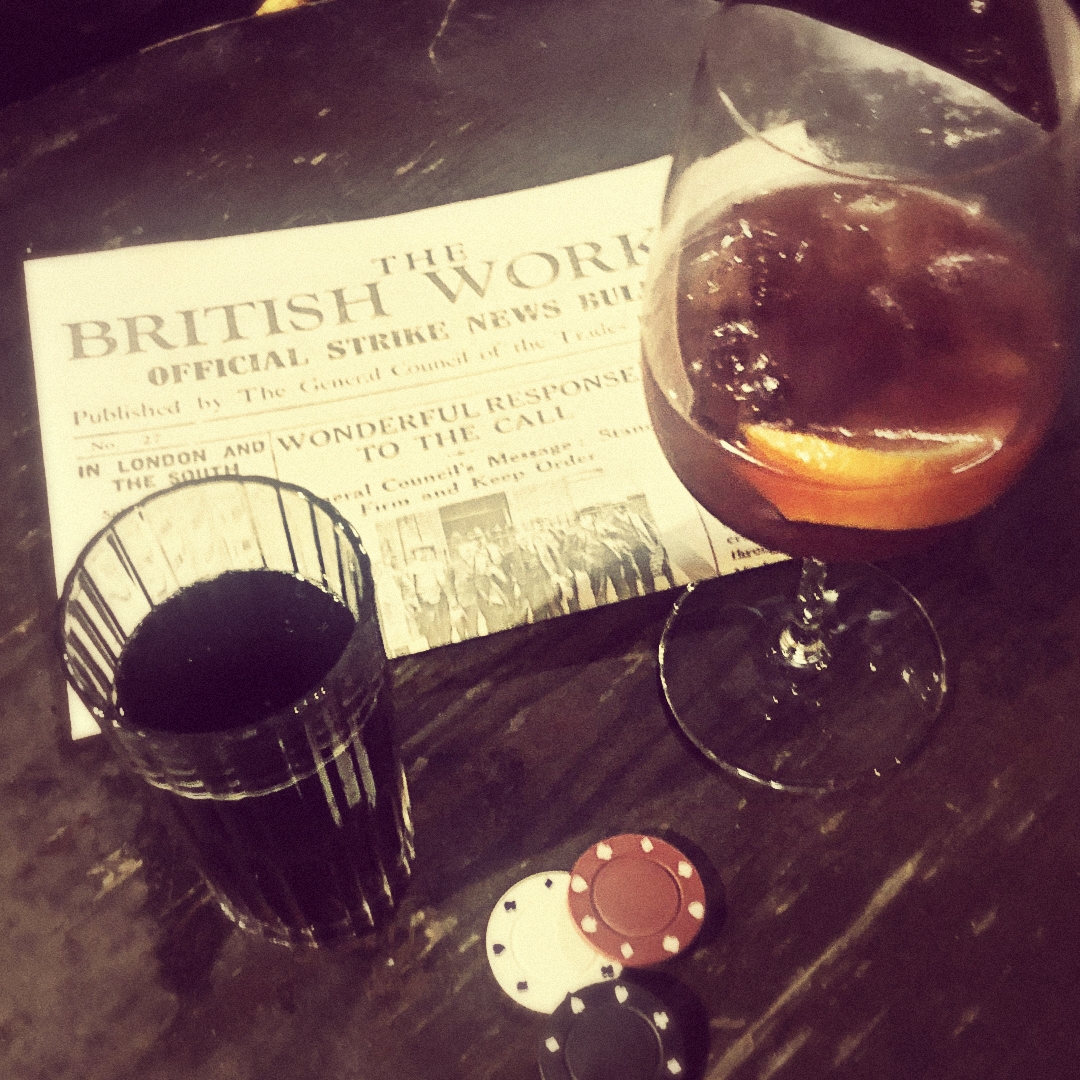 Last week I was invited to come along to Colab Theatre’s newest production, Crooks 1926. This immersive theatre project takes us back to 1926 to be thrown into the seedy underworld of London’s crime gangs and their territorial rivalries.

Crooks 1926 is staged at the Colab Pub, a short walk from both Borough and Elephant & Castle tube stations. There is a small bar in the venue where a variety of thematic drinks can be purchased, and a few side rooms in which the action takes place. There’s also a somewhat damp and a little mouldy basement area that is part of the space, it’s all very on theme and gives just the right feel to this seedy adventure. Due to the layout of this old building, it is unfortunately not at all accessible, a feature that is sorely lacking in most Colab productions.

I don’t want to give too much of the plot away, so will keep things relatively vague as with most of my reviews of immersive shows. So enjoy this spoiler free review to whet your appetite for this fun little show.

My friend and I were welcomed immediately by the bar staff as well as a few roaming characters, well before the show started. With our drinks in hand, we were given a short preview of the downstairs location and assigned a special role for the night, we were both to be “Big Dave”, the closest friend of crime boss Robert McDonald. In this role, we were given a secret mission to fulfil which started us off with something to do right away.

As soon as the show started, all attendees were made familiar with the basic plot and the direction the evening was going to take. There was a big project to work towards, and many parts to be played along the way. Some audience members were given special missions and characters, others were left to decide for themselves what they wanted to do. The way things were laid out over three rooms upstairs and the extra space downstairs, there were a lot of action packed missions to choose from. From plotting the next targeted attacks with the crime leaders over connecting with various seedy characters to wrangle favours to placing bets on horses on the tracks while bringing and intimidating our way to victory, everyone was free to roam and choose as they saw fit, switching missions and jobs whenever they liked and generally just trying to see what was going on throughout the space.

It was impossible to keep track of everything, which means there are so many different paths to take, but throughout the show there were several larger scenes that saw everyone gathered around the planning table to listen and observe and see how the plot was unfolding. It was unclear to me how much we actually influenced the storyline with our actions, but it did seem like things kept changing in accordance to our decisions, and alliances we made early on became stronger and more important later in the game.

There were many plot twists and even a few spies in our midst to keep us on our toes. Some of the larger scenes that gathered everyone in on room were quite intese, and even between scenes there was so much to do, it was easy to lose track of everything that was happening. The free roaming nature of the game and the myriad of smaller missions we were sent on meant it never got stale or routine and it seemed like every attendee had plenty to contribute throughout the night.

It was very exciting to be so involved in the action, especially when secret missions were given out to be accomplished in a tight time frame. I’ve played many immersive games before, but this one seemed the most well balanced so far. Mostly non-threatening while still being exciting and full of storyline changes, many puzzles and games to be solved along the way and larger projects to work on together, and so many different areas we were able to visit and find things to do in.

We definitely had a lot of fun along the way! The only complaint I have is that this is again a game that is not accessible, which should really not be a thing anymore in 2020. Unfortunately thematic accuracy and atmospheric immersion still seems to be more important to most companies than finding ways to make their shows fully accessible.  Other than that, it was a fantastic show that I’d definitely recommend and would absolutely visit again to see how much the plot can be influenced in a different direction. It did seem to have a lot of smaller strings that could easily be pulled differently to create a very different outcome. Fantastic idea and brilliant production.