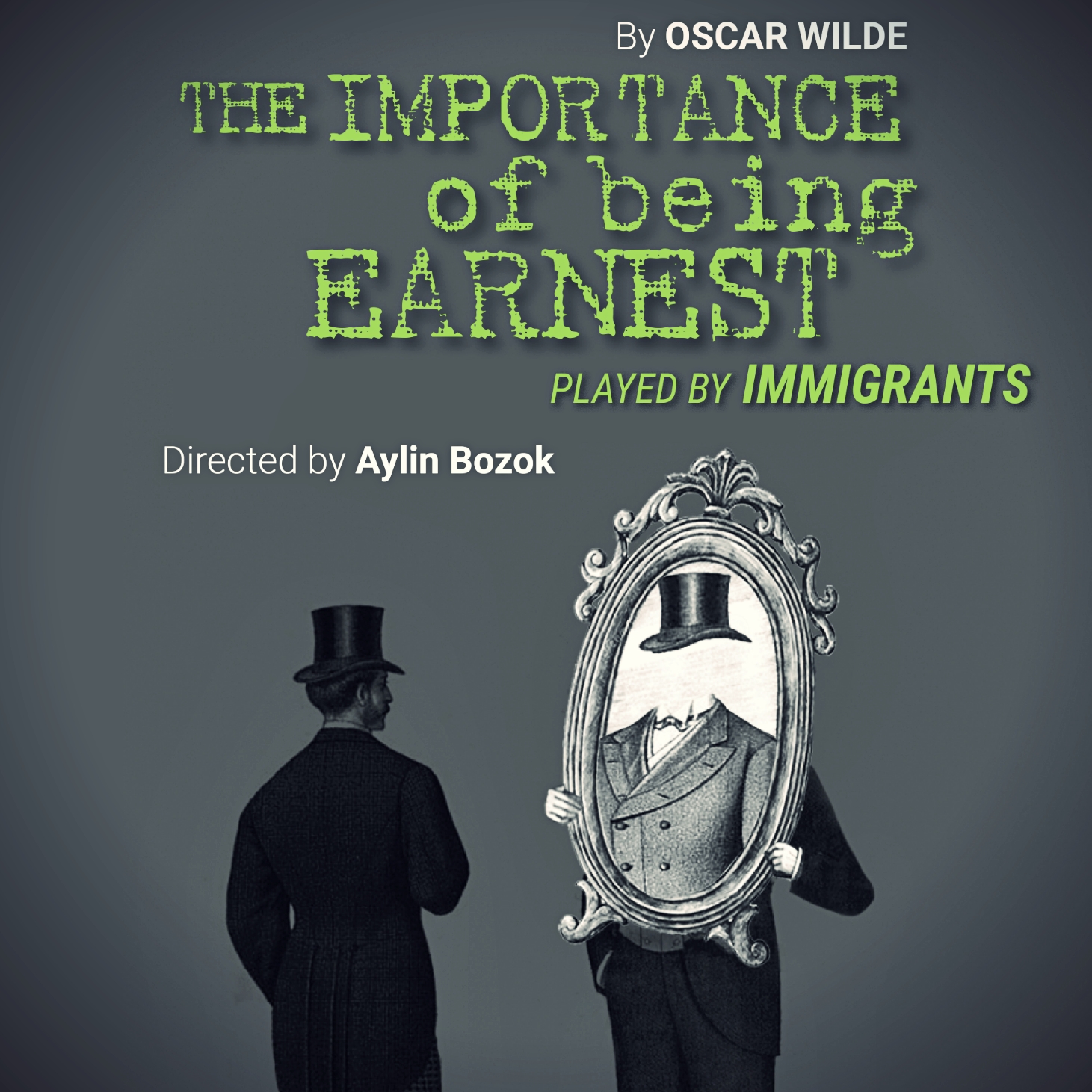 On Monday I headed up to the Tower Theatre in Stoke Newington to see the opening of The Importance Of Being Earnest by Pan Productions, a new version of the play performed entirely by immigrants. As an immigrant myself who is absolutely tired of constantly being asked where I am from, rather than being seen as who I am, I was very excited to see someone tackle this topic with this very suitable play about heritage and identity.

The Tower Theatre is a newly opened small theatre in Stoke Newington that hosts affordable, high quality theatre productions. The building hosts rehearsal spaces, a studio, and a 100 seater theatre on the top floor. Unfortunately the theatre is not accessible, but the company is raising funds to add a lift to change this.

The Importance Of Being Earnest is of course one of the most well known plays by Oscar Wilde, a farce about imagined identities and the importance of heritage. It is the perfect backdrop to highlight the lingering societal importance placed not on who we are, but where we hail from. In a melting pot like London where everyone seems to be from somewhere else, it is surprising how often peoples till ask that pivotal “where are you from” question rather than putting focus on learning who their conversation partner is as a person. The slightest non-British sounding accent can prompt even strangers to interrupt other conversations to spring this question on anyone at any time. Seeing this tackled on stage with such a hilarious play was so refreshing and validating in a way I did not expect.

With the main characters John and Algernon being presented as amusingly aloof, gesticulating wildly and sprawling on the central sofa on the stage, the play balances between performance art, social commentary, and very good acting. Flying through the plot while savouring its meaning, this acting group really puts their very own spin on this work. With just the right amount of overacting to highlight the ridiculousness of some situations the characters find themselves in, this production is deliciously absurd and poignantly brilliant.

This production really does bring the classic play to a new level while still being true to its heart. A brilliant new version full of life and emotion and fistfuls of humour. I heartily enjoyed The Importance Of Being Earnest by Pan Produtions, which is still running at Tower Theatre until Saturday 18th January.