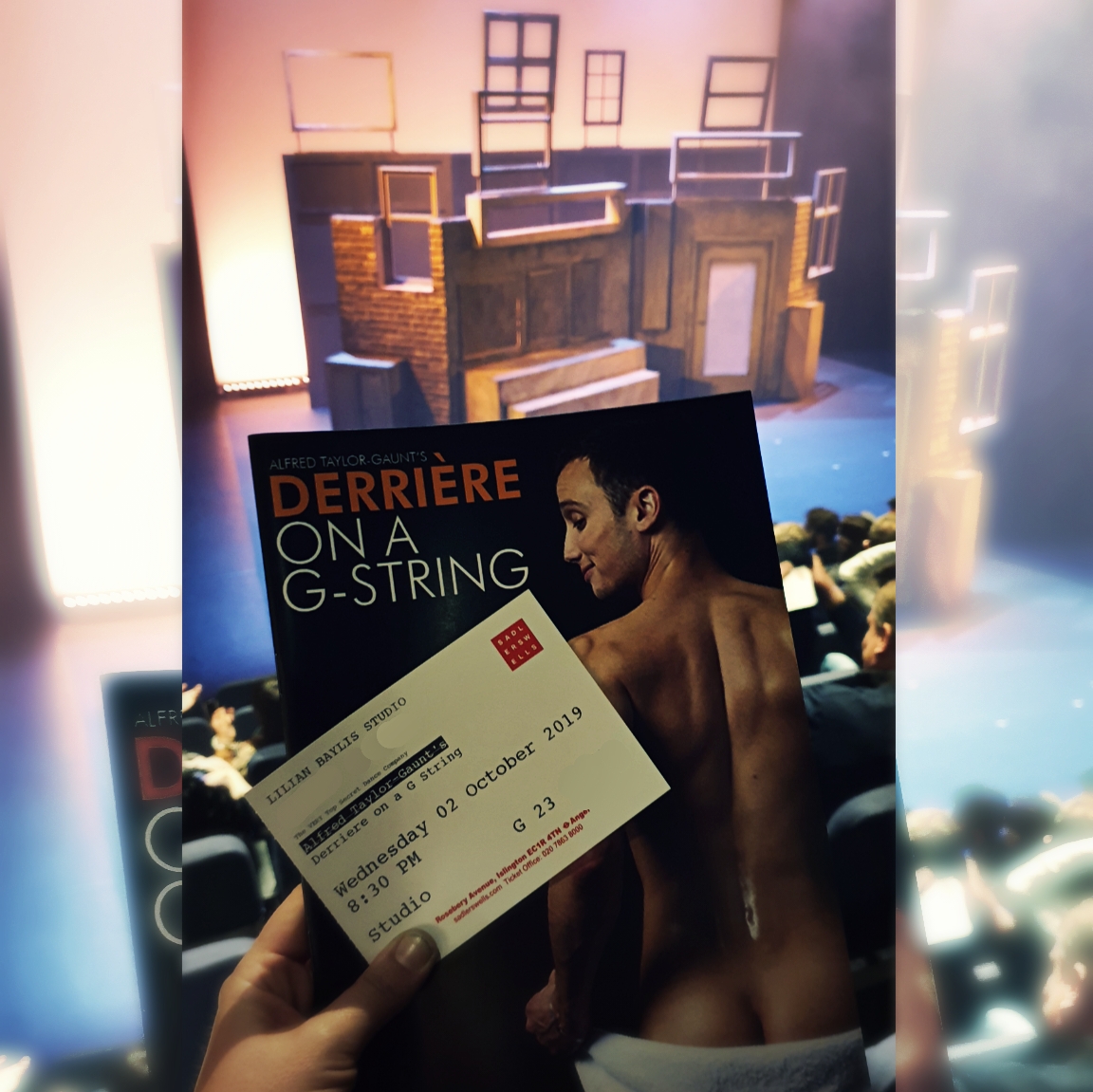 I was invited to attend the sparkling press night of Derrière On A G String yesterday, so I headed to the Lilian Baylis Studio at the Sadler’s Wells to check out this dance cabaret show.

The show is completely non-verbal, the characters only communicate in Sims-esque chitter-chatter, which is super charming and fun, doing away with the need to understand conversation while still conveying ideas and moods perfectly.

With the short sketches depicting everyday experiences like catching a bus, being accosted by charity workers, vapers disappearing in a cloud, changing a duvet cover, and misunderstandings between friends, it is a break-neck speed production of utter hilarity! I haven’t laughed this much in a theatre in a very long time. Interspersed with lovestories, plenty of (mostly implied) nudity, social and political statements, and a good dose of ridiculous silliness, this is the show that just keeps on getting better.

I thoroughly enjoyed this brilliant mix of classical dance and modern comedy, what a great dance troupe and fantastic concept! A good laugh is definitely what I needed, I can’t recommend this show enough! It’s only on until the 4th October in its current run, so quickly grab some tickets, or hope it comes back for another run very soon. Dance comedy is a genre I wasn’t aware existed, but now that I do, I’m definitely a fan. A very gleeful production.