The lovely Joanne from Love Popups London invited me to join her for Lagunitas Beer Circus last Saturday. The festival took place near London Bridge in Flat Iron Square before heading back to the US of A for more circus goodness. 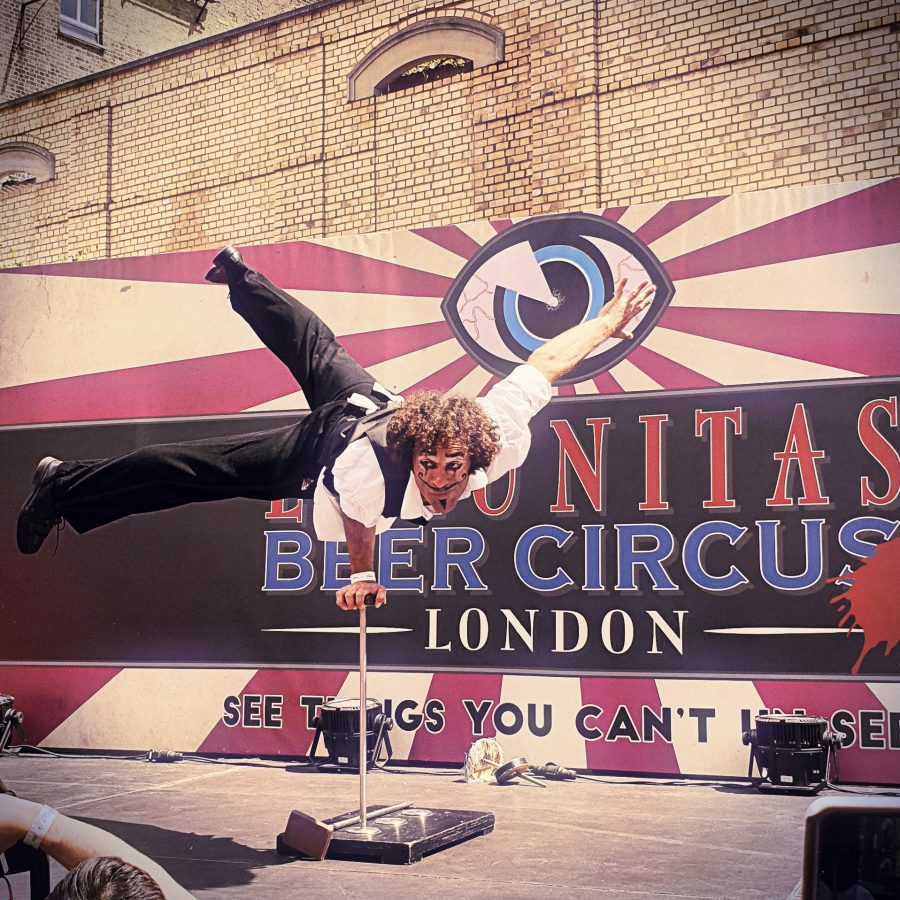 Lagunitas is a California based brewing company, and for the second year running they are flying over to London to bring us their unique brand of entertainment. With the tag line “See things you can’t unsee!”, we’re invited to an afternoon of circus madness and debauchery.

As I personally don’t drink alcohol, nor non-alc beer, my review will focus on the entertainment aspect rather than the drinks, of which there are many! From Lagunitas rante to local small-batch breweries, there’s a lot on offer for the beer aficionados amongst you! 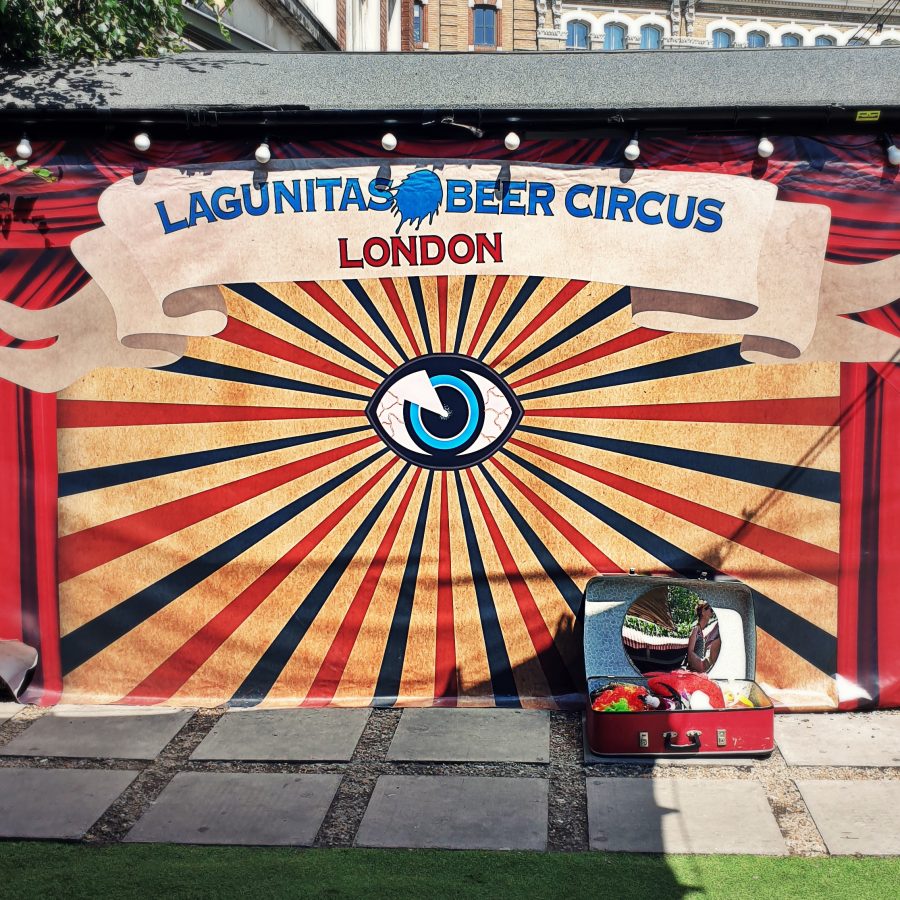 Flat Iron Square is outfitted suitably in a circus tent aesthetic, including a huge face paint and costume area right by the entrance where patrons can get dolled up for the day! The face painting is free of charge, full of glitter, and of course a lot of fun.

With many roaming entertainers making sure you’re never bored, and a fun little ice breaker game, you’re sure to meet new people and have a very colourful afternoon/evening. On two stages as well as a few smaller performance areas in between, there are many circus acts to gawk at, from the stunning to the bizarre, an eclectic mix of bright talent and well honed skill. 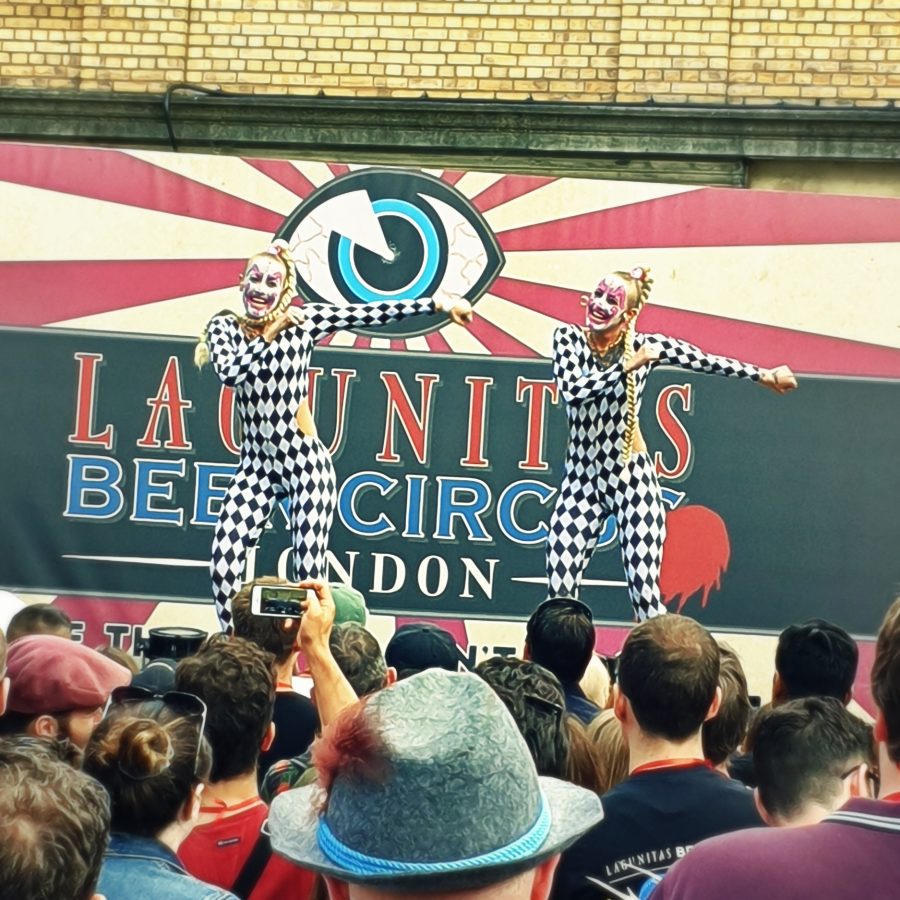 There are many free carnival games on offer, some with prizes to win, others with fun challenges, there’s a plethora of things to do. And of course your stomach will be well taken care of as well, with a street food market in the back that offers all sorts of options from Thai to burgers, pizza and pasta, desserts, soups, so many choices, all freshly made!

The only downside I could see was that there just wasn’t enough seating available. Sure, there’s plenty of seating upstairs in the food market, but virtually none around the performance areas. For an event that runs for 4.5 hrs, there should at least be a few seating areas strewn about the place. 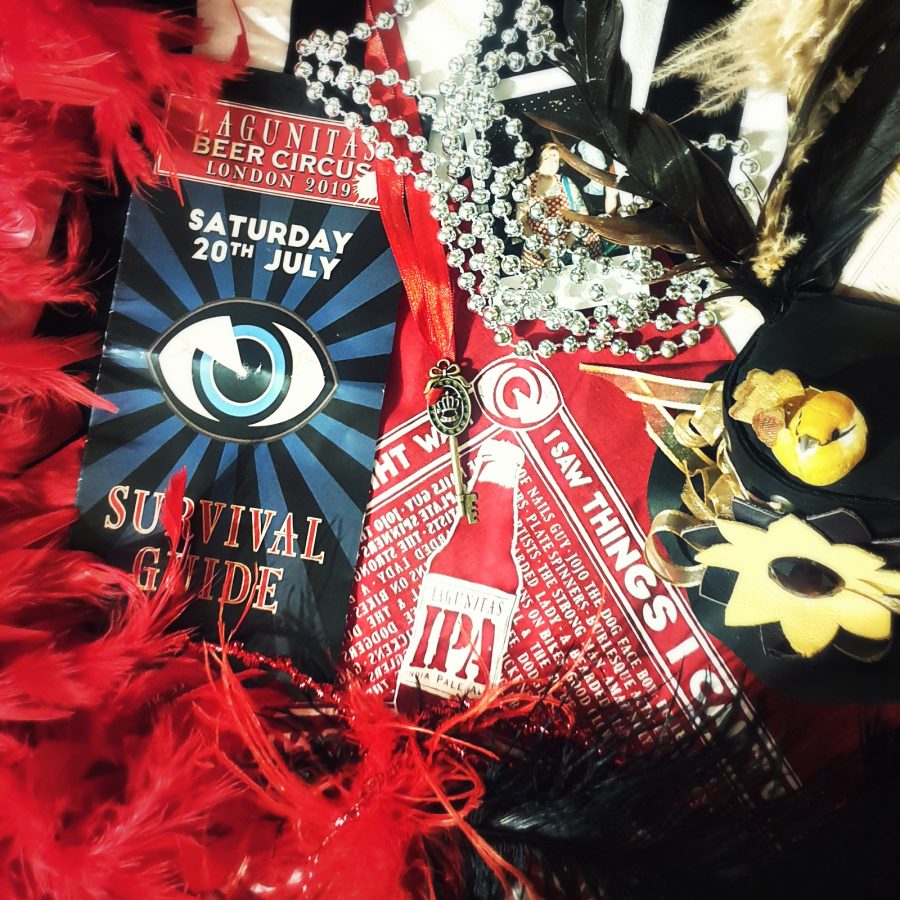 Overall, I had a good amount of fun, but didn’t stay the full run of the afternoon event, partly because two performers were quite rude when I politely refused a beer, basically telling me I shouldn’t even be there if I didn’t drink beer, and partly because there was very little shaded space from which to watch the performances and I didn’t bring a sun hat.

Most of the roaming entertainers were super fun and very good at improv, and the performances I did see were great circus acts with strong skills. The beer circus is a great event with lots of fun activities and performances. Apparently you’re only welcome if you drink a constant stream of beer throughout the session, though.

Four out of six rainbow sloths from me.