I’ve heard a lot about the Shitfaced Shakespeare shows, but am usually unable to attend them as they are set to start a little earlier than most shows in the West End and work keeps me from making it in time. I’ve previously seen the offshoot Oliver With A Twist and thought it was very funny, so I was excited to finally catch one of these shows, and a Hamlet one at that! 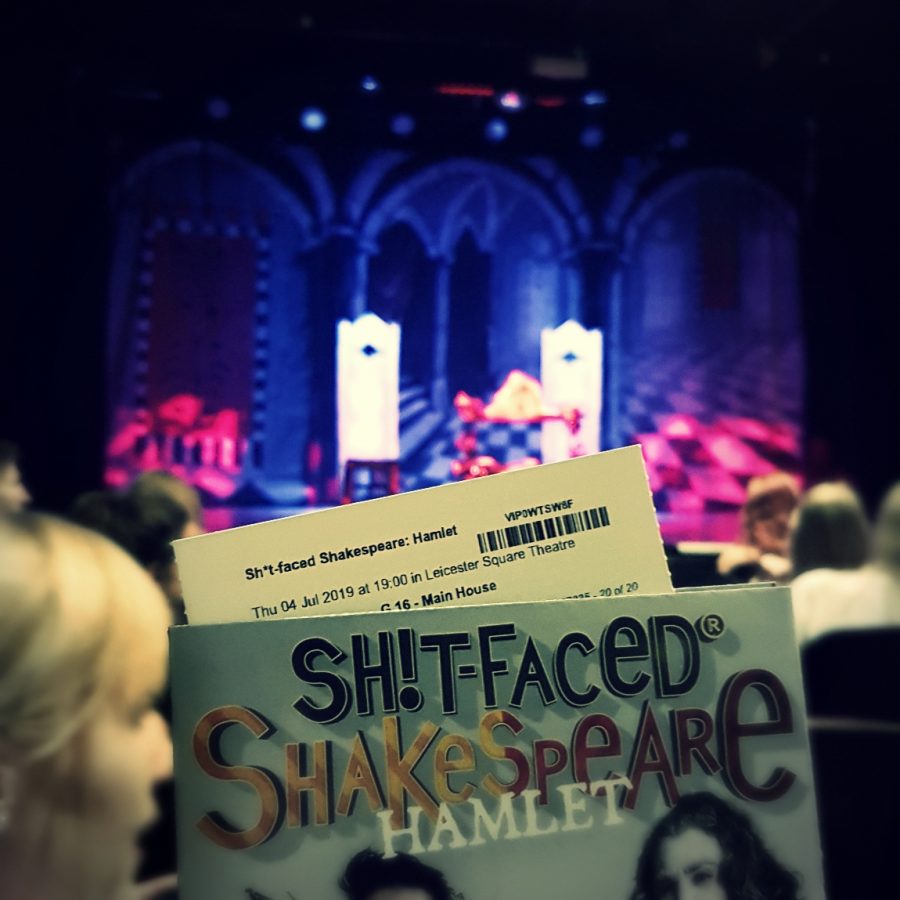 If you don’t know the concept of these shows, they are abridged, comedically enhanced, versions of well known plays with the twist that one of the actors gets quite drunk before the show. This is, of course, a bit of a wild card and can make the proceedings somewhat chaotic. To help keep things in check, there’s usually a wrangler who is tasked with keeping the shitfaced actor in line, or get them to drink a little more if they’re not quite chaotic enough yet.

The very concept of course means this is not a night of serious thespianism, but a show to make you cry with laughter. Obviously every show is a little different as the appointed drunk actor changes from show to show. In our case, the actor who played Horatio as well as Ophelia happened to be filled up with a bottle of wine and a selection of beer before hitting the stage, and it was quite immediately visible that it was her as she entered the stage with a huge goofy grin on her face, barely able to follow the simple dance routine the play was set to start with.

Throughout the show she didn’t seem to remember many of her lines, kept distracting everyone else from their lines, and started an argument about the Spice Girls before trying to strip most of her clothes off. It was a funny descend into chaos as her wrangler had to drag her off the stage several times and stepped in whenever she got a little too wild in her improvisation. Seeing as this version of Hamlet was condensed to just over an hour, it was a very fast-paced, turbulent production of this well know Shakespeare classic. 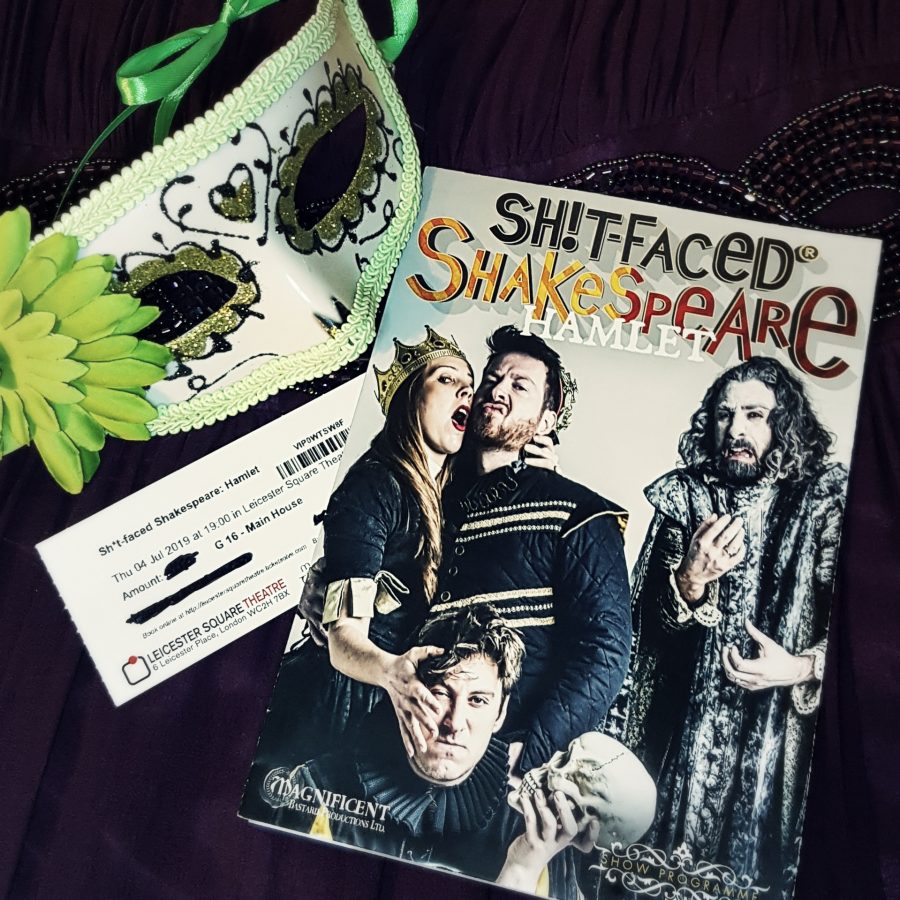 You never know what you’re going to get with these shows, but you can be sure that it’s silly, laugh-out-loud entertainment, barely held together by the sober actors throwing in their improv skills to try to keep their drunk friend on track. If you like goofy entertainment and think silly tipsy people are hilarious, this is the show for you!

Personally, I did enjoy it but found it to be a bit too over the top at times. Still, it’s a fun romp. Four out of six rainbow sloths from me.