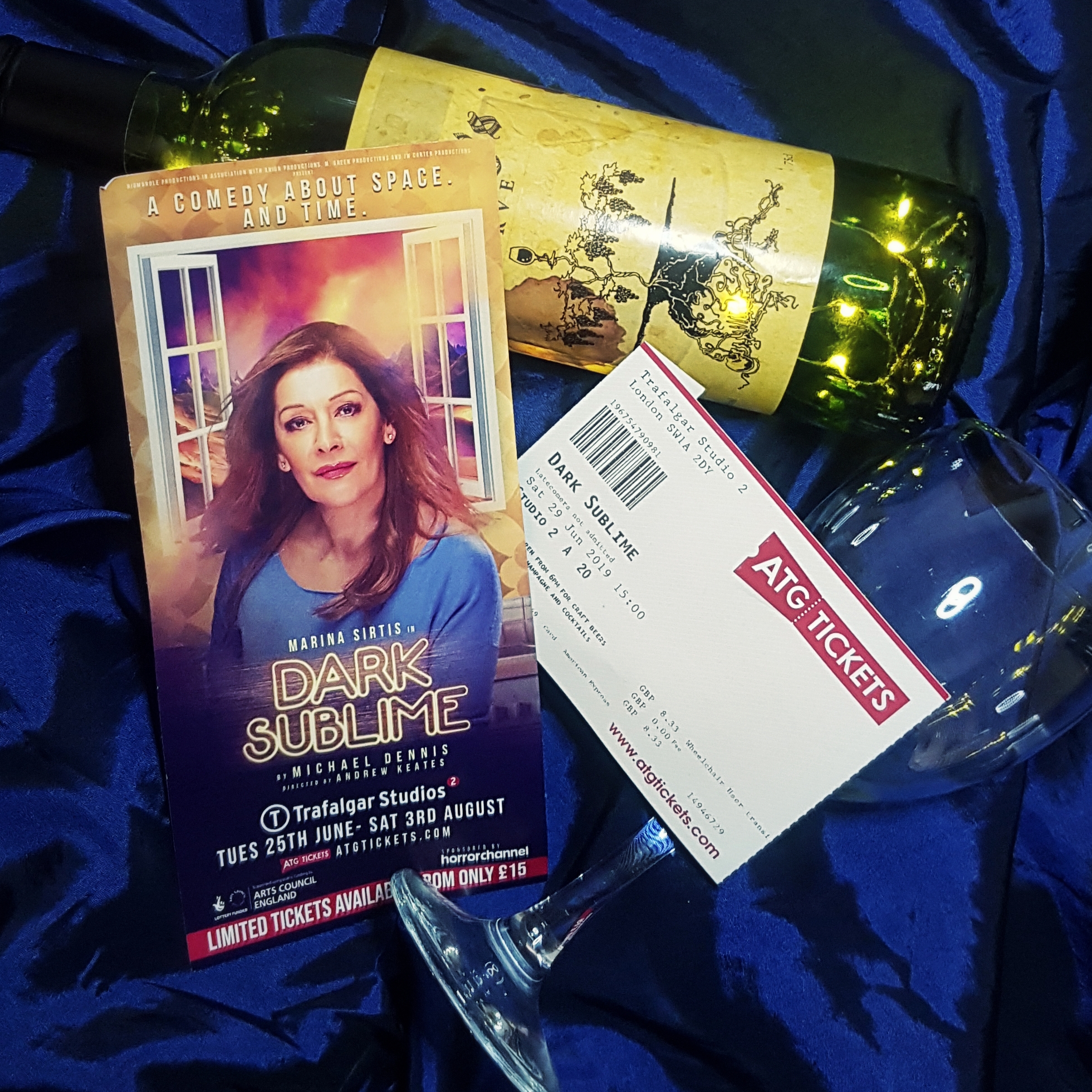 Last week a friend invited me to see Dark Sublime at the Trafalgar Studios with her. I’ve been wanting to see this as it caters to my sci-fi geekdom, so was very excited to tag along.

Dark Sublime follows the story of Marianne, an actress struggling to make ends meet, and her superfan Oli. Oli, brilliantly played by Kwaku Mills, is a huge fan of a 40 year old TV-series, Dark Sublime, that has gathered an underground following on the internet. Dark Sublime is basically a more fantasy-oriented version of Star Trek, and Marianne is suitably played by Marina Sirtis.

The story becomes a bit more complicated when it is revealed that Marianne has an unhealthy attachment to her best friend, and Oli organises a fan convention that headlines Marianne as the star guest. Trying to navigate her jealousy over best friend dating a much younger woman, her newfound  small-scale but intense fame over a decades old show he had almost forgotten, and her life in general unravelling on the edges, Marianne is faced with big decisions and difficult discussions, all of which are paired with too many drinks and an ever changing array of snacks.

Interspersed with scenes from the storylines of Dark Sublime, it is a comedic drama with a lot of heart. Exploring the lives of older gay women on the stage is a much needed breath of fresh air, and a hefty dose of sci-fi fun and the downsides of intense fandom make this a very fun and entertaining exploration. It feels a bit more like a sit-com than a stage play, which makes it seem very intimate but somewhat overly dramatic at times.

I really enjoyed the show! Though I did think the short Dark Sublime (the show within the play) scenes didn’t do anything to progress the plot or enhance the play, they seemed more like gap-fillers and broke the flow of the personal exchanges of the main plot line, almost distracting from the connections between the different characters. The play would work just as well, if not better, without these scenes interspersed throughout.

Still, it’s a really fun story with some deep relationship issues and a lot of heart. I definitely recommend it for sci-fi fans as well as LGBTQ+ theatre lovers, it’s a great story and very entertaining.