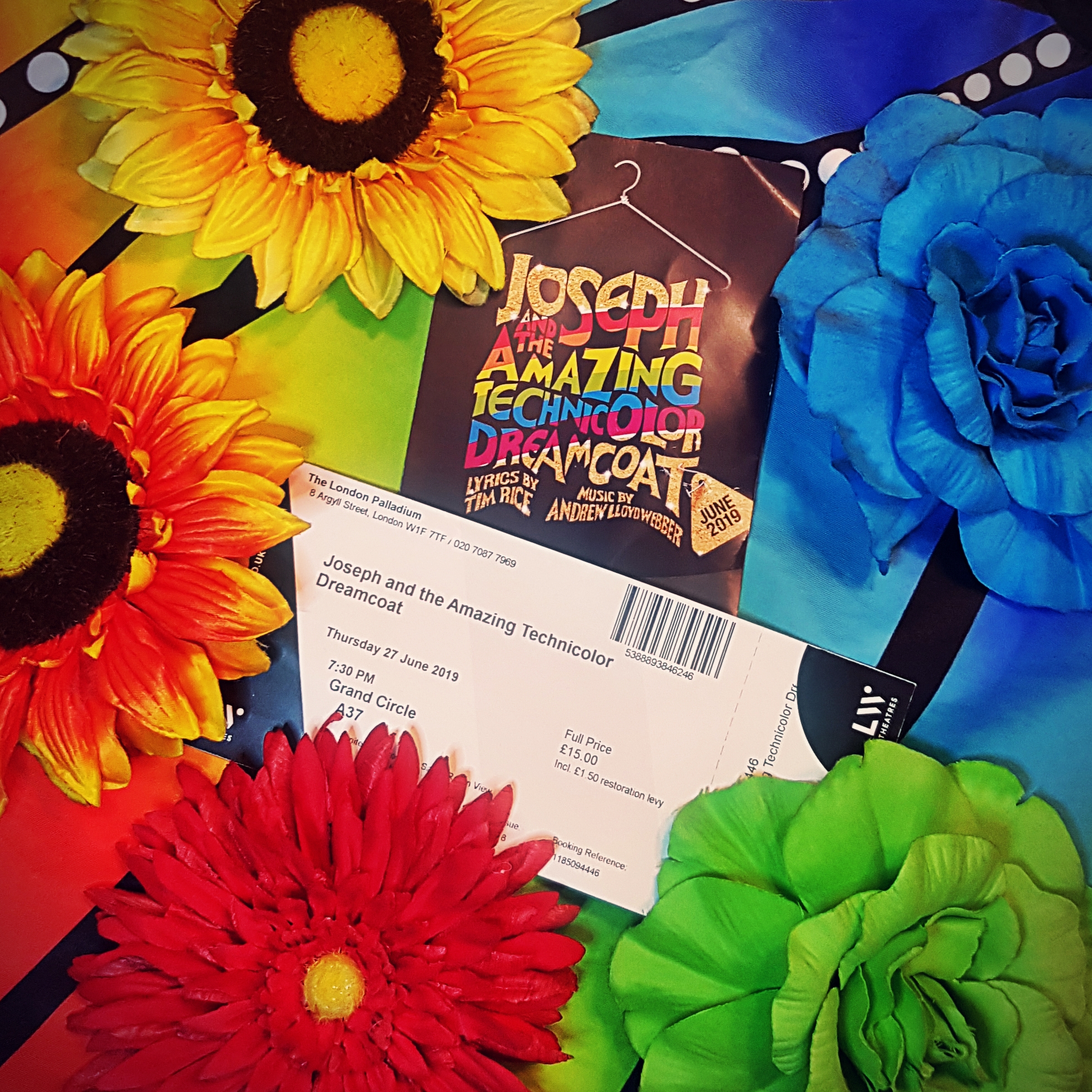 As I had never seen it on stage before, I jumped at the chance to see Joseph And The Amazing Technicolor Dreamcoat for it’s new London run. I bought tickets for the first preview night, grabbed a friend, and off we went.

I was very curious to see how much this musical was updated and how it would work on the stage. Having read only a few things about the plot and music, I went in pretty fresh and free from expectations.

It started off pretty great, with Sheridan Smith as the narrator belting out the main melody, and newcomer Jac Yarrow taking on the role of Joseph brilliantly. There’s a lot of colour and energy on that stage, young performers and more seasoned ones mixed in a great storm of passion and excitement.

I mostly enjoyed the first half, apart from the very country/cowboy scene that just doesn’t quite fit in and seems a bit piss-takey. Unfortunately the second half somewhat deteriorated. This production seems to stick quite closely to the original material with just a few updates here and there, and that just doesn’t quite work for me. Some of the musical and stereotype choices are a bit iffy and just don’t smoothly fit into the rest of the production. Except for Sheridan Smith, the women are pretty much just window dressing with not much to do apart from faint and look pretty, I know it’s based on a biblical story, but come on, it’s 2019!

The music is also quite repetitive with the main melody carryin throghout the entire musical. This can be a little soothing with some of the messier parts as it ties everythin together neatly, but did become somewhat nerve-grinding by the end. That said, some of the musical talent on that stage was astounding, especially Jac Yarrow, who aces his West End debut with great acting and an absolutely stunning voice! Here’s definitely someone to keep an eye on.

Overall a fun production with lots of colours, a fun group of actors, but just not quite enough updating of this 50 year old musical. Bit simplistic and full of tropes. I was so unimpressed with Jason Donovan’s performance, I didn’t even mention it in the review! So, unfortunately just three and stars from me for this rainbowy musical.