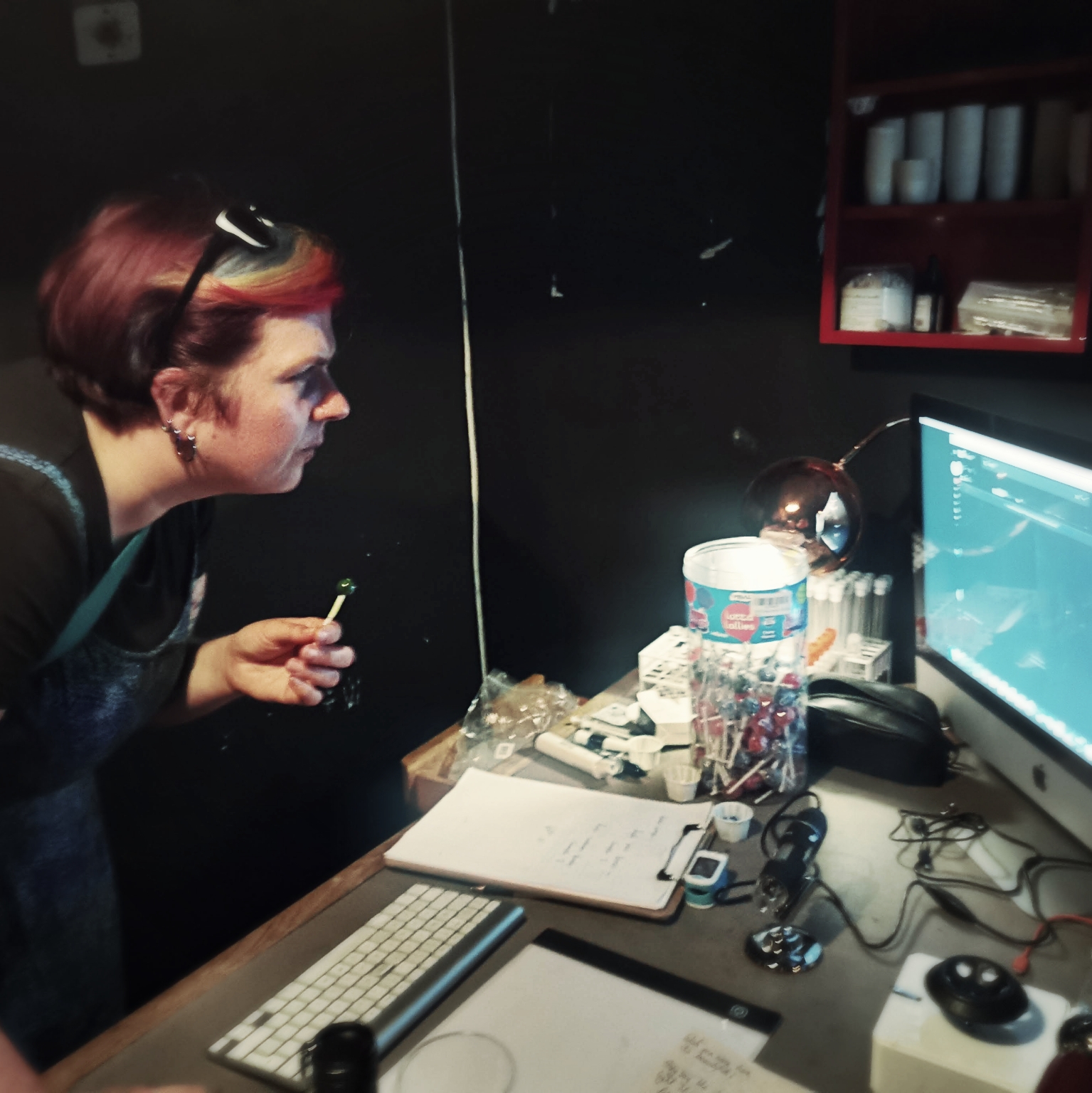 Having previously attended Colab‘s The Swell Mob and The Copy Cat, I was very excited to be invited by Love Popups London to try out their newest adventure, Spy City. So we headed down to London Bridge on a sunny Saturday afternoon to try our luck at being super secret agents.

We first arrived at the designated address and had to go through a short questionnaire via text messages before being admitted to the underground spy bar. Here we could indulge in a drink or two while awaiting our assignment and wagging tongues with our undercover bartender. It’s a relatively small space, but very private, so attendees are invited to leave their bags and coats here to return to after their adventure.

As always, I don’t want to give any of the plot or details away, so I will be keeping this review relatively vague to not spoil the experience.

Right from the start, we were fully immersed in the action, as a nurse started to take us through a few aptitude tests before we become fully fledged operatives. Within minutes, the action got more dramatic with conflicting information, suspicious behaviour, betrayal, and counter-agents thrown into the mix. We were quickly moved from the location out to the streets where we had to plant electronic devices on enemy operatives, follow suspicious characters, and intercept information transfers. It was very exciting to play super spy in the middle of London with completely unsuspecting passers-by all around us.

We eventually made it to our enemy agent’s hideout, where the action got very intense. The whole building is small, narrow, bathed in darkness and smoke, and there are two security guards we have to hide from. With the advantage of CCTV, we sneak through the building trying hard not to be discovered. This is where our hearts where absolutely pounding out of our chests! It was very exciting and gut wrenching, at one point I had to steal an item from a sleeping security guard, and even knowing that these were actors playing their role rather than a real sleeping guard, it was a very intense moment that had me trembling!

From quick escapes, hiding in dark corners, sneaking around guards, and assessing the little information we had, to a full on laser maze and near shoot out finale, the whole experience was absolutely amazing. Definitely intense and scary, but I personally love immersive theatre on this level, so felt really in my element.

Though I found the resolution at the end to be a little disappointing, the rest of the experience was extraordinary! All the actors were fully able to react to all our words and actions, this is the height of immersion!

Spy City is a small, intimate experience that is highly immersive and heart-pounding fun. Definitely the most immersive show I have attended so far. I’d say it’s perfect for smaller groups from 2 to 4 people, but can accomodate up to 8 in one session. If you’ve ever wanted to be a spy, this is definitely the experience for you! Check it out while it’s still running. Four stars from me (and only one deducted because the resolution was a bit iffy, though that didn’t detract from the show or enjoyment in any way and only affected the last few minutes a little bit)