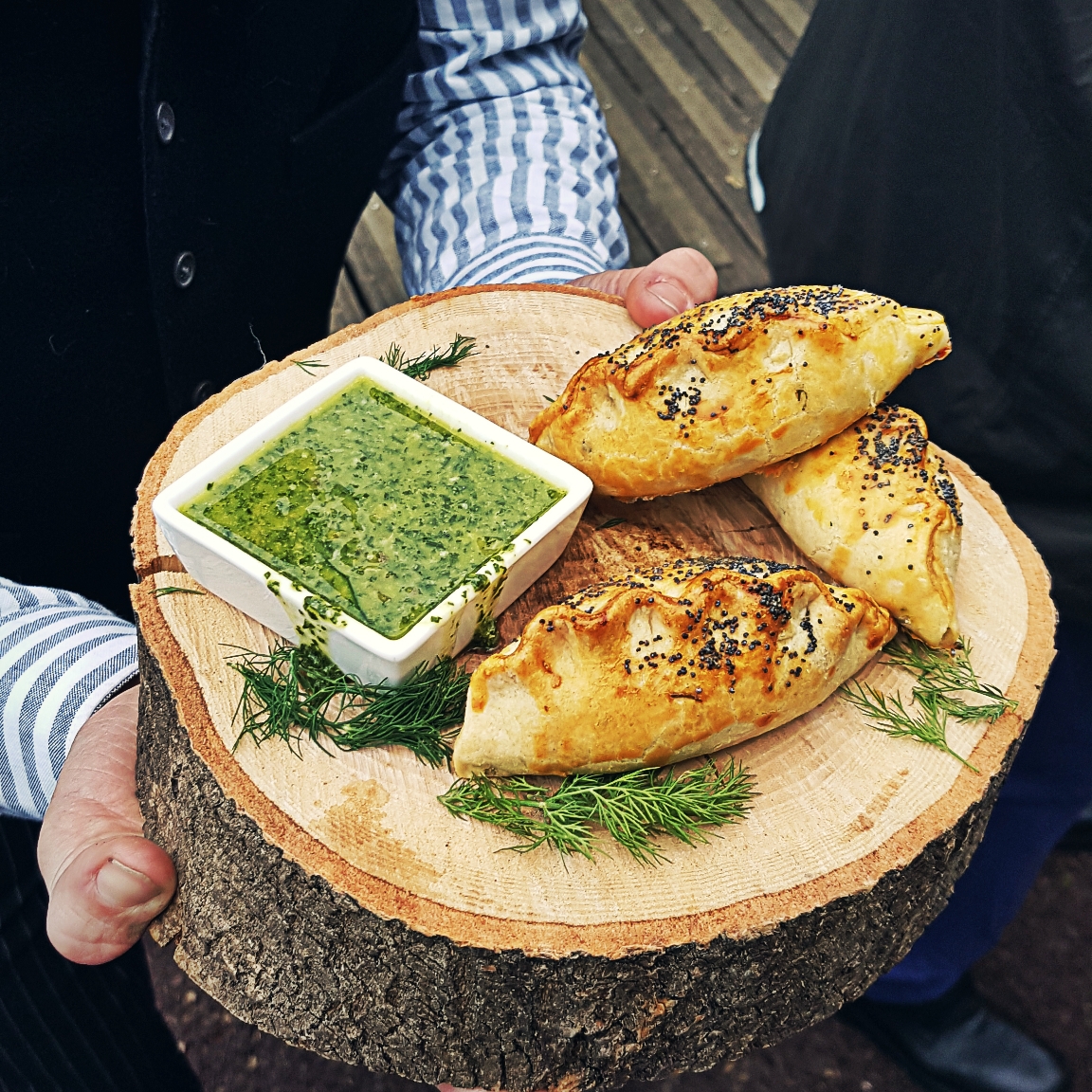 A friend of mine who knows how much I love dinner theatre recommended Scripts For Supper to me, their current production is The Wind In The Willows, so I grabbed a friend and a couple of tickets and off we went.

This production of Scripts For Supper happens at three different city farms in London, Spitalfields, Stepney Green, and Mudchute. We decided on Stepney Green as it was the most convenient option after work.

When we arrived, we were immediately greeted with a welcome cocktail, or lemonade for those of us who don’t like booze, as well as piping hot bubble and squeak pasties with a fennel dip served by the actors. Presentation was very cute, and I loved the understated costumes for each of the characters.

After drinks and pasties we were led to the dining area, which was decorated with astro-turf, flowers, tiny mushrooms, and lots of candles in jars on the long tables. It was quite cold and a little drizzly the night we went, but the decor made it feel homey and comfortable.

The first act quickly began, and we found ourselves surrounded by music, singing, and the cute little tale of The Wind In The Willows. After the first introduction to thr story, we were presented with our first course, a mellow, almost delicate watercress soup, served in a little pitcher to pour ourselves.

Throughout the show, the characters tried to involve the audience in different ways, though it isn’t a truly immersive experience. It’s definitely a fun bit of dinner theatre with a wonderful menu, though! And hilarious little songs lift up the play and entertain throughout!

The main course was my absolute favourite! Hock and leek crumble! I do have to say, I’m quite partial to leek as it is, but this dish definitely elevated it to new heights! A very fine, delicate flavour combined with the creamy texture inside, and the crunchy crumble on top, definitely one of the best dishes I’ve ever had. Anywhere.

I wasn’t too keen on the dessert. The little meringues were great, but the posset itself had alcohol in it and I hate the taste of alcohol, even faint amounts. I wish there was an option of a non-alcoholic dessert.

Other than that though it was a wonderful show and very delicious menu. Definitely worth checking out while it’s still on!