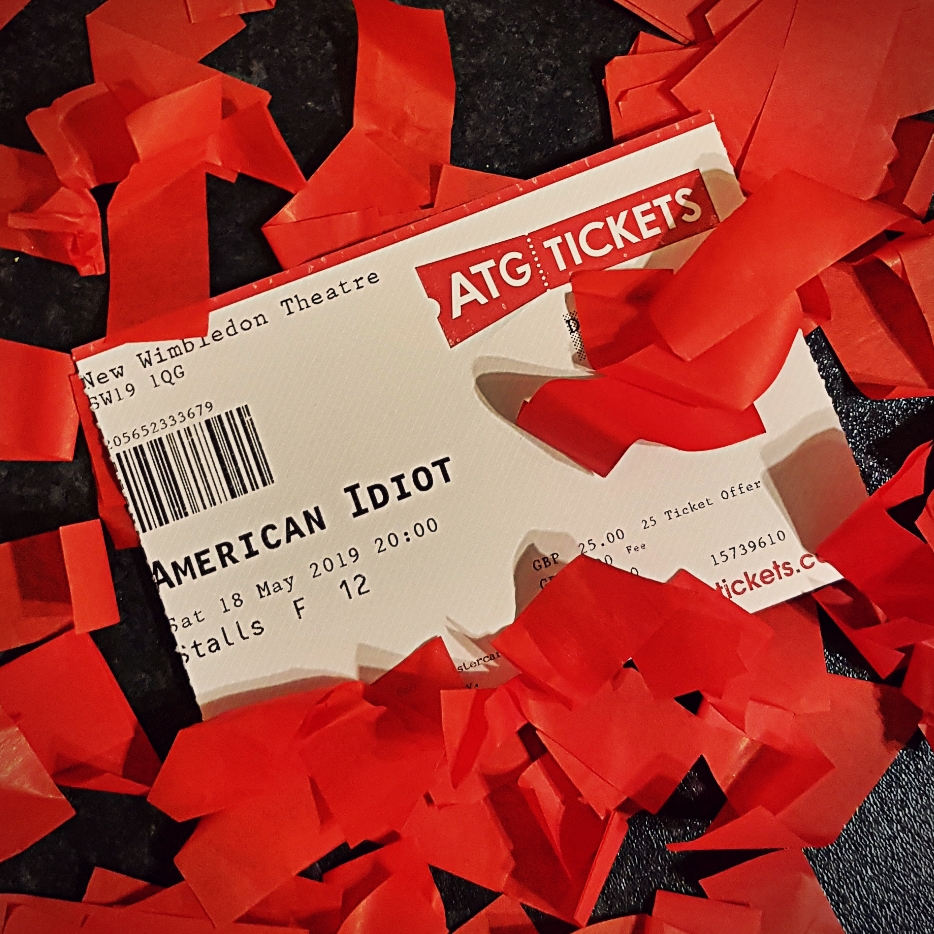 I saw the West End run of American Idiot a few years back at the Arts Theatre and wasn’t impressed. I liked the story and of course love the songs, but the cast just didn’t work for me. But when the 10th anniversary tour rolled around to my neighbourhood, I decided to give it another go.

This time round, the cast worked a lot better and was much more rock than what I had previously seen. The set was pretty much the same, a very small and pared down stage dressing with a small sofa & TV area on an upstairs platform and a larger emtpy space downstairs that was dressed up to represent different locations with very limited but effective means.

There’s a little more space than the Arts Theatre stage, so the dance routines work better, giving the dancers more room to move and get into formations, making everything seem more well rounded and professional. The three interwoven storylines are easy enough to follow, though some of the plot points are still very stagey and incoherent, but as a musical theatre fan, I’m not going to these shows for deep plot analysis. As jukeboxy musicals go, this one’s surprisingly well written, though the base material definitely helped as it had most of the storyline in the original Green Day album and just had to be jiggered about a little.

As previously mentioned, I thought this touring cast was much more suitable to the material than the West End cast I saw. While Sam Lavery and Tom Milner did great in their roles of Whatsername and Johnny, the absolute star of the show for me was Luke Friend as St. Jimmy. His unbelievable stage presence and stunning energy, combined with a very strong rock voice, he definitely commanded attention of the entire audience as his character should. A brilliant performance from a brilliant talent!

Overall, I really liked the touring production of American Idiot and would absolutely recommend you go see it if you get the chance. It’s more than worth your time and money.