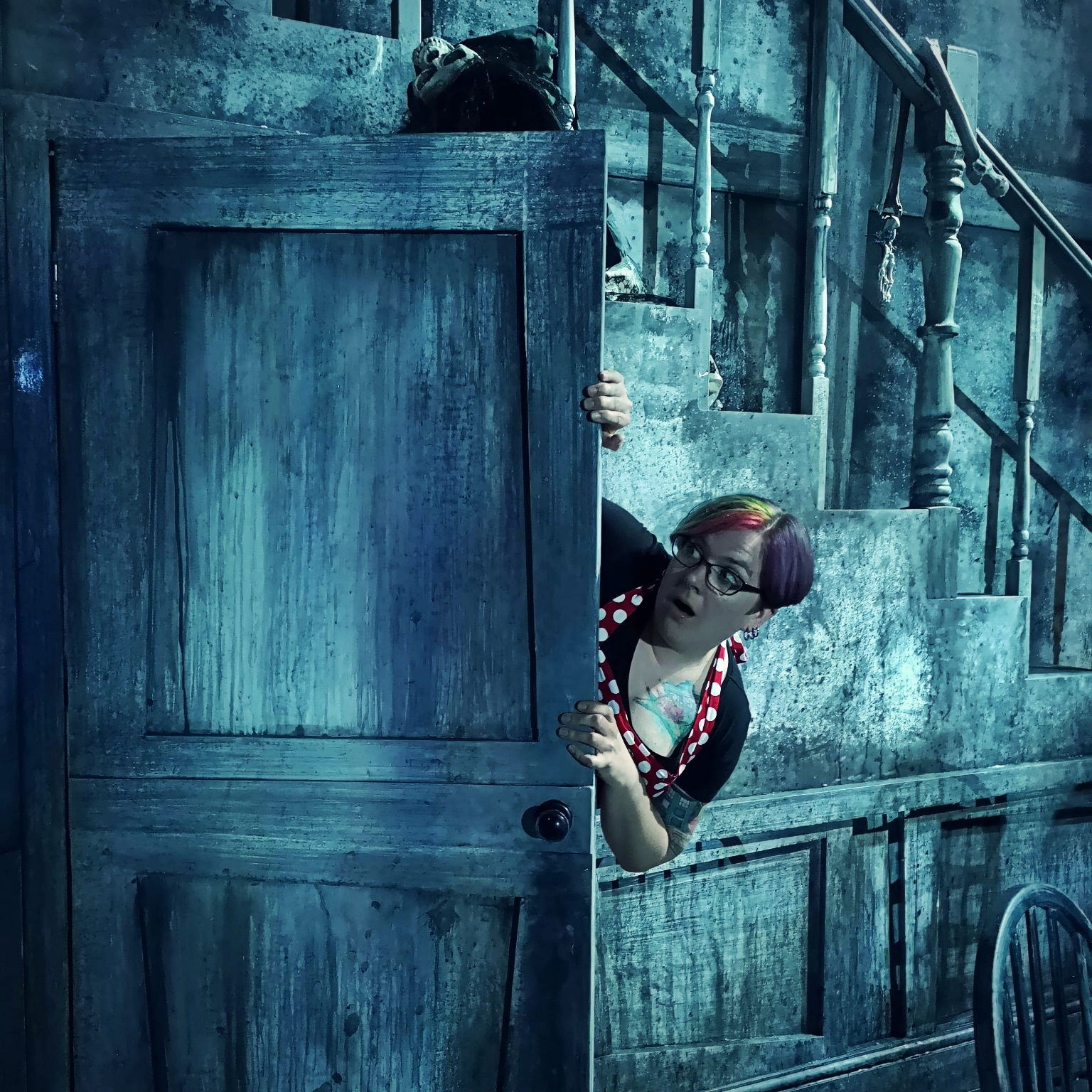 This afternoon I was invited by Love Popups London to attend the 5pm show of Night Of The Living Dead Live at the Pleasance Theatre in Islington. We were treated to premium on-stage platter zone seating, so upon arrival we were outfitted with dark grey boiler suits to cover our clothes with and provide a little bit of protection from what was going to be a splatter fest on stage.

We took our seats and waited for the madness to ensue. The entire stage was held in shades of grey, suitable for a live production of a black and white classic film. They went full out with this theme, including decking all the actors out in black and white face paint, creating a delightfully antiquated feel to the play.

The first part of the show sticks quite closely to the original material, with a little deliberate over-acting on all the characters and a silly scooby doo-esque run about the set mentality. The first half was very entertaining and well thought out, but then it headed into the second half after a short interval and things went off-script!

For the second half, a myriad of what-if scenarios was acted out, based on the idea that if the group of strangers had done something different, could they have survived? Of course this went really off the rails with hilarious hijinks and brilliant sketches, a lot of confusion and many laugh-out-loud moments. What a great idea to flip the script and see what else could go wrong.

After the last, and most hilarious, what-if scenario finished, and we were all well and truly covered in black splatter (black and white stage blood!) we took the liberty to take a few photos on stage before stumbling out of this brilliant experience happy and entertained.

This production is super fun, I can definitely recommend the premium seating, it’s absolutely worth it even if you don’t see everything at all times as some things happen behind your back, but the rotating stage makes it somewhat even for everyone on stage and the close proximity to the action is definitely worth it!

I do wish the splatter material would have been a bit thicker, in this case it was just grey coloured water, but other than that it’s absolute perfection. We had a brilliant time and I’m rating this one five stars! Go get yourself down to the Pleasance Theatre to see this production while it is still running