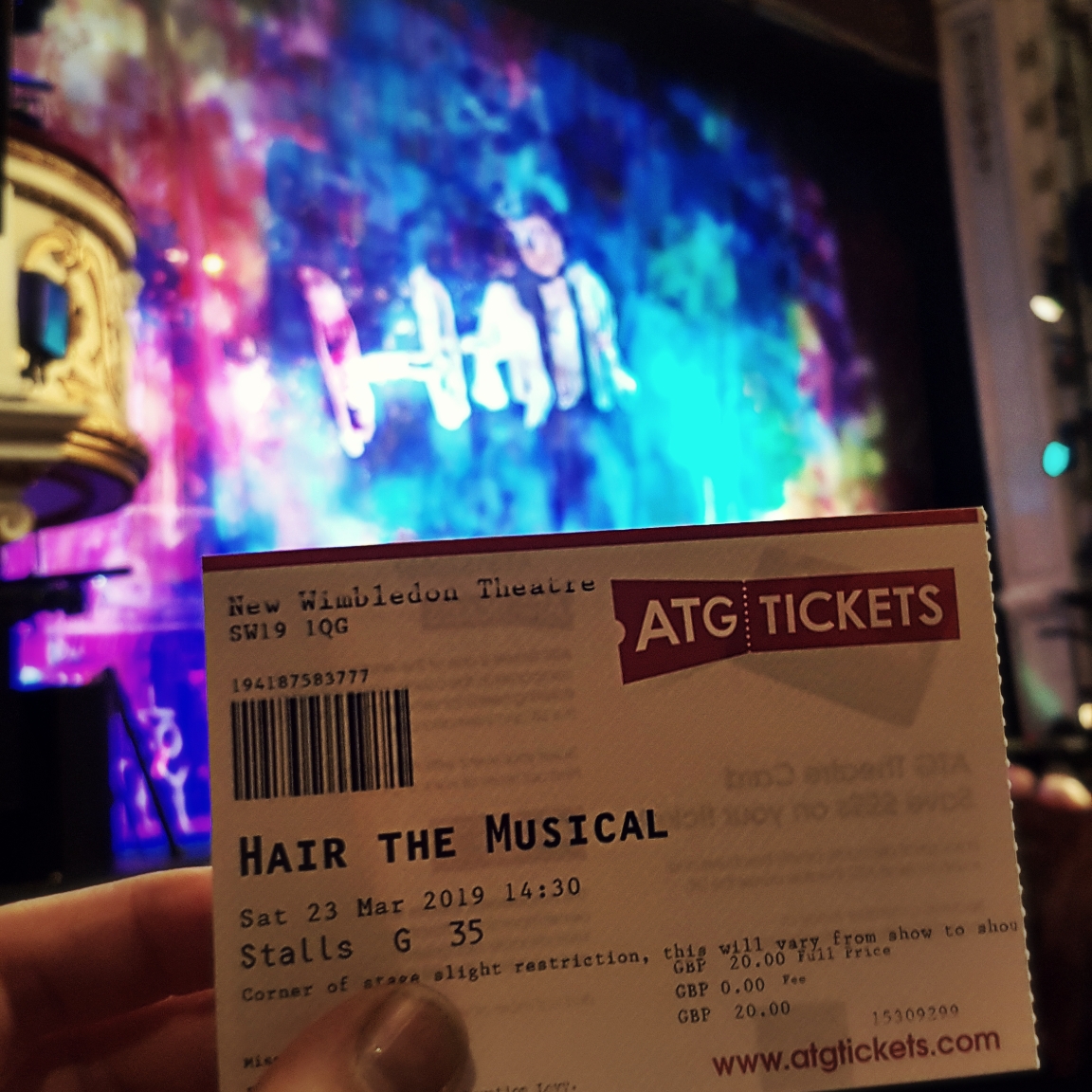 While having seen the film about a million times and listening to the soundtrack up and down, I’ve never seen Hair live, so definitely had to change that when the 50th anniversary tour came around to Wimbledon!

I was aware that the stage version differs from the film in that it has less of a cohesive plot, and more focus on drugs, free love, and most importantly the peace movement. I did not expect to find this little semblance of a plot though. While the film has a cohesive, if wild, story running through it, the musical doesn’t deliver on any sort of plot as far as I can tell. We are still following the members of ‘the tribe’, many of whom are active in the peace movement and staunchly against the draft for the Vietnam war. When Claude receives his draft, he ponders for a bit but eventually does go to Vietnam. Other than that, there’s a lot of free love and dancing, which is a fun spectacle to watch, but doesn’t offer any kind of storyline. Instead Hair feels more like an exploration of the hippie lifestyle.

While the musical is of course colourful, fun, and wild, it seriously lacks in any sort of character development. Many of the reactions of the main characters of ‘the tribe’ make little sense, and the fast pace of the musical doesn’t allow for exploration of motivations or histories. However, the energy and power with which this cast delivers truly makes this a joy to watch! With audience participation at certain points, lots of rainbow colours whirling across the stage, and of course nudity, there isn’t a dull moment in the show!

It does at times feel a bit like a wild fever dream, rather than just another show. I definitely enjoyed the musical despite its flaws. Undeniably ground-breaking 50yrs ago, with it’s portrayal of drug use, non-heteronormative non-monogamous relationships, and songs about sex, Hair is still a beautiful mess to watch and absolutely delightful.