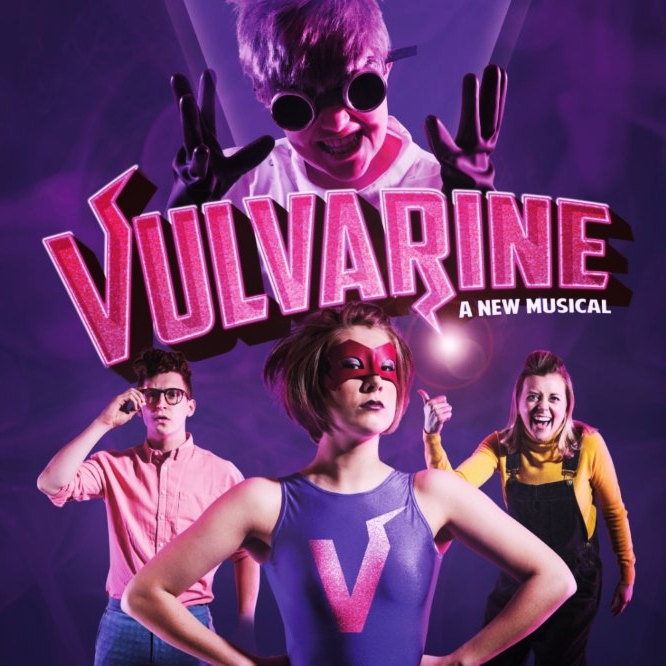 After having seen The Talented Mr. Ripley at the Vaults Festival, we stuck around to see Vulvarine by Fat Rascal Theatre. Having seen their previous production of a gender flipped Beauty And The Beast musical, which was one of the most hilarious shows I’d ever seen, I knew I had to see their new production!

Vulvarine is a fiercely feminist superhero tale, peppered with this theatre troupe’s signature hilariousness. I don’t want to give away too much of the plot, so I’ll try to stick to the basics. Bryony Buckle is the main character in this whimsical musical, she starts off as an average, bored office worker, but then gains super powers through a hormone treatment gone wrong. Bit by bit she unveils an evil conspiracy by The Mansplainer and begins her quest to save womankind.

The musical is full of silliness, hilarious moments and many thinly veiled superhero references, a feast for the mind with many laugh-out-loud moments. The very mixed audience lapped up what was presented by this unbelievably talented group of actors, a thoroughly enjoyable comedy musical with many reality-check moments strewn throughout.

I had an amazing time seeing Vulvarine, I absolutely love this threatre group and will definitely keep an eye on their future work.