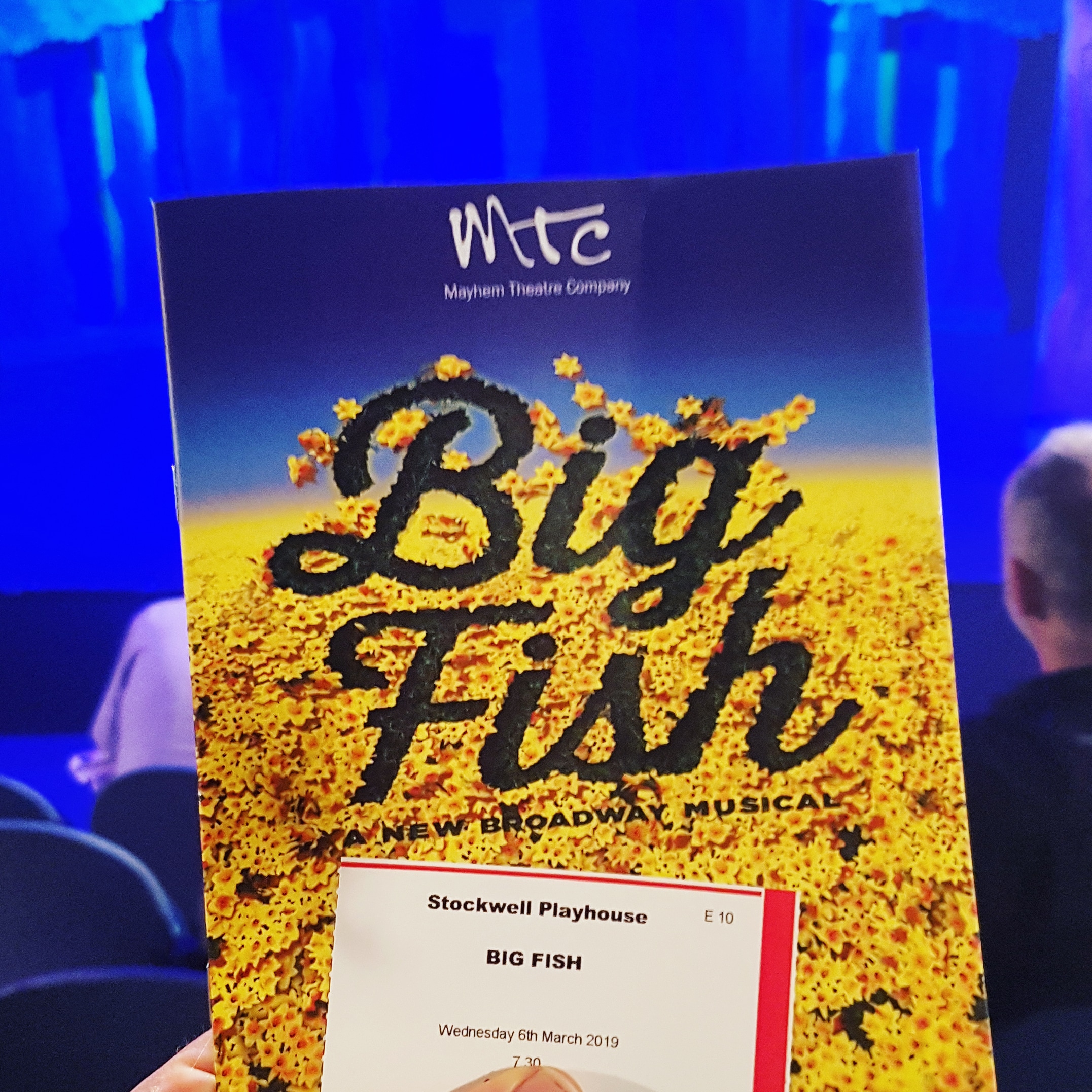 After having seen the European premier of the Broadway production of Big Fish in 2017, I heard there was a new production of the musical at the Stockwell Playhouse. As it was a brilliant musical, and based on one of my favourite films, I couldn’t miss the chance to see it again, even if it was in a smaller production.

As I’ve already reviewed the musical itself, this is going to be more of a comparison between the off-West End and this smaller production.

Of course, as a smaller theatre production, there were fewer actors taking up the different roles. For this reason, Alex Johnston took on the roll of both the younger and the older version of Edward Bloom. This could be quite confusing for those not very familiar with the story itself, as it rapidly jumps between timelines. The production tried to counteract this through small costume changes and Johnston himself used different stances and maneurisms for the different ages of his character. It was still less accommodating to those who haven’t seen the film or read the book.

Some other actors taking on several roles worked out just fine, as they were given very distinct costumes to represent the different characters. However, age ranges were a bit iffy with only one child in the cast and all teenagers played by adults. Some of the American accents were very overdrawn and slightly distracting in their silliness, while the level of acting expertise varied greatly between different cast members. At times I felt like Alex Johnston singlehandedly dominated the stage, even when he took the background, and held the cast together with charm and great acting chops.

The stage was whimiscally done, but lacked distinction between sets, as set pieces were just pulled apart to reveal small room backgrounds that were used for a variety of scenes. Overall, it didn’t feel as distinct in variety of scenery as would have been needed to show off the fantastical journey portrayed in the story as everything looked a bit samey.

Still, the songs were all done perfectly with great voices being shown off, and the show was very enjoyable. It’s difficult to compare a small production to a larger one with clearly bigger leaps in terms if budget. Everything considered, Mayhem Theatre did a fantastic job with Big Fish, and I had a great time seeing this beautiful musical again!