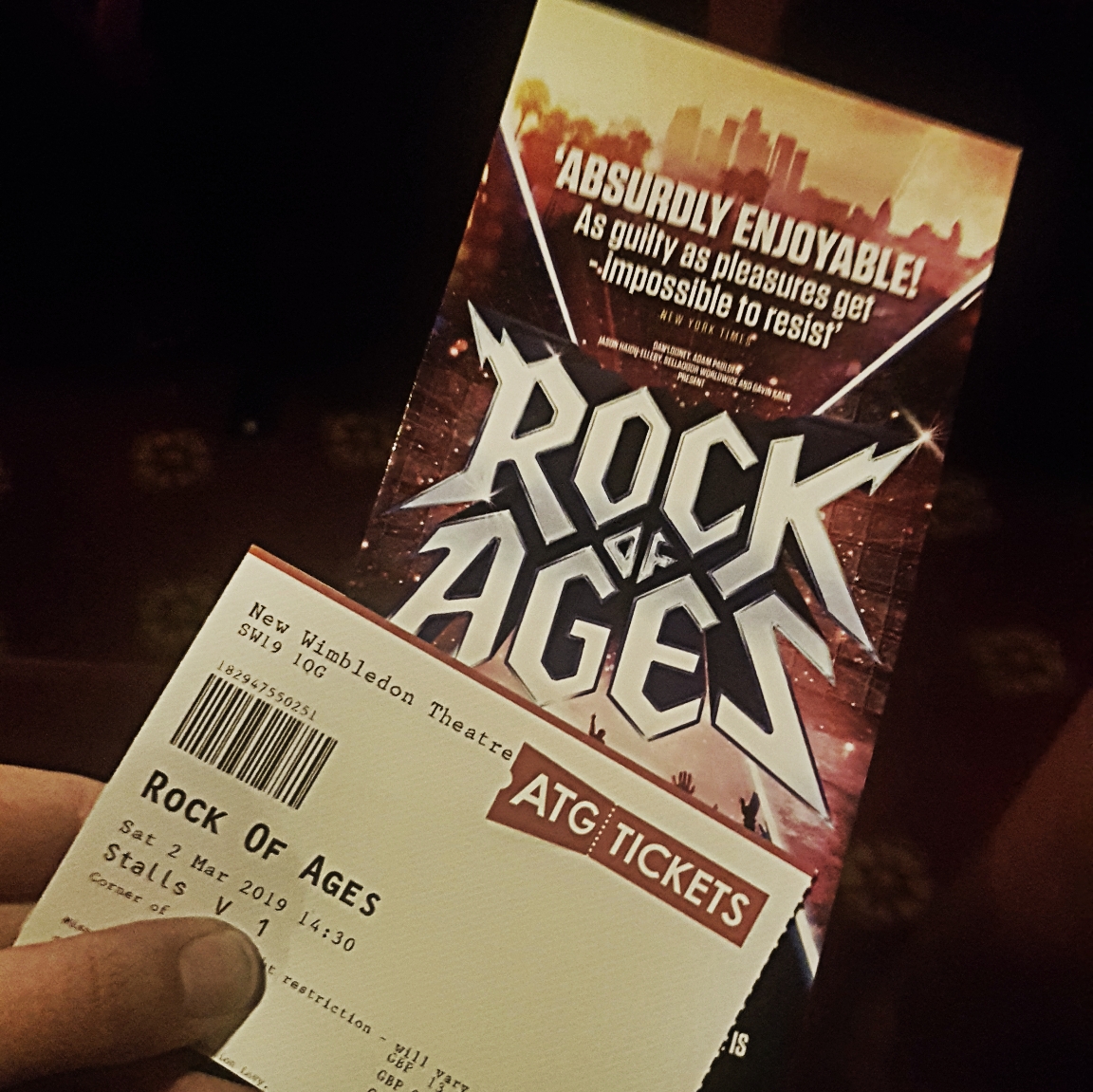 Since I had never seen the musical production, I was excited to see the UK tour of Rock of Ages when it came around to Wimbledon. The film version was all I had to compare it to, and as cheesy and weird as the film was, I really liked the classic rock vibe of it, so I was looking forward to finally seeing the on stage version that came before the film.

However, once it started, I very quickly realised why the film production made so made changes to the plot lines of the musical as well as its presentation. What stuck out most to me was that all the women were just extremely, over the top sexualised through their costumes and dance routines alike. Of course, some sexualisation is just par for the course with rock musicals it seems, but this one is just way over the top in an umcomfortable way.

The plot is just all over the place, with way too many random plot lines that don’t go anywhere and contain songs that make no sense for the specific character. Worst of all, the ‘villains’ are bizzare, offensive Nazi characters with dodgy German accents who goose step and shout all over the stage and have no logical reason for their weird plan of how to take the neighbourhood over for profit and even less appeal for the mayor to just do a full 180 within seconds of meeting them. It’s just all a terrible mess with very little sense or reason in it.

Especially the main character of Drew is just a shrill, overly emotional boy who jumps to conclusions and gets hysterical as soon as his crush Sherrie so much as is in the same room as another man. His reactions are so overdrawn and illogical, it’s just very cringe-inducing to watch.

The only redeeming factor is Lucas Rush’s portrayal of Lonny, narrating the musical, constantly breaking the fourth wall, and quipping all over the place. Lonny is the only thing that makes this story bearable to watch.

While the voices, song choices, and even set design were really good, the confusing story of this jukebox musical, with its myriad of plot lines that don’t go anywhere just don’t make this musical pleasurable to watch. I’m giving Rock Of Ages two and a half stars, and two of those are just for Lonny.

I’m glad they made a plethora of changes to the storylines to make the movie actually make sense and fun to watch!