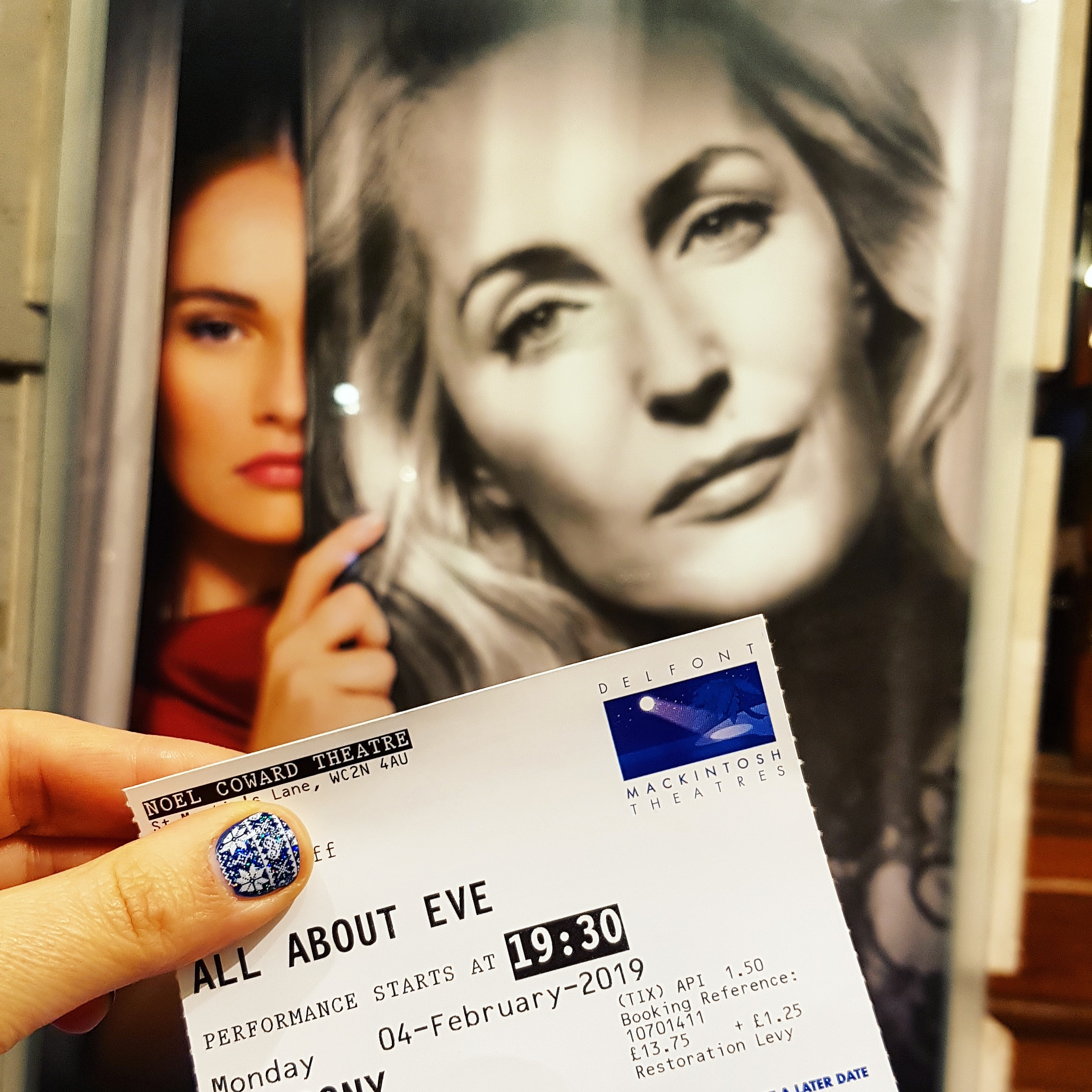 I was quite excited to have snagged a ticket to see All About Eve during the preview phase of the play. Unfortunately they decided to run the previews without an interval, which is an uncomfortable decision for a play that runs almost two and a half hours. This probably contributed quite a bit to my dislike of this production of All About Eve, but there was a lot more to it as well.

Based on the 1950 film, I did expect some outdated mindsets, but I was also hoping for a renewed, updated, fresh take on things. Especially with recent societal changes, more awareness of unequal treatment of women, and generally big steps having happened in the last almost 70 years, I can’t believe this piece hasn’t been updated at all to suit modern society.

All the women are portrayed as hysterical, jealous, manipulative harpies with the one goal of bagging the right husband. The whole story is unbelievably misogynistic and absolutely doesn’t work with today’s work environment issues women face, especially in the theatre.

The play is just a mess, why directors insist on reviving antiquated storylines, I’ll never understand. There wasn’t anything wrong with the acting as such, the actors were just given terribly one dimensional characters to work with.

The stage design was another huge issue. The main room worked well at first, but as the play progresses, a lot of scenes happen off-stage with screens on top of the stage and a few up in the balcony showing some of what happened. The open, work-in-progress look of the sides and back of the stage were just distracting, disrupting the atmosphere and making it difficult to follow what was going on where.

Costume choices were also very questionable and didn’t suit the plot at all.

Overall, I was really disappointed. If there had been an interval, I’d definitely have used it to leave, the play just annoyed me so much.

I’ll give a measly two stars, solely for the actors trying to make the best out of the dismal roles they were given.