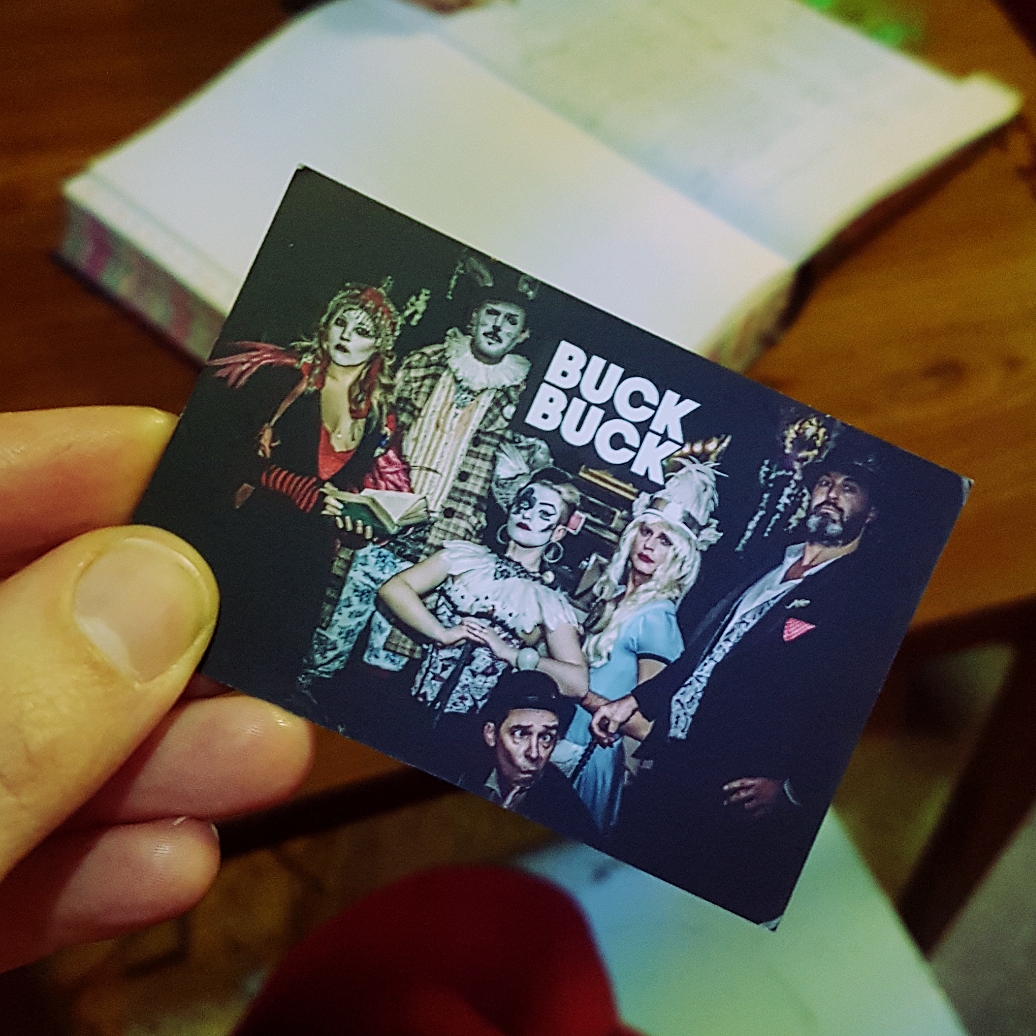 The other day I got to try out Buck Buck Games‘ newest fun immersive experience, The Hunt For The Smoking Caterpillar. I was invited by Love Popups London to join a small team for this big group experience. The premise of this game is that the Baron of Wonderland as recruited us as gold hunters. Russell the Caterpillar, who produces the gold in Wonderland, has gone missing and we have to hunt down clues, solve puzzles, bribe and trade our way to finding Russell so the Baron can once again stock up his pile of precious golds. A fun premise, so we headed to a pub up in Holloway Road to give it a go.

Upon arrival we were greeted with a drink and a short introduction to the game by the Baron. Each small group was given a small bag in which to collect pieces of golds, given a few hints and then the game began.

All teams scrambled madly into the next room to be the first to find golds as well as solve puzzles, riddles, and interact with the characters. We had the alchemist, who was very friendly, if a little confused, and tried to help everyone with the puzzles provided on her station. Then there was the fool, Tweedle Dumb, who was funny, friendly, very helpful, and surrounded by puzzle boxes, some of which were easy to solve, some a little harder. Thirdly, there was Poppy, the Baron’s daughter, who needed to have her ego stroked to help with some of the tests and puzzles provided at her station.

Each team had a very different experience, as we were free to interact with each other and the actors, and the puzzles and games were often re-set after one team solved them to make them available to other teams as well. We had a lot of fun testing our abilities with the puzzle boxes and trying to help the characters with their individual problems.

There seemed to be slightly too many people running around the room at any given time, slightly smaller groups would have definitely made this more fun. At times it was difficult to find things to do as all characters and games were occupied by other teams, so once in a while we’d just stumble around looking for things to do, before being able to spring back into action once a station became free.

I don’t want to give away too much about this game, so I won’t discuss the ending in details, I’ll just say that it was surprising and made a lot of things make more sense. It also made me thing that this game is much better suited for team building or larger groups that know each other than for an assembly of smaller groups of strangers. It was still a lot of fun to play and really well thought out though.

The costumes and props were fun, if a little erratic, the themeing was top notch and done with a lot of love and attention to detail though and really made up for any smaller issues. Overall, we had a lot of fun and really enjoyed the game. The Caterpillar was found, puzzles were solved, connections made. I’d definitely recommend this game for large groups, companies looking for fun team building experiences, large parties and weddings. Buck Buck Games really know how to entertain and make you think.