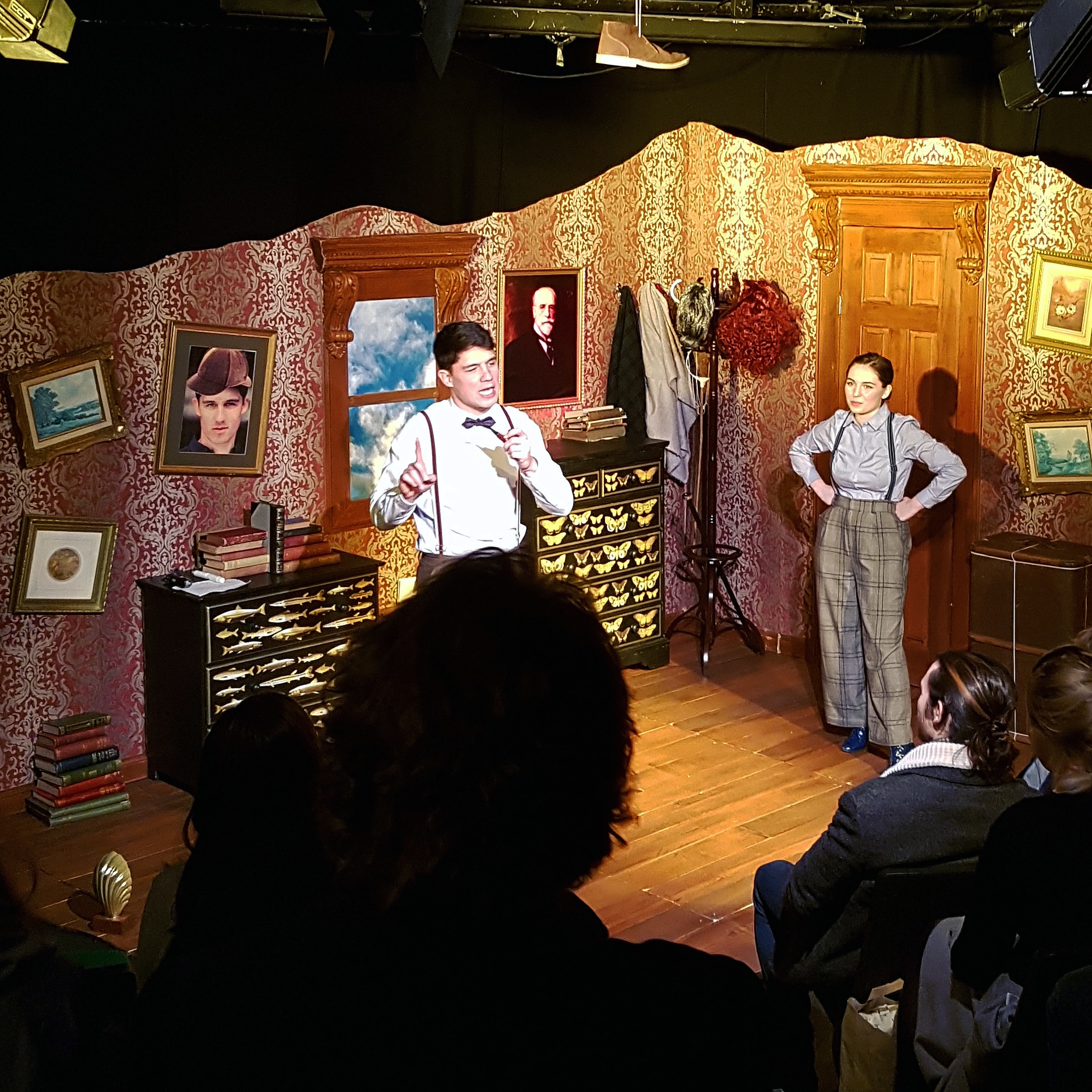 I love pub theatre, and the Drayton Arms is a good one to visit. I also quite enjoy Sherlock Holmes stories, so when the two met with a production of the classic Holmes mystery The Hound Of The Baskervilles, I had to go and check it out.

In this remarkable show, Sherlock and his trusty sidekick, Dr. Jane Watson, stumble through a retelling of this well known story, in which the two play every single character themselves.

The stage design is predictably simplistic, a few items of furniture and frames, and a handful of suitcases, that’s all these two brilliant whirlwinds need to paint the picture. The plot goes in all kinds of directions, loosely following the original story, and descends into absolute chaos at times. This is such a great way to bring comedy to a usually rather serious character, without going too far from the source material.

Both characters take on a number of other personas, repeatedly argue in character about how to best tell the story or which parts were being misrepresented by the other, and do not stand still for a single second.

Fast paced, hilarious, and absolutely confusing. What a brilliant show!