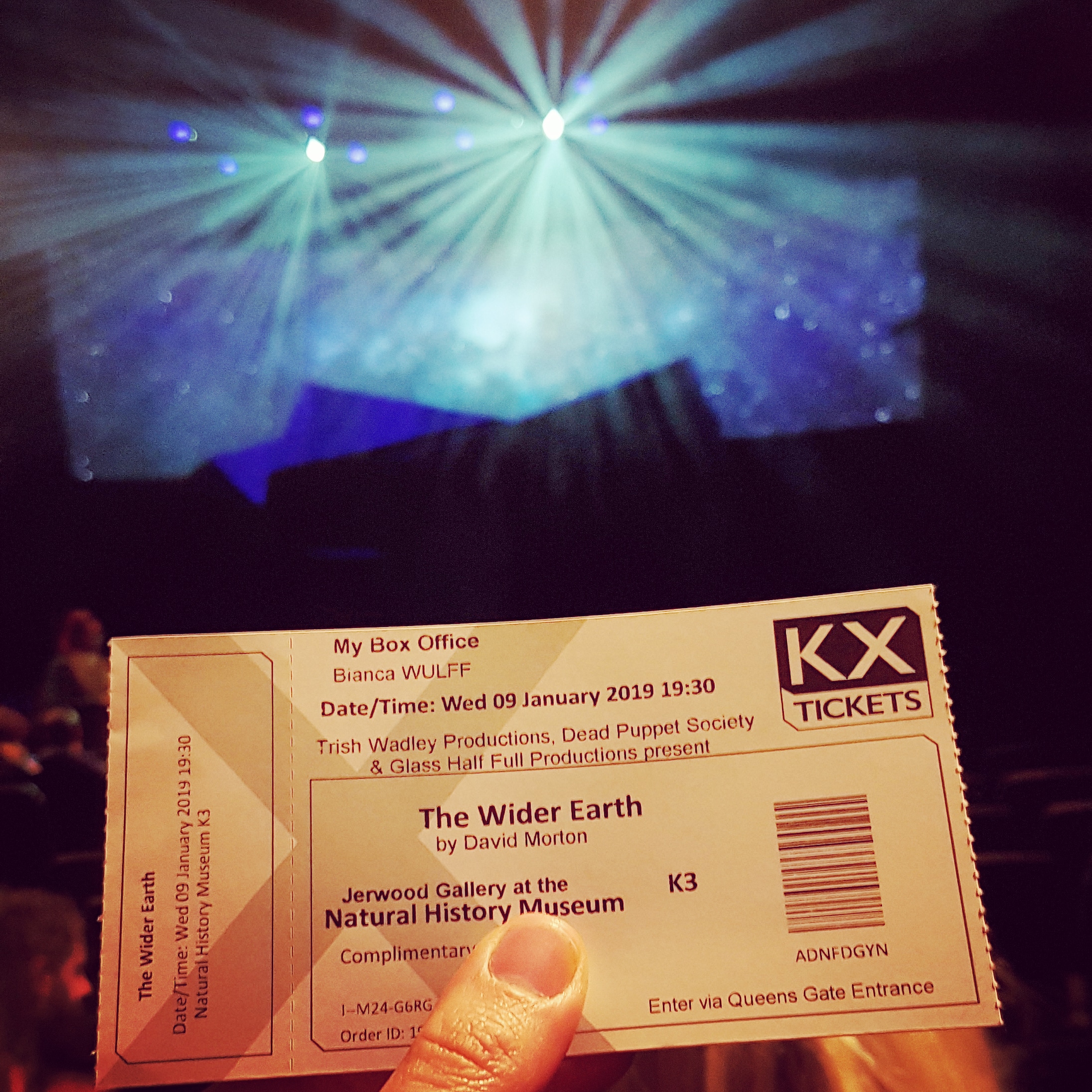 The Natural History Museum unveiled a theatre in one of their galleries specifically to host this theatrical production, The Wider Earth, a show focusing on a young Charles Darwin and his discovery voyage on the HMS beagle.

I was invited to review this production, so settled down in my seat to enjoy the show. The stage is somewhat simplistic, but very effective, with a jagged central structure doubling as the interior of the ship, wild lands, and other locations with a simple twist.

There are several gorgeous puppets featured in this whimsical show, though most of them are somewhat abstract, simple wooden structures with few details, some with lighting effects, that are only loosely recognisable as the animals they represent. Beautiful for adults, but a little confusing for the children in the audience. The gorgeous projections onto the stage add another level of visually stunning theatre, turning the stage into a living and moving painting.

Where the visuals are absolutely stunning, the plot is a little lack lustre. Darwin himself was shown in his early 20s, portrayed as a revolutionary and man of science who often argues with the ship’s captain. There is a lot of information and scientific discovery spirit in this show, not very much plot to be found though. It’s definitely a beautiful introduction to Darwin and his work for younger audiences, while older viewers will be pleased with the beautiful presentation.

Overall not a triumph, but a pretty little show nonetheless.