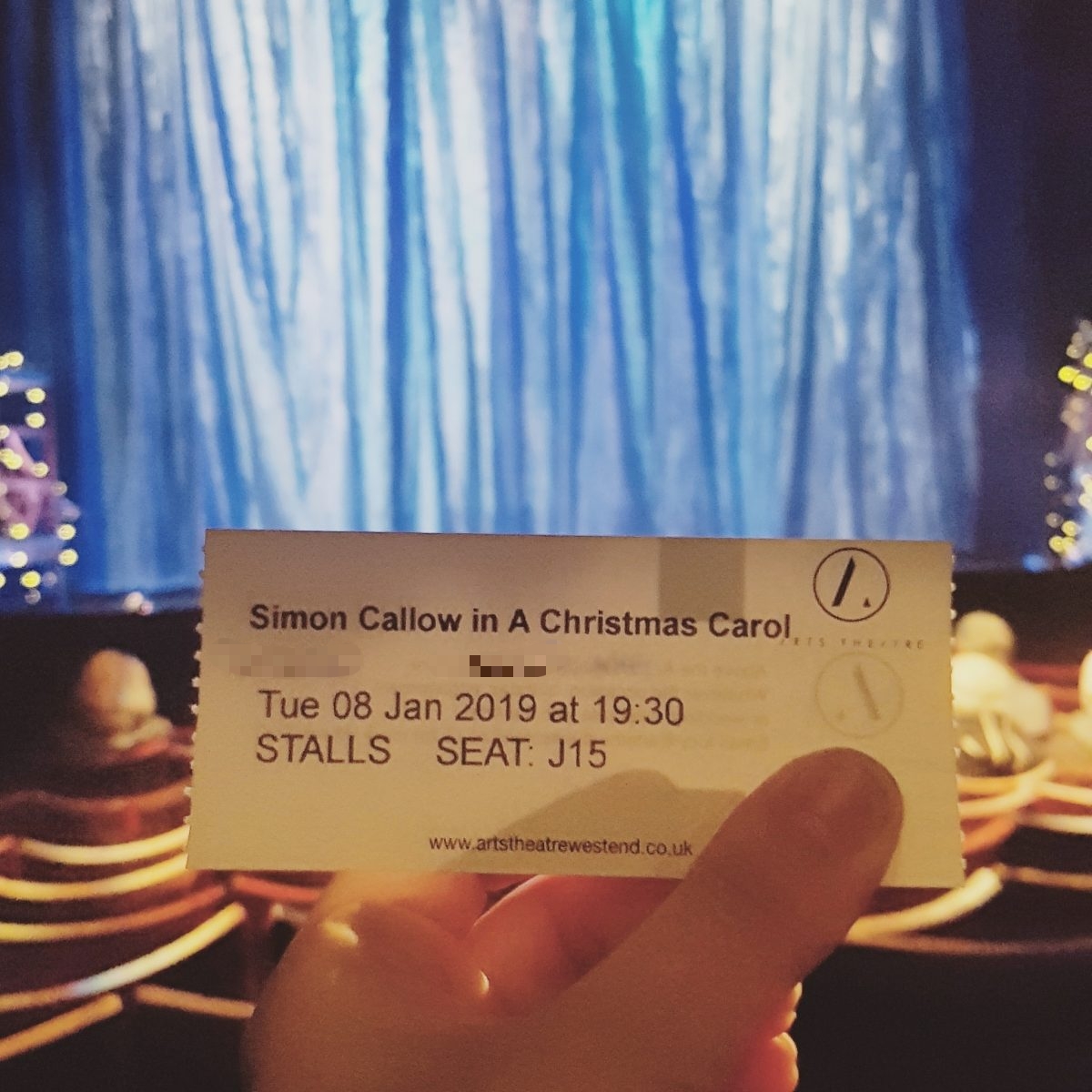 Ah, every year I try to see at least one production of A Christmas Carol. It’s such a timeless story with such a wide potential for different interpretations to it, and of course a great tradition for the holiday period. This year I decided on the one with Simon Callow at the Arts Theatre.

It’s a pretty low-key production that is very much held in a story-telling style rather than a full out play, which I very much enjoyed. It was calm and festive, and exactly what I had hoped for.

No big effects to be found here, but it absolutely works and drew the audience in with its simplicity in ways that are so often under appreciated.