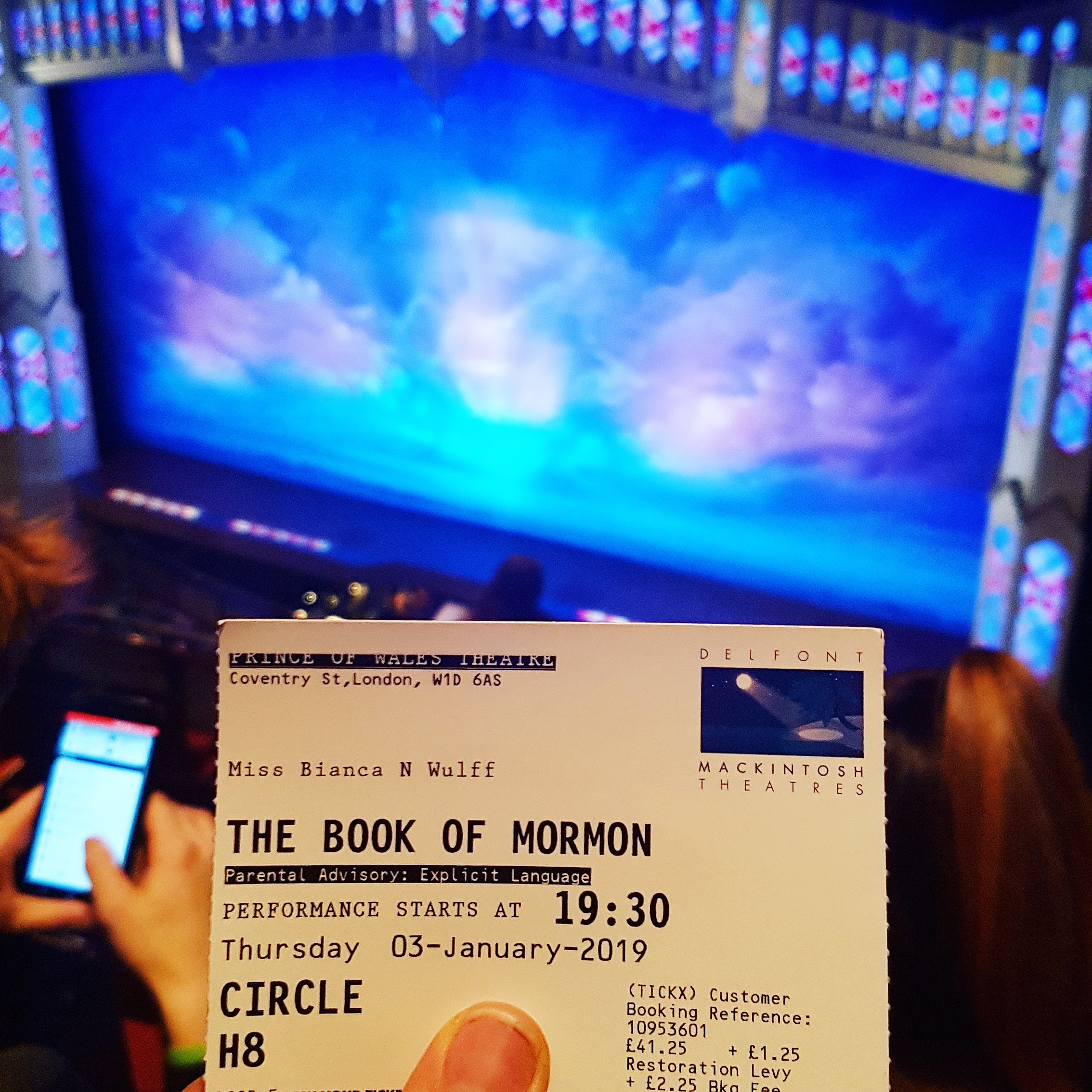 I think if I’d watched this musical five or more years earlier, I’d probably have rated it quite a lot higher than I do now. Maybe I’ve outgrown this kind of humour, maybe it’s not kept up with the times, who’s to say. Either way, if you’re in any way working on becoming a more educated, sensitive, inclusive individual, maybe skip this one.

I don’t want to say too much about this one, as I think it’s mostly down to it just not being my kind of humour as it feels incredibly stigmatising, somewhat racist, and definitely punching down rather than up. Of course, it was created by the South Park people, so this was absolutely to be expected. And like I said, half a decade ago I still very much enjoyed this kind of humour.

The production itself, including the stunning voices and bright stage design, are definitely flawless. It’s the content I have an issue with, and that’s where I’ll leave it for this review. Some things just aren’t made for everyone, and this one’s definitely not for me.