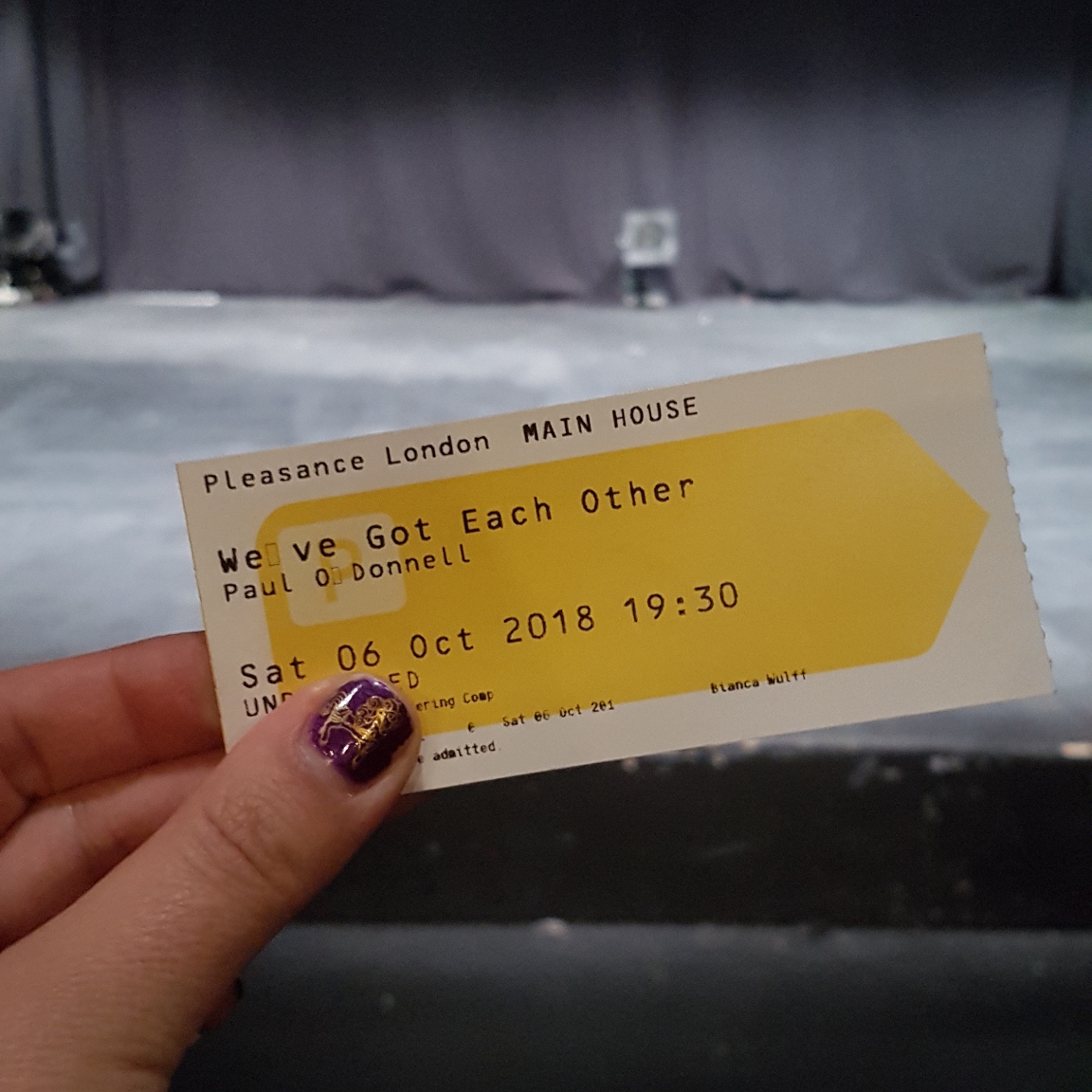 I only read the advertised summary of We’ve Got Each Other to know that I absolutely had to see this one. It goes as follows:
With the modern jukebox musical comes: a multitalented cast, orchestra, opulent sets, decadent costumes, extravagant dance routines, dramatic key changes and the odd hydraulic lift or two. We’ve Got Each Other has none of these things (they cost lots of money), but Paul tries to create this all-singing, all-dancing spectacle using the powers of your imagination.

So I headed off to the Pleasance Theatre to witness this spectacle of a one-man show.

Paul O’Donnell presents this jukebox musical like a pitch, starting off with a short introduction and then breaking into detailed descriptions of the set, costume design, light effects, and main characters. From here he starts running through individual scenes, laying them out in detail and taking on all roles.

The story line turns out to be completely insane, with hilariously stereotypical characters that make no sense whatsoever, and all the (imagined) glitz and glamour that goes with jukebox musicals. Demonstrating the utter enthusiasm of a creator who thinks he has re-invented the wheel, he whirls across the stage, commanding the audience expertly. From mild chortling to ear bursting guffaws, the room was buzzing.

I don’t want to give too much of the plot or staging away, as this piece of entertainment really has to be experienced first hand! Just know that if silly, over the top, ridiculous musical entertainment is what you’re looking for, We’ve Got Each Other absolutely delivers and then some!

This brilliant imagined musical will keep you singing Livin On A Prayer for days! Don’t miss this hilarious riot!