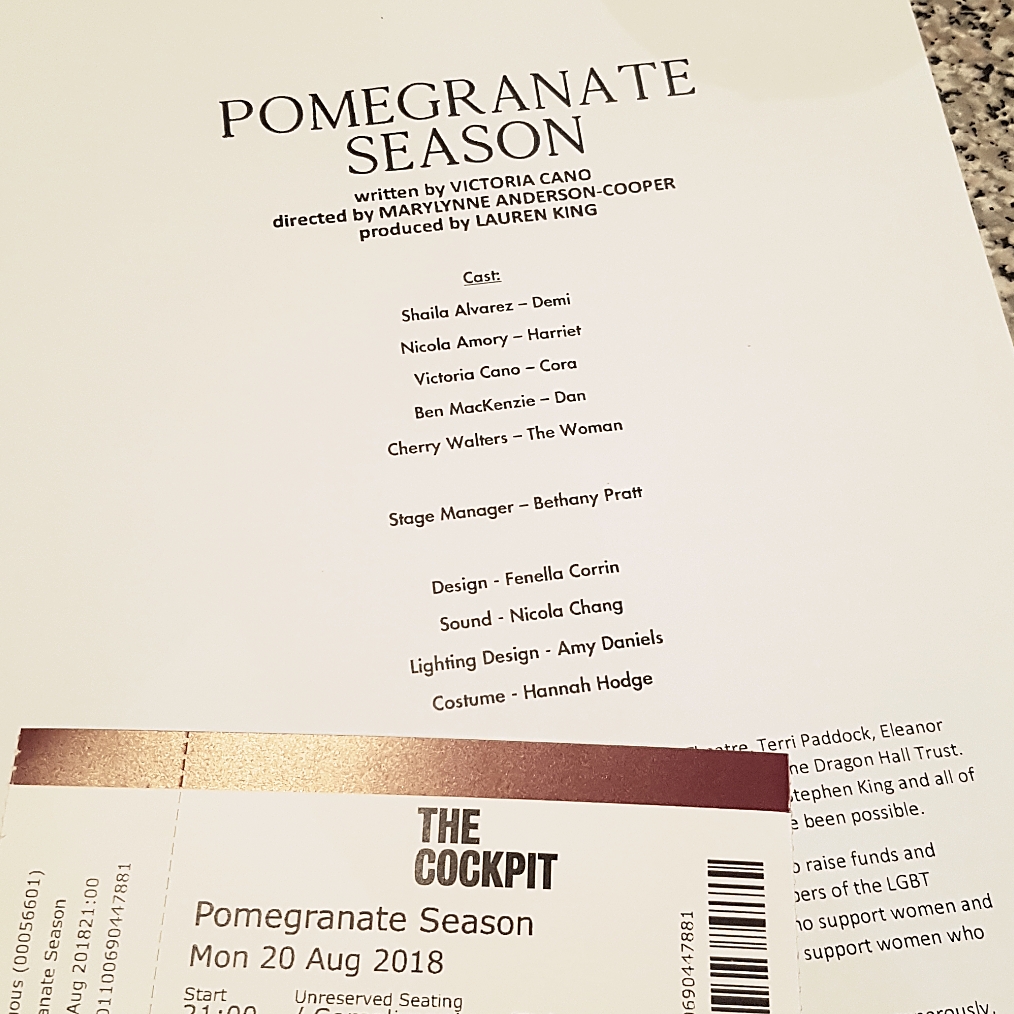 I love me some fringe shows, so I booked to see a few at the Camden Fringe this year. One of them was Pomegranate Season at the Cockpit theatre, a new play exploring a difficult topic, the boundaries between friendship, flirting, sex, and rape, and the definition of consent.

Cora and Dan are best friends, working together, and always bantering and flirting with each other, seemingly intimately, but platonicly, very close. With Cora being a bubbly, sociable, outgoing woman and Dan the quipping counterpart, they seem like the perfect team of friends at first. Until one night after a party, when their closeness goes too far and Dan forces himself on his friend, who shows little resistance. But afterwards Cora, with the help of her very outspoken friend Demi, starts wondering, was it rape?

This setup is such an important conversation starter in this time of the long overdue metoo movement. Not a clear cut brutal rape by a stranger, but a much more common, more devious case of sexual assault by a close friend.

It is unclear whether Dan assumed consent or simply did not care about his friend’s comfort. When implicit consent is not given, does it count as rape if there was no fighting back? The character of Cora ruminates on this question, struggling to see herself as a victim while clearly exhibiting behaviours of a trauma survivor, yet refusing to accept that it wasn’t just a simple misunderstanding, no big deal.

The set is very simple and effective. The large bed at the front of the stage seems very intimidating at first for a play that discusses themes of consent and sexual assault, but the way the scene eventually plays out it very well done, sensitive and definitely not the focal point of Pomegranate Season.

The rest of the set, mostly made of wooden crates and pallets, works very well in its simplicity and adaptability. There are no distractions from the storyline, and the way different locations seem to melt into each other works very well for the plot.

A very well done play on very current themes, and an important one that fosters understanding and sensitivity.