I love me some fringe shows, so I booked to see a few at the Camden Fringe this year. One of them was The Mechanicals at the Etcetera Theatre. 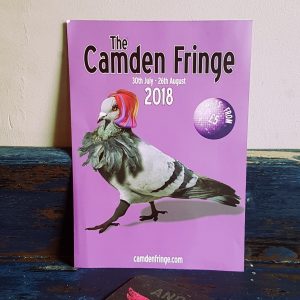 For this show, we got to choose our favourite Shakespeare scenes before entering the theatre, with 15 choices to pick from. The top 5 voted for scenes are then presented by the actors, with very limited prop and costume choices. The company’s descriptive question “What could possibly go wrong?” is really the theme of this show.

With actors holding on to small personal feuds, trying to flirt with other actors, getting frustrated with their roles or complaining about the costume choices, this show is a whirlwind of hilarity. And as you get the most voted for scenes, every show is different!

The actors really throw themselves fully into their roles, whether it’s an insignificant side character, a statue, or a flailing ghost. With a lot of physicality and ever changing scenes, there’s not a dull moment to be had. 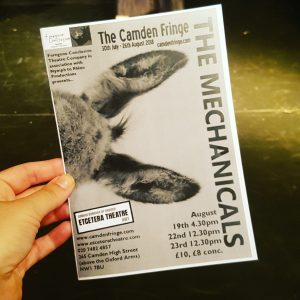 I thoroughly enjoyed this madly funny show, five out of six rainbow sloths for The Mechanicals!