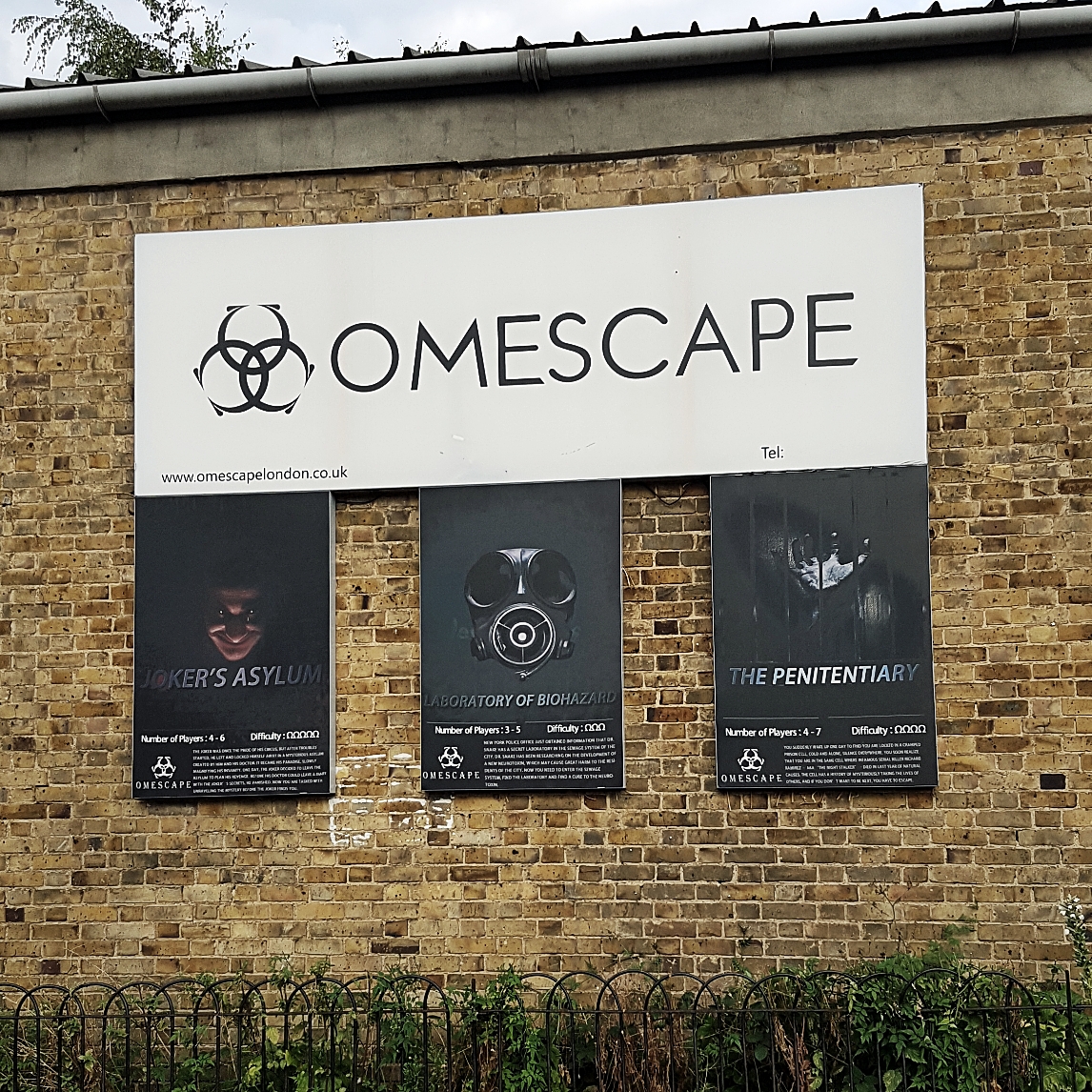 The brilliant Love Pop Ups London has invited me to return to Omescape to try their new VR horror experience. Mind Horror is a team game for 2-6 players and relies completely on VR technology.

After having played The Penitentiary and The Joker’s Asylum, I was very eager to try this new experience out as I’m used to a high standard from this company.

The storyline goes as follows:

Serial killer known as the Silent Man has kidnapped a child and keeps her at an unknown location. He was apprehended but a deadly brain disease has put him into a coma. Now your team of cyber-detectives has to enter Silent Man’s mind to discover a key memory, which will disclose the location of the kidnapped child. YOu have exactly 1 hour to complete your task before the connection is list! Silent Man’s mind is dangerous so you will need to protect yourself by doing swimming, smashing, shoooting and flying! Save the child before it’s too late!

With an easy rating, we knew this one wouldn’t be a super tough nut to crack, but we were not sure what to expect at all. After a short introduction, we were made familiar with the technology and how to use it, then it was time to put on the VR headsets and headphones and get immersed in a technological wonderland.

Some of the controls were a bit difficult to get used to, but we quickly figured it out and made our way through the storyline. Most of the puzzles were mentally easy to figure out, but practically a bit of a challenge to get right. While the VR is done really well, it’s a bit awkward to get the hand movements right and really take charge of the controls. Still, it was a lot of fun and we certainly had a lot of fun with it!

There are a few scary moments, but nothing too terrifying, though some of the imagery can definitely be disturbing for some patrons, especially those with arachnophobia.

We finished the quest in 47 minutes and 35 seconds, which we were told is quite fast for a team of five. We certainly had fun and absolutely enjoyed this VR experience. I’d love to see something like this with more accurate controls and more difficult puzzles to solve, as well as an improved audio system as it was a little difficult to hear what people were saying at times.

If you’ve never tried a VR escape room, definitely go and check this one out, it’s a very different experience to physical rooms.