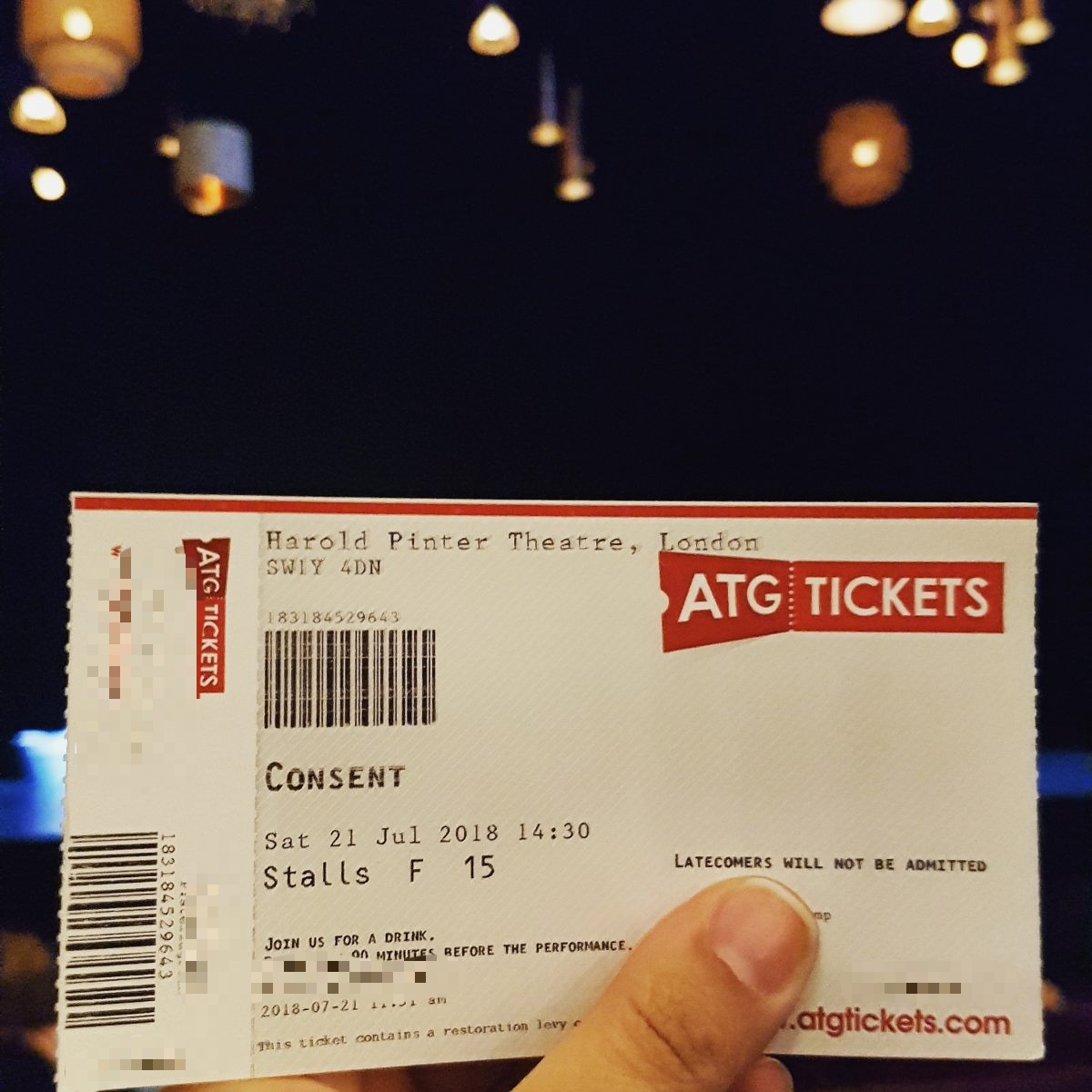 The West End transfer for the National Theatre’s Consent was quite well publicized, and I was asked by a friend to accompany her to see it. It sounded interesting and socially important, so I went along.

The play opens with a couple celebrating the birth of their baby, with an actual, live, tiny baby on stage, which I thought was a bit unnecessary and an odd choice to have an infant on stage, especially as the play ended up not having much to do with the baby all. Apart, perhaps, from later references to Medea by way of a friend of the couple auditioning for the role, bit this loose reference is a bit too tenuous to necessitate a fresh infant, rather than a more common prop one, on stage.

The freshly baked father, as well as the best friend couple of the new parents, are all lawyers, who openly discuss their cases and clients throughout the play, subtly opening discussion about consent, rape, feminisim and misogyny without being in your face. There’s a lot of wit and humour in their conversations around such difficult topics.

The main case being discussed is that of an accused rapist, being represented by one of the group of friends, and his victim, represented by another friend, and the different ways they are being treated by the justice system, alluding to the fact that the guilt of the accused was obvious, but easily put in to doubt by examining the life of the woman accusing him. It’s a stark topic and many strong points are being made along the way.

There is another couple of people introduced into the action, the aforementioned actor and the man her friends are trying to set her up with, but these two seemed of little consequence and not entirely necessary for the development of the plot.

The second half gets more intense, with relationships being questioned, relationship behaviour examined, and tempers running high. It is at times uncomfortable to watch what seems like a couple having private discussions in their own home, so well presented is this play with its many over- and undertones of difficult topics.

Overall a really important play breaching current topics that are in so much need of discussion. It’s a perfect primer for opening yourself for these difficult discussions. The harsh topics are made more palatable by sprinkling a lot of humour throughout the play, making it easily digestible despite the harsh realities it examines.