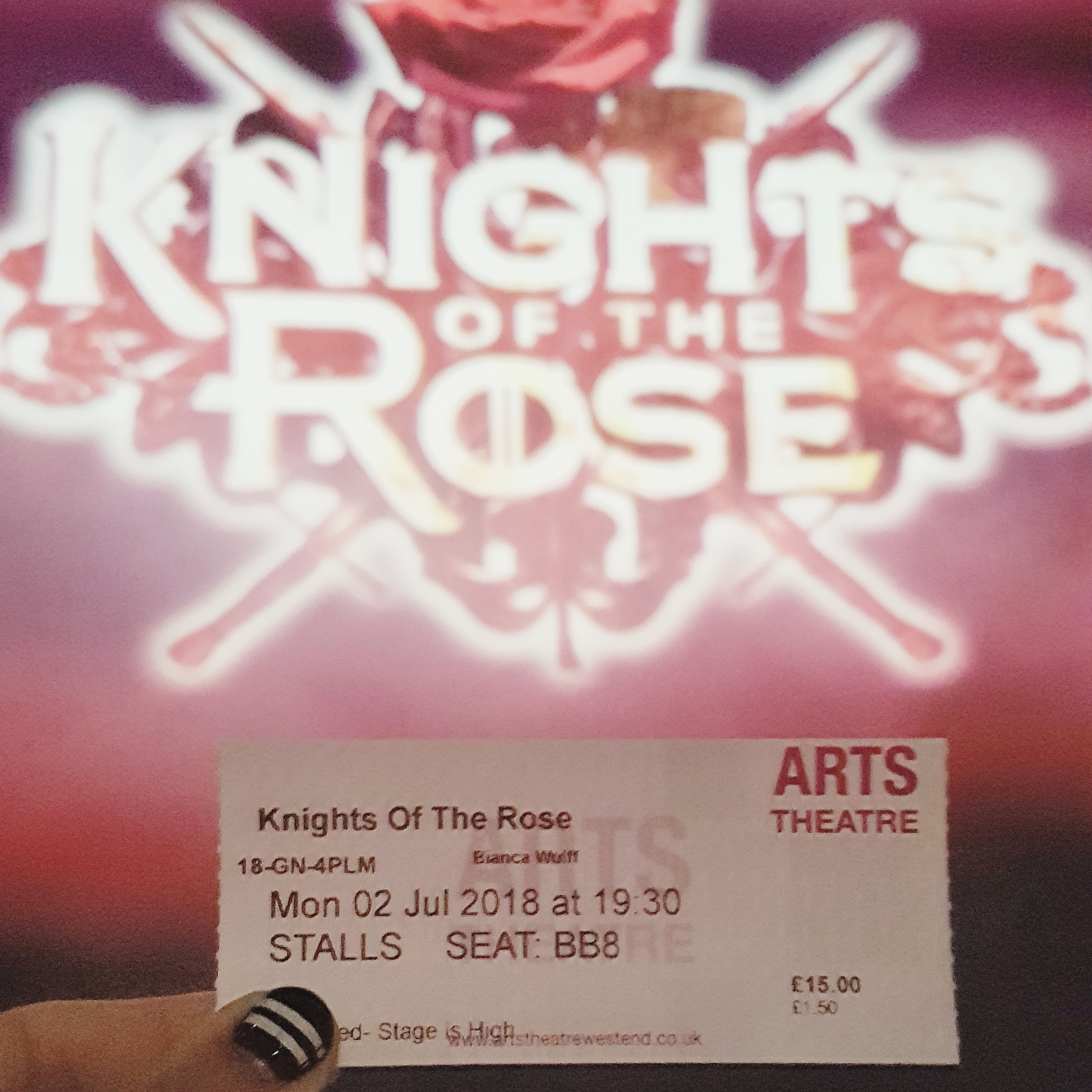 There was A LOT of advertising buzz about Knights Of The Rose, so I had to grab tickets to see the spectacle. They were really pumping up excitement for this, and I was very much looking forward to checking it out.

The story of Knights Of The Rose is your average run-of-the-mill “knights go off fighting while vying for their lady’s affection” kind of deal, so nothing special or super engaging there. The big selling point was the soundtrack, a jukebox musical thrown together from the biggest rock ballads of all time. I do love me some rock, but I’m not especially into ballads, so that was already a bit too soppy for me.

The biggest issues I had with Knights Of The Rose was that a lot of Shakespearean language was used, with direct quotes from various plays, but then there was a narrator who just popped up once in a while to tell you what was actually going on. Which was a bit weird, as the plot wasn’t especially complicated or convoluted, so the narration wasn’t necessary and seemed a bit distracting at times. The stark contrast between the Shakespear quotes and the more modern language in the songs also bothered me. I feel like one or the other would have worked better. My third issue was that the set was really quite wobbly, and a big fortress that shakes and wiggles as people rush up and down stairs just looks a bit silly. But it was a small production, so it’s somewhat forgivable.

The acting was varied, with some of the cast giving stellar performances while other seemed a little disinterested and wobbly with their lines. The only thing I absolutely can’t fault is the assembly of stunning voices!

Overall, this musical was just way too soppy and romantic for my taste, I’m just not a soppy-romance kind of person. If you’re into rom-coms, this’ll be much more for you than it is for me.

Still, the amazing voices really brought a lot of enjoyment and the selection of songs was great. Unfortunately with weighing all the positive and negative points, I can only rate it three stars. Mostly because I’m simply not the target audience for this rom-com style plot line.