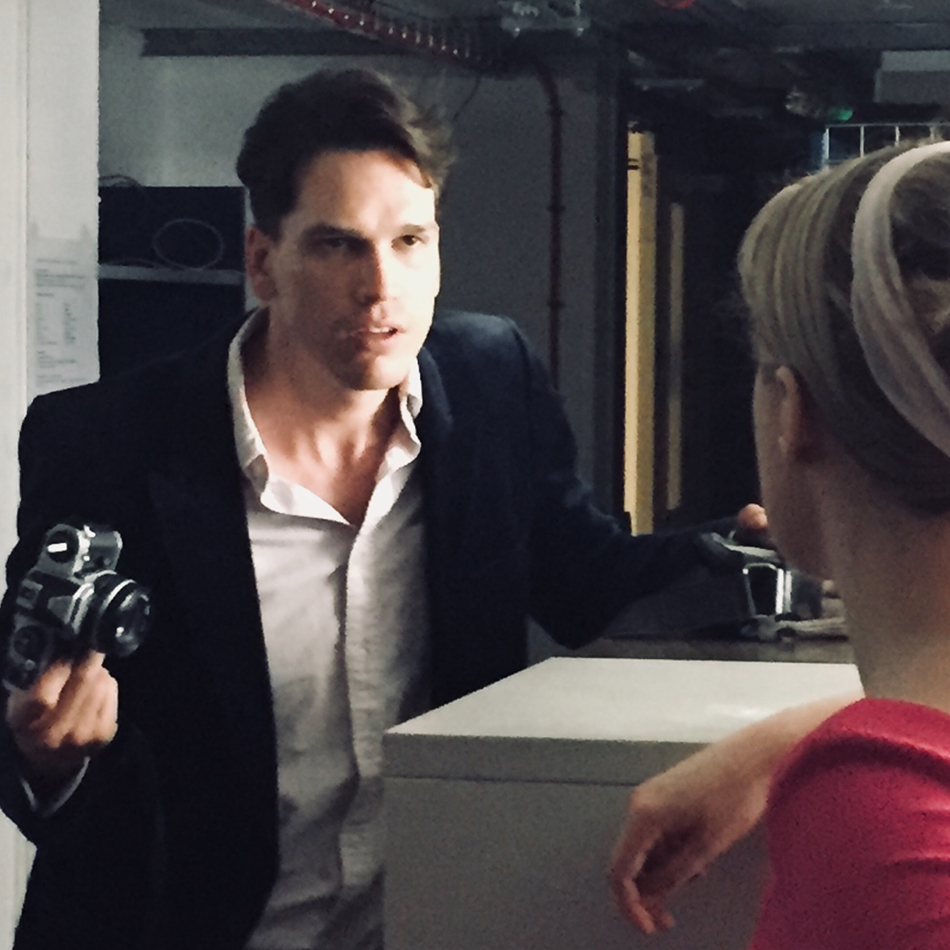 I was invited to join Love Pop Ups London to check out the dress rehearsal for ImmerCity‘s newest immersive adventure, Dead Quiet.

Similar to previous shows by the same company, this one is a fully immersive experience that centers around solving a mysterious death from several decades in the past. Through the help of a spiritual medium, the events of the night of the suspected murder are revived and audience members get to follow the characters to find out more about what happened on the night in question.

We were split into groups of six and each asked to choose one of the six characters to follow and observe. Gwendoline, the librarian who has been kept awake at night for the better part of fifty years, introduced us to the setting and characters who were involved in some way, during a music and literary festival at Kensington Library in the early 60s. She is the one who still has questions about the suspicious death and simply needs to find answers.

The librarian led us to a lecture hall, where our experience would begin. After watching a short introduction scene, we split up to follow the character we chose, trying to get as much information about the events of the night as we possibly can. Most of the six characters interacted with one another during the evening, leading up to the death of one of them, so we crossed paths again and again. The level of immersion was extremely well done, with all the actors playing their roles beautifully and the dark library basement serving as a spooky backdrop.

After we watched all the events unfold, we were given an opportunity to get back together in our groups and brief each other on what we had witnessed, to prepare for a chance to speak to the ghosts of the past to hopefully unravel this mystery and find out what actually happened and why. With just a bit of preparation we were then given a map with seven stations, giving us the chance to speak to each characters for exactly 5 minutes to hopefully have most of our questions answered. We weren’t quite prepared enough for this task though and struggled a bit, but we got a lot of good information out of some people and were able to crack hidden messages.

After finishing up with all seven stations, we were again given a bit of time to debrief and discuss what we believe really happened on the night of the tragic death so many years ago, followed by another session with our medium to see whether we were correct in our conclusions.

All in all it was a really fun game to play and fully immersive with lots of opportunities to join in and interact. It was a bit rough around the edges, but as mentioned above, this was a dress rehearsal and feedback from us was very welcomed and will be considered for the final changes before the show officially opens. Considering it was basically a test run, it was very cohesive and well done. A few technical issues here and there as well as room for improvement in time management were the most noticable niggles, but are easily corrected for the actual run.

If you like mysteries and immersive theatre, I’d definitely recommend you check out Dead Quiet at the Kensington Library! It was a lot of fun to test out, and based on the dress rehearsal I got to try out.