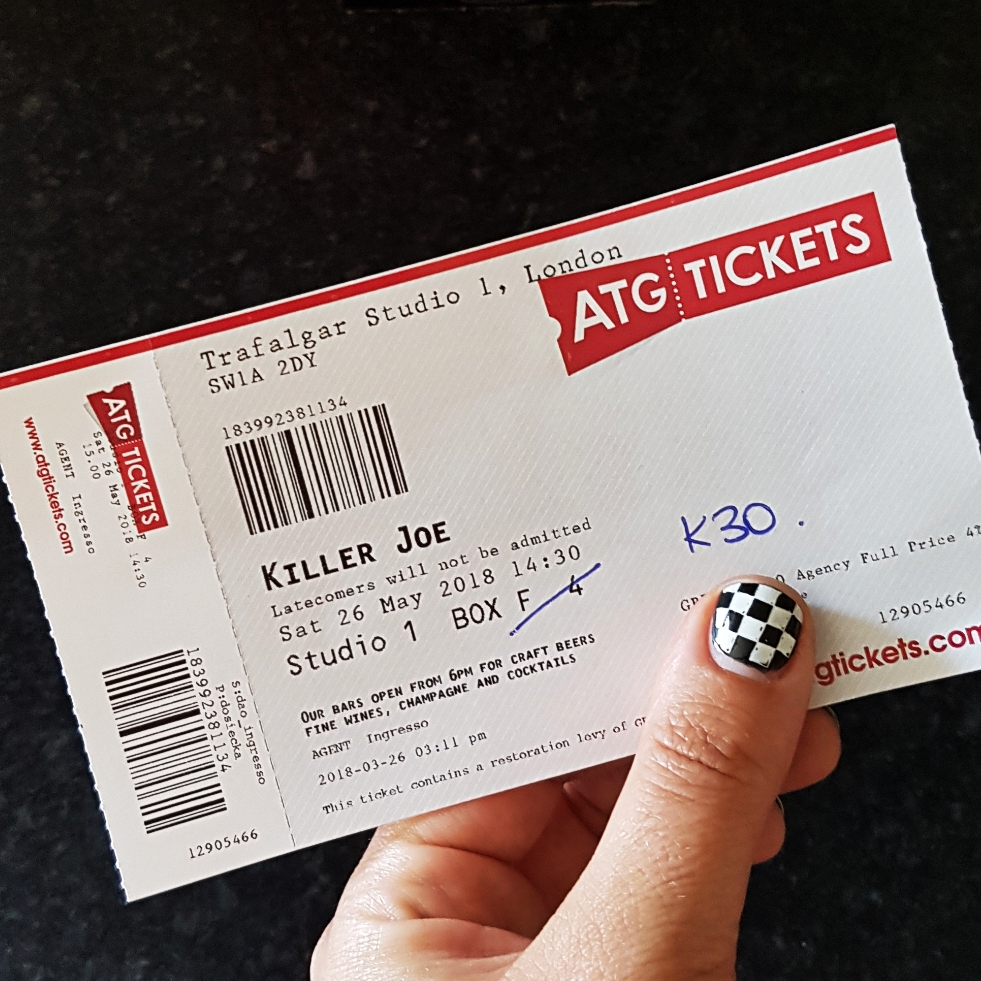 I snapped up a ticket to see Killer Joe at the Trafalgar Studios from someone who wasn’t able to go to the matinee anymore, so this was very much a last minute theatre trip for me. This dark comedic thriller was hotly anticipated due to its star studded cast and the popularity of the script itself.

The play is set entirely in the trailer park home of the Smith family, who struggle with debt and hatch a plan to kill their estranged mother for her insurance money. As the Smith siblings and their father can’t stomach doing the deed themselves, they hire Joe, a cop and contract killer, to do the dirty work for them. But things don’t go smoothly due to drugs, money problems, and a budding romance between Joe and Dottie Smith, one of the conspirators.

The whole setting is very dark and desperate, with a gorgeous set design that works really well. The characters spiral from emotional and financial problems, to poor impulse control and raging tempers. The story is very well told with strong acting from the entire cast. The small theatre really fostered an intimate atmosphere that almost made it feel like we were watching the family tragedy ensue in a close neighbourhood setting.

Some of the themes and actions were extremely uncomfortable, but handled in such a strong and bold way, that it was jarring and comforting at the same time. Such strong themes are difficult to put on stage with grace and reflection and could have easily gone wrong, but the way this play was presented worked perfectly.

This is not a comfortable play, it does leave you emotionally shaken and deep in thought. From the acting choices to the stage setting, Killer Joe was fantastically done.