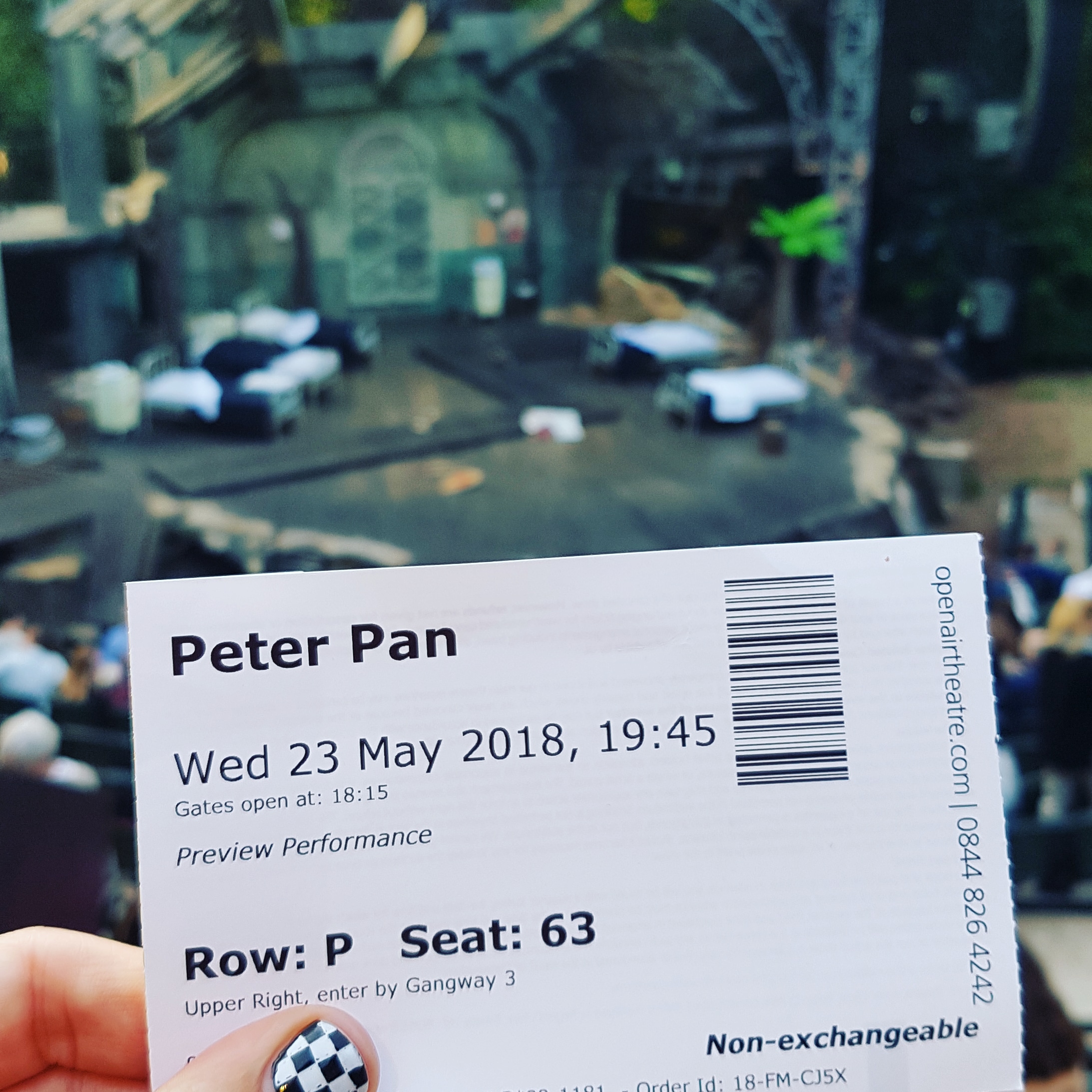 The Regents Park Theatre’s production of Peter Pan is back and has had so many great reviews, I just had to check it out for myself.

This version of Peter Pan is set in a wounded soldier camp in World War I, starting out with injured soldiers being cared for and escaping into the imaginary world of Neverland to forget about their real world troubles. The soldiers transform into the story’s characters and a whirlwind adventure in Neverland ensues.

The WWI parts of the story are quite graphic and grim, which is a stark juxtaposition to the whimsical world of Peter Pan. While the parts set in Neverland are really good and the acting is absolutely top notch, with gorgeous puppets and beautiful set pieces, the dark and grim parts of WWI that keep popping up throughout the play just don’t fit very well with the rest of the aesthetic. While I can absolutely see what they were trying to do as a tribute to the troupes and a nod to the real world people that inspired the tale of Peter Pan, it just doesn’t work very well.

The trenches at the front of the stage and some of the gruesome war scenes are just too stark a contrast and turn this children’s tale into a dark anti-war metaphor that doesn’t seem suitable for young children in it’s grimness.

Overall I really enjoyed this production, except for the war parts strewn througout. Without those, as just a production of Peter Pan, it would definitely have been better.