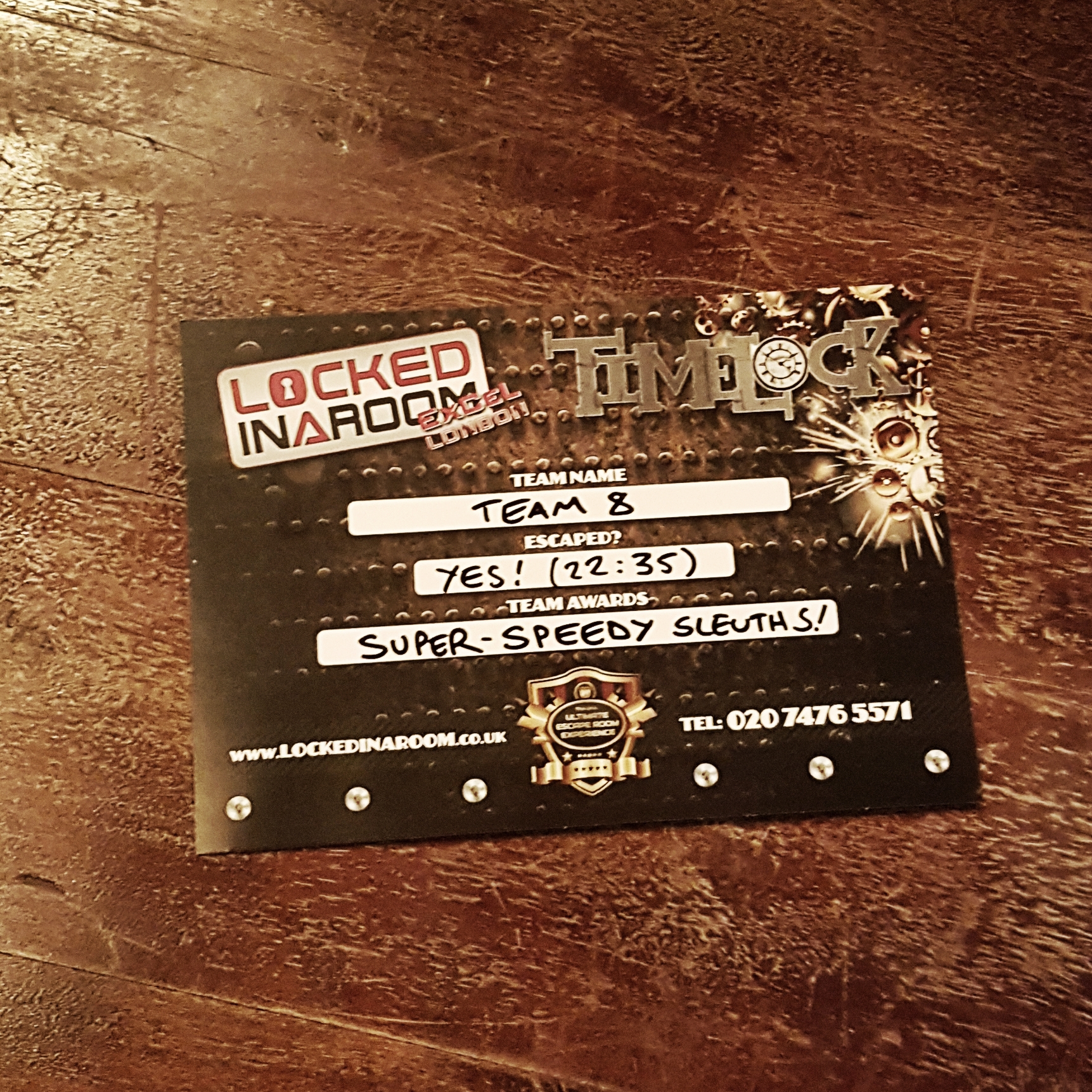 To warm up for the Secret Cinema Blade Runner evening, I assembled a group of players to try out Locked In A Room in the Excel centre to play their TimeLock room. We arrived before lunchtime to have a go at this room.

The premise of the room is simple, You are respected scientists individually working on secret government funded projects in laboratories located in an abandoned warehouse around the Docklands of London. One of the scientists, Professor Samuel Pottenger, has just been dragged kicking and screaming along the corridor by unknown armed assailants. Pottenger is known to you as a very level headed man of immense intelligence and absolutely not one prone to an emotional outburst… Discover his secret.

We were lead into the room and started working on the puzzles. The games are mostly linear, where you have to finish one to get the information to find and work on the next one, which is a nice way to play through rooms with a smaller group. Most of us were engaged and busy throughout the game as there was a lot to do for five players.

Some of the puzzles were very typical escape room fare, while others were quite different and fresh. The props and decorations seemed a little bit too well-used and could use some updating.

As seasoned escape room players, we quickly made our way through the room and finished it in under 40 minutes. It was a lot of fun, but not super challenging, so more of a mid-level difficulty room.

They have many identical rooms next to each other, so this one is perfect for large groups or corporate team building events. It’s definitely a fun room and suitable for beginners and seasoned pros alike.