I was lucky enough to be invited to the dress rehearsal of The Globe’s new run of Hamlet. I heard a lot about this season being more diverse and inclusive, so was really looking forward to seeing how it would work out. 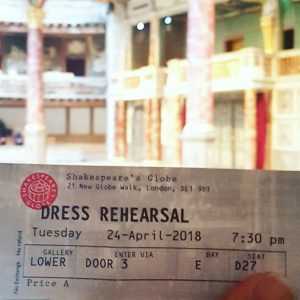 As a very new approach to casting, Michelle Terry, the new artistic director of the Globe, decided on a democratic, gender-blind process that gave the cast themselves the power to decide who would take on which role(s). The idea sounds amazing and landed Michelle Terry herself the role of Hamlet.

Now, I’ve seen a variety of Hamlets in my theatre going life, and ever staging and interpretation is so different, it is always interesting to see a new approach, and to discover how the acting decisions of the cast and director change the play in so many ways, sometimes very subtly, sometimes very obviously.

In this case, the cast just felt right, everyone fell into their roles so well and despite not fitting the traditional character descriptions, it just worked. I was pleasantly surprised how little it mattered who was playing which character and whether women were addressed with he or she. I love seeing that a novel approach at casting absolutely worked out and made for a beautiful staging that just fell into place and felt right.

The play itself was kept to the traditional writing of course, and very minimalistic in terms of stage design, costumes and props. Some costumes were relatively modern while others kept to more traditional designs, which was very interesting and almost seemed like poignant commentary on the characters themselves. 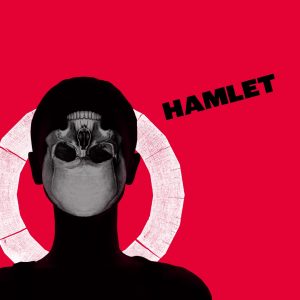 The only small complaint I have is that Ophelia was portrayed by a male actor, which felt a bit tokenistic. Just because Hamlet is played by a woman doesn’t mean Ophelia needs to be gender swapped as well. Now, it might have just been a coincidence, as the casting process is said to be democratic, but it still felt a bit forced. Other than that, it was absolutely beautiful.

I really enjoyed this production of Hamlet and will definitely go see it again once it properly opens its run!