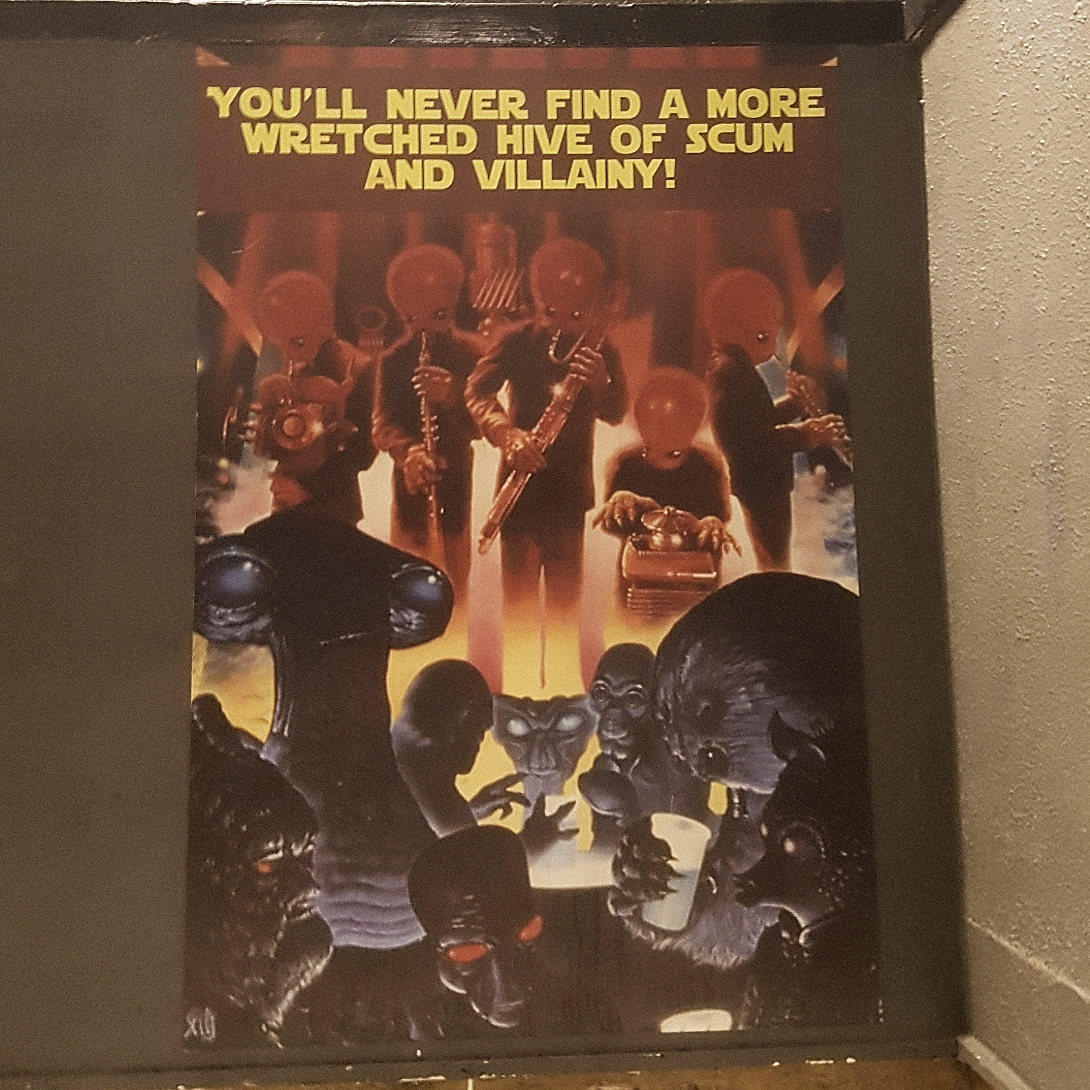 When I heard about MovieEscape‘s Escape The Cantina game, I knew I had to organise a group of friends to go and try this one out. Basically, it’s a full scale rebuilt of the famous Star Wars bar, with a themed escape game inside it! It took a little time to organise a large group of people, but finally we made our way to the small business park outside of Manchester where the Cantina hides.

We were immediately greeted by a young man dressed in a similar fashion as Luke Skywalker. He welcomed us and introduced us to the basic premise of the game, we’re rebel spies and had to find plans that the Rebel Alliance badly needed to make a dent in the Imerial course of action. So far, so good!

Once we were lead inside, we spent the first few minutes just fawning over how impressive the rebuild of the bar itself was. It does look so much like the movie set, without the circular bar or band, but as close as they could get in the space.

Part of the game dynamic is the barman, who gives clues, hints, and is essential in progression through the game. Usually I’m not a fan of actor-lead game progression, but in this case it worked really well and we had someone to banter with while trying to make our way through the game.

The game itself was very disappointing. Difficulty level was great, it really wasn’t super simple, but it was mostly just finding items in the vast space, and then opening random boxes and crates with the keys and codes we found. A literal puzzle was involved. However, seeing as this was supposed to be a spy mission, and the whole room is Star Wars themed, it could have been so much more! Having done a lot of escape rooms, I expect more than padlocks and find-the-item games.

I’m not saying we didn’t have fun, just that this one could be so much more than it is. Basically, someone built an amazing set and then just threw a mediocre escape game into it.

Still, we really enjoyed the room itself and got to spend some time with its residents after our escape time ran out. We didn’t quite make it, the host said we finished about 85%, but we were able to take plenty of photos in the gorgeous space.

The escape game itself isn’t the most exciting, but the room alone is worth a visit! It’s available to rent for parties, so maybe go that route if you just want to see the Cantina!