Free Solo is a small production play about a daughter following in her late father’s foot steps to find out who he was and to feel closer to him. 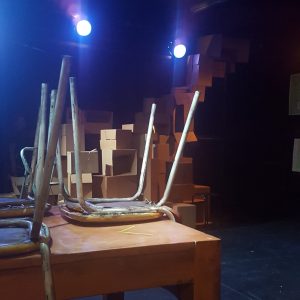 This one’s an emotional one! Hazel Robinson is the daughter of John Robinson, a famous free solo climber who fell to his death 11 years prior. She happens upon his climbing journal and starts to follow in his foot steps to discover why he would take such a risk when he knew there was a possibility of never seeing his family again.

The story is accompanied by a great original score with a variety of music genres suiting the different themes and emotional situations. 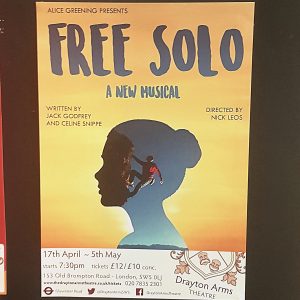 Having lost close family members not too long ago, this one hit quite close to home for me. On originality and emotionality, Free Solo gets full rating! I am deducting points for some of the songs not being suited to the range of the characters singing them though, and the ending feeling a little bit empty and unfinished. Still, this musical has great potential to grow into its boots!

Four out if six rainbow sloths from me.