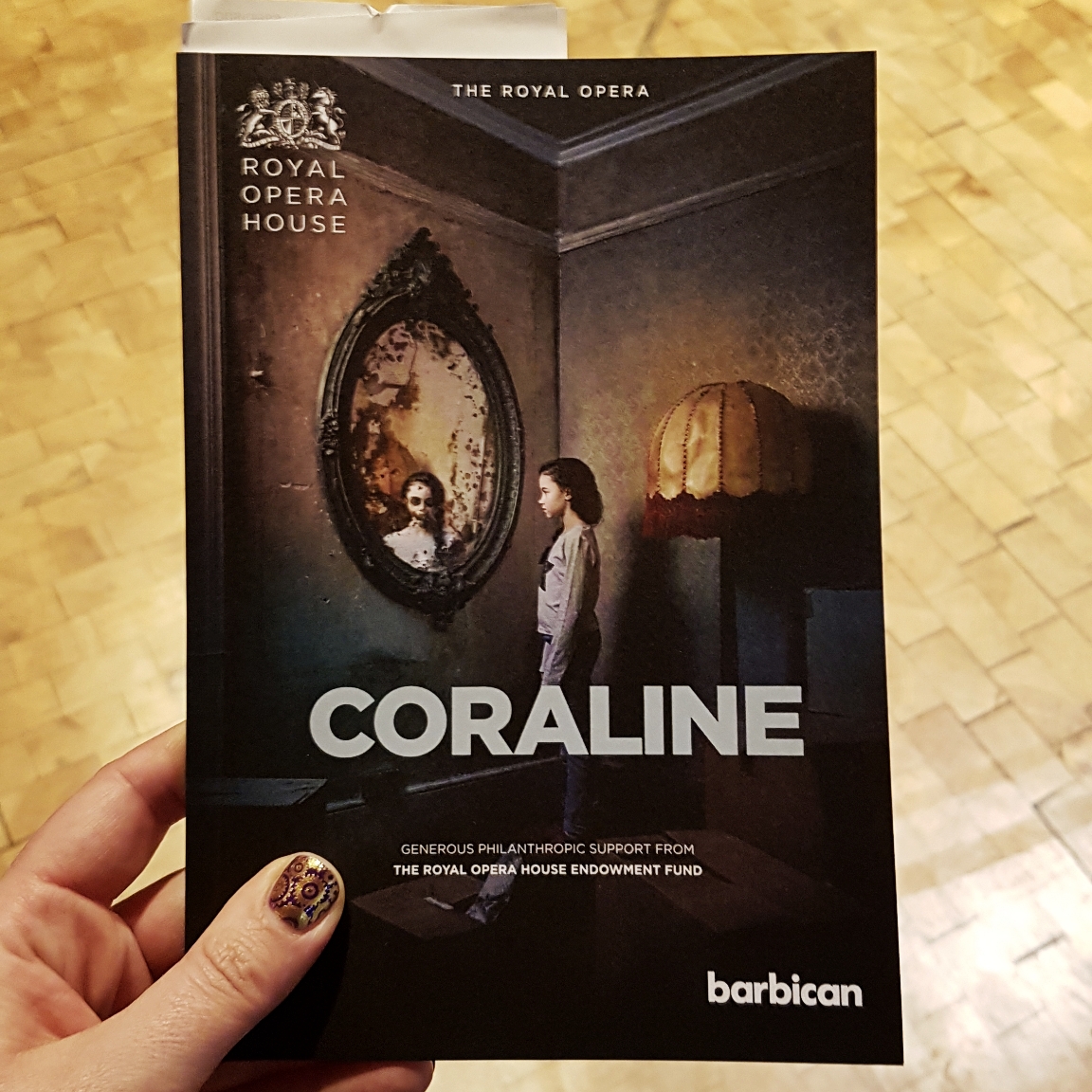 When I first heard about the new production of Coraline by the Royal Opera House, I was in two minds about it. On the one hand, I absolutely love Coraline. On the other, I really don’t like opera. Eventually, a friend and I convinced each other to go check it out together.

This opera was advertised as a junior opera, suitable for children. The audience was pretty evenly split between parents with children, and adults of all ages. Unfortunately we happened to sit next to a pair of parents that just didn’t give a damn about manners or anyone else in the auditorium. They had brought sandwiches and crisps for their kids to messily eat throughout the show and had loud, extended, completely opera-unrelated discussions with each other and their offspring. Absolutely unacceptable behaviour during a live show, but as this was a show geared at children, we figured we couldn’t really complain about it. Please keep this in mind for the duration of this review, as it definitely hampered our enjoyment of the production.

After that negative start, I’ll go with the parts I really enjoyed. The stage design was wonderfully done and worked perfectly for the story. The rooms looked very cartoonish, bright and overdrawn with gorgeous little details. Especially the way the rooms flipped for the ‘other side’ was just fantastically done.

The costume design was simple and effective, matching the characters really well without distracting from anything, drawing heavily from the film version of Coraline.

I can’t say any of the performers didn’t do a fantastic job, they really were amazing, but opera just isn’t for me. I love musical theatre, but the sung narration and extreme pitches of opera simply don’t work for me. It all seems so artificial and forced to me. As I pointed out, this doesn’t mean it wasn’t well done.

Considering that I booked this one knowing I might very well hate every minute of it, I actually still quite enjoyed it. The scene selection and shortening of the storyline were very well done, the look of the whole show was gorgeous, and even that really scary scene towards the end worked incredibly well for a stage performance. I just really wish this would have been done in a rock musical fashion!

It definitely achieved what it set out to do and is a great piece to introduce children to opera, and anyone who enjoys opera shows will definitely find something worth while in this production!

I’m rating this one two and a half, mostly because I just don’t like opera…