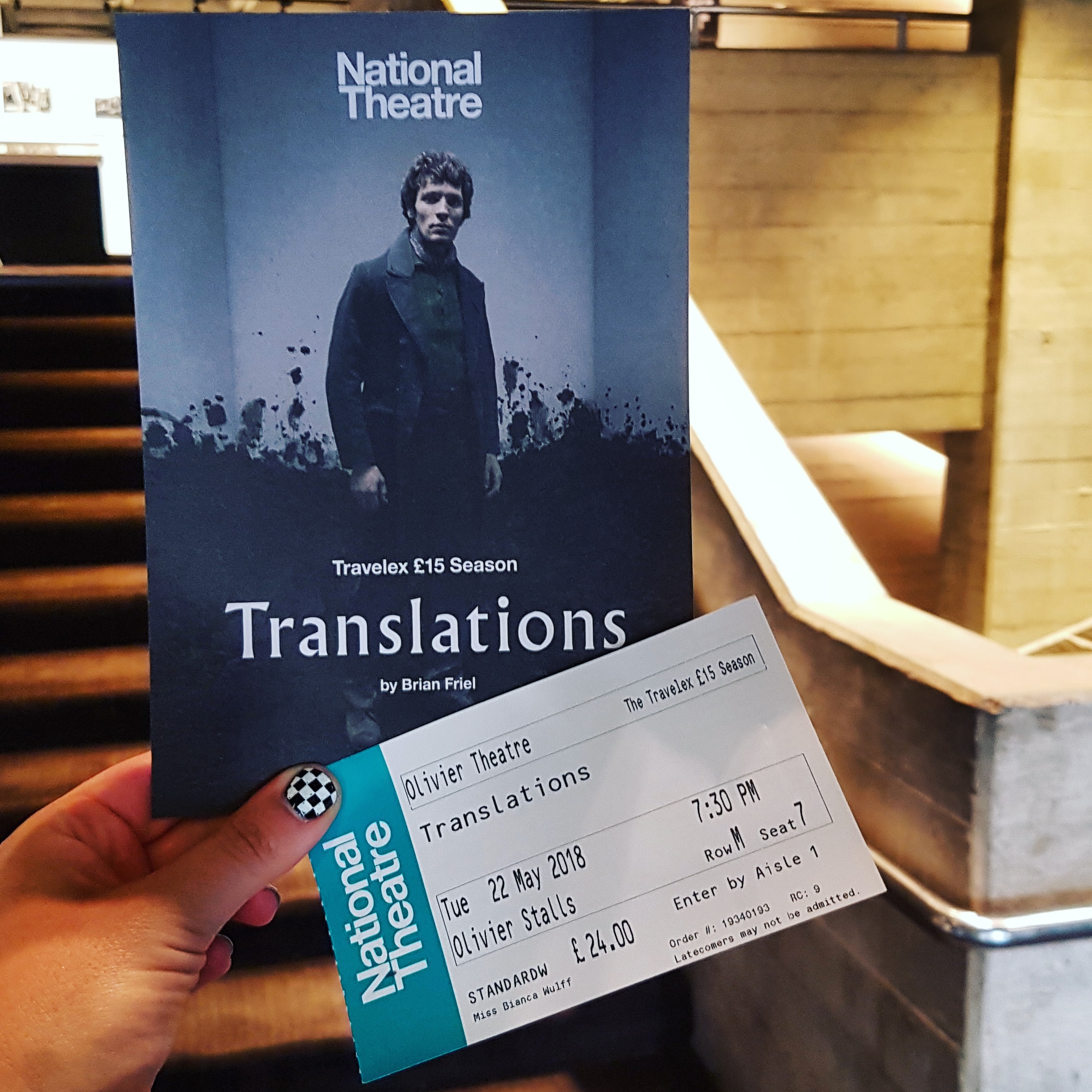 I was quite excited for the National Theatre’s production of Translations, having bought tickets in the pre-sale to make sure I get to see it. My excitement was quickly extinguished when I actually saw the production, though.

Translations is a classic story, set in a village in 19th century Ireland, documenting the political troubles and communication issues when two English men, sent by the king, try to survey the land to replace the gaelic names with more commonly understood English translations. The largest theme of this story is the troubles of people not being able to undestand each other due to speaking different languages, and having to communicate through a translator.

While the premise seemed very intersting, the biggest fault for me was that all actors spoke English, and as such it seemed very comedic that they did not understand each other and needed a translator who also spoke English. I understand that this choice was made to ensure the audience understands all of the spoken communication, but it made it very difficult and tiring to try to keep track of who was supposed to understand whom. The Irish characters did not even speak with Irish accents, which would have made the plot a lot more appealing and logical. Everyone just spoke plain English and pretended they didn’t understand what other people said.

I’d rather have seen this in half Gaelic and half English, not understanding most of the spoken words and having to rely on the translator to try to understand. As it was, it lost my attention very quickly and ended up just being annoying and ridiculous rather than engaging. Something as simple as giving the Irish characters thicker accents would have solved this for me.

For the first time ever, I actually left the theatre even before the interval. In the end, I stayed for just over half an hour when I decided it just wasn’t worth my time. I found myself feeling annoyed and bored at the same time, to called it and went out for drinks with my friend who had accompanied me.

This was definitely a big bust for me and the stylistic choices of having everyone speak English without noticable accents really didn’t work. Just one star for Translations, which didn’t need any actual translations.