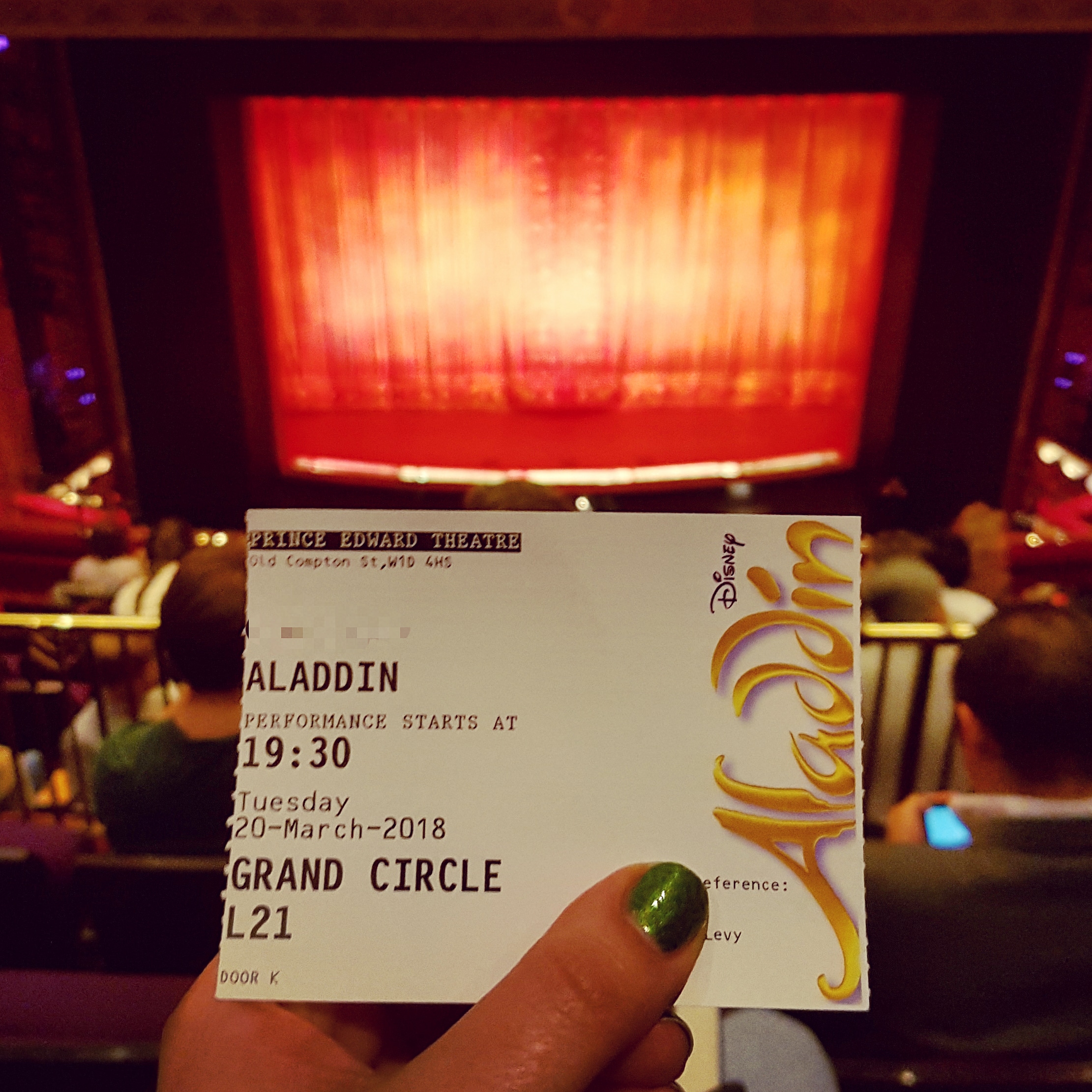 I’ve been wanting to see Aladdin for a while now, so when Today Tix offered their spring sale, I just had to grab tickets to this show.

What a magical experience this is! So many colours and lights, it’s really quite something. However, being based on Disney’s version of this fantastic tale, I was a little disappointed that they did not stick to the actual story presented in the animated movie. There were so many alterations, in characters as well as in songs, it didn’t sit as well with me as it could have.

But first things first, this is absolutey a piece of stage magic and is a lot of fun to watch! The stage design is beautiful and the costumes are just to die for, so much pretty to look at. The cast is also very well selected, though Trevor Dion Nicholas is very obviously the undisputable highlight of the show in the role of Genie. Without his intesity, audience interaction, sass and joy, I would have enjoyed Aladdin a lot less than I did. Completely perfect performance for this fantastic actor who seems to just have a blast on the stage every night.

Apart from that though, a few other things fell short. What bothered me the most were the changes to the actual songs that were in the movie. A few new songs were added, which is perfectly fine, but the existing songs were altered and sometimes presented in a way very different to the movie. The extra characters worked quite well for the story the way it was presented, but again, it bothered me that it was so different from the movie. For most viewers that might not be much of an issue, but it just made me very uncomfortable while watching and I couldn’t quite get over this hang-up.

Overall I still enjoyed the show very much, but it could be quite a bit better if it had stuck with the original material more. It’s still absolutely worth seeing for the glory that is Genie whirling across the stage and just filling the whole auditorium with his vibrant personality.