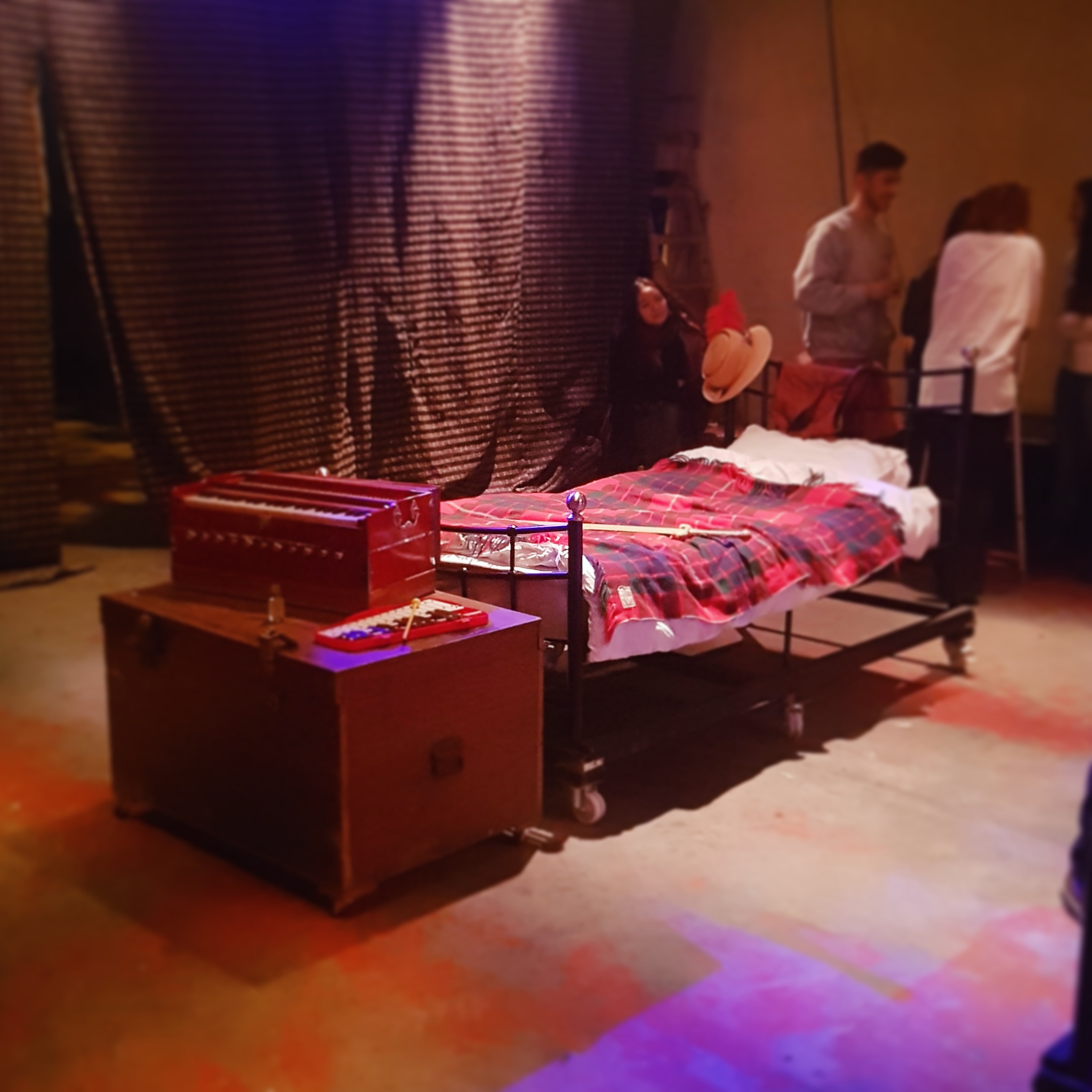 When I read about Neverland at the Vaults Festival by The Guild Of Misrule , I remembered all the other immersive events I’ve done at the Vaults so far, and promptly grabbed tickets to experience this fun sounding show.

It all starts in the Darlings’ bedroom with the “children” inviting patrons to join them in games. The actors all had great energy and were fantastic at getting people involved, but the room and set design weren’t used to their full potential. A few rolling beds and very sparse, loveless decorations here and there, that was it. The room, and entire show, could have been so much more intimate and immersive with a little more effort in set dressing.

As the story moves along, the audience is split up into groups and led through different parts of the sets, which are all set and dressed much more lovingly with more immersive room designs, to see different sides of the story evolve around them. At first this seemed like a really fun feature as it gaves us the chance to be in smaller groups, and to get involved more, but as the experience progresses it showed quite clearly that these smaller groups were very uneven, in size as well as in what parts of the story they were shown. The groups seemed to be brought back to the same parts of the set again and again, my group only got to see two extra rooms and missed out on quite a few other spots which I would have loved to explore.

Still, the actors did their best with what they were given and tried to keep excitement and participation up as much as they could, though they seemed to fight an uphill struggle as the audience slowly lost interest in the incoherent story that seemed very hard to follow or make sense of in any way. It felt like they were trying to make a statement about holding on to childlike joy, as seems to be the biggest message in any Peter Pan variation, but the loose connection to modern time and the jumping from scene to scene was just confusing and led to the story being disjointed and confusing.

The level of immersion was also very unevenly distributed, with some people given quite large roles and being called on again and again while others weren’t involved at all. Some of the actors’ instructions of what to do (step closer, move away, sit down, stand up, etc.) were directly conflicting, leading to several audience members just giving up and standing off to the side to watch rather than participate.

The worst part was probably the speech towards the end though. It just dragged on and on and on and on without making any distinctive points. Though presented with passion and conviction, it just seemed to be a repetitive rephrasing of the same message over and over again. This speech was so difficult to get through and just ended up annoying me, as being made to stand in a crammed crowd just to hear someone trying and failing to get a reaction from the audience is definitely not a favourite thing to do for me.

Overall, the actors definitely tried their hardest, but the material they were given needs work. A lot of work! I’m giving points for effort, but simply can not recommend this show in any way.