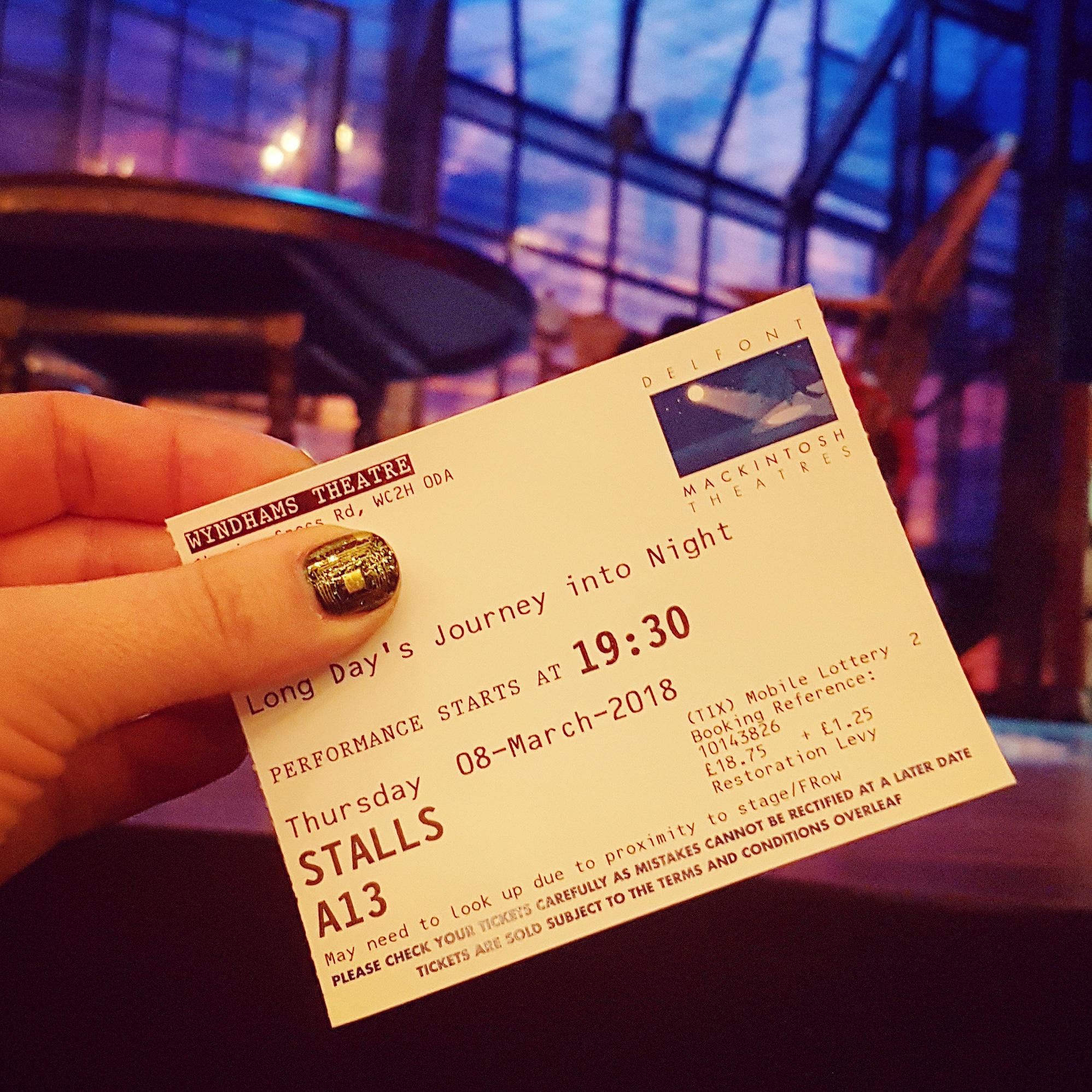 While Long Day’s Journey Into Night at the Wyndham’s Theatre is a very long play, it also sounded intensely interesting. I was lucky enough to win the front row lottery, so I headed to Leicester Square to settle in for this ride.

Director Richard Eyre and designer Rob Howell come together to create a memorable experience. It is August 1912 in Connecticut, the Tyrone family is desperately trying to hold it together while obviously fraying at the edges. This long play, originally written in four acts, but here performed in just two, lets us join the family for an entire day, from sunrise to around midnight, while they struggle through personal problems that seem harder and harder to overcome.

Mary Tyrone is stunningly portrayed by Lesley Manville, who runs through seemingly endless monologues with stunning speed and conviction, showing a woman at the edges of sanity, desperately hiding her unhappiness and morphine addiction from her husband and sons, who try to hide their awareness of her problems as to not make her more unhappy or uncomfortable.

James Tyrone is Mary’s husband, who tries to feign affection for her and their two sons, but seems entirely disconnected from family life, longing for a past long gone. Played to perfection by Jeremy Irons, who manages to give this harsh and torn character an underlying charm that almost redeems his worst behaviours, James juggles between supporting his family, ignoring the all too obvious problems, and the seemingly intense urge to just run and hide from everything that is tearing this family apart.

The two sons, one suffering from tuberculosis but trying to conceal the grim reality, the other a drunkard and gambler, do their part to show a family in turmoil, a mother torn apart and a father at his wit’s end. As day slowly turns into night, emotions are laid bare and depths of connection and disconnect brought to light.

This production is absolutely intense and stunning in the way it is portrayed. With the sweeping, perspectively unbalanced and very open set design creating an unsettling backdrop, while all four actors melt into their roles and convincingly go through the motions of trying to please and appease their struggling mother while barely holding it together themselves.